Astronauts have long been lauded as heroic explorers of the stars, but it is their skills in confined space that may appeal more now to residents of urban Japan weary of life under a state of emergency.

Atsuhiro Mitsumaru, principal medical officer of the Human Spaceflight Technology Directorate at Japan's space agency, says a comparison can be drawn between life on the International Space Station and staying at home in these days of the coronavirus pandemic. 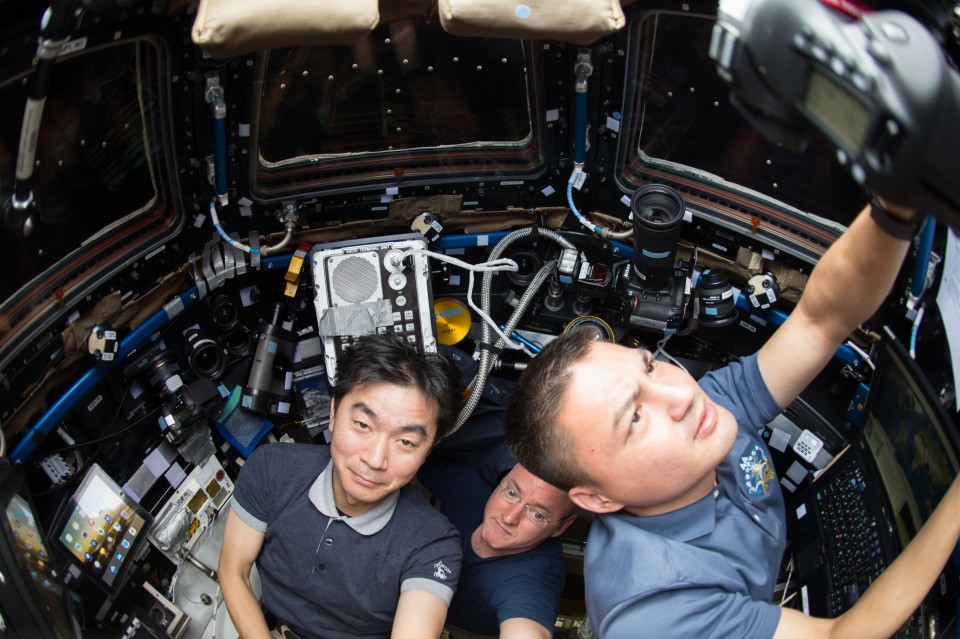 "We can say that both are stressful," he said in a recent interview with Kyodo News. "What the two situations have in common is that people are in a confined space for a long period, with restrictions on interaction with others."

The nationwide state of emergency imposed in April has been lifted in most parts of Japan, but it remains in force in Hokkaido and the Tokyo and Osaka metropolitan areas. Residents of the Tokyo and Osaka regions have been asked to refrain from nonessential outings since April 7.

While not all the experiences of astronauts, as highly trained professionals who go through a rigorous selection process, are necessarily applicable to stay-at-home life on Earth, the challenges are essentially the same, with the Japan Aerospace Exploration Agency listing a sense of isolation from ordinary life and interpersonal issues as key sources of stress on the ISS.

"Spending time in an enclosed space is stressful, no matter how close you are with the people you are staying with," Mitsumaru noted.

The doctor said that for ISS crew members, it is diverse backgrounds rather than personality differences that tend to prove the most challenging to manage in the confined environment, citing a study that found language problems and different attitudes toward gender relations were factors that had a major impact on relationships onboard the space station. 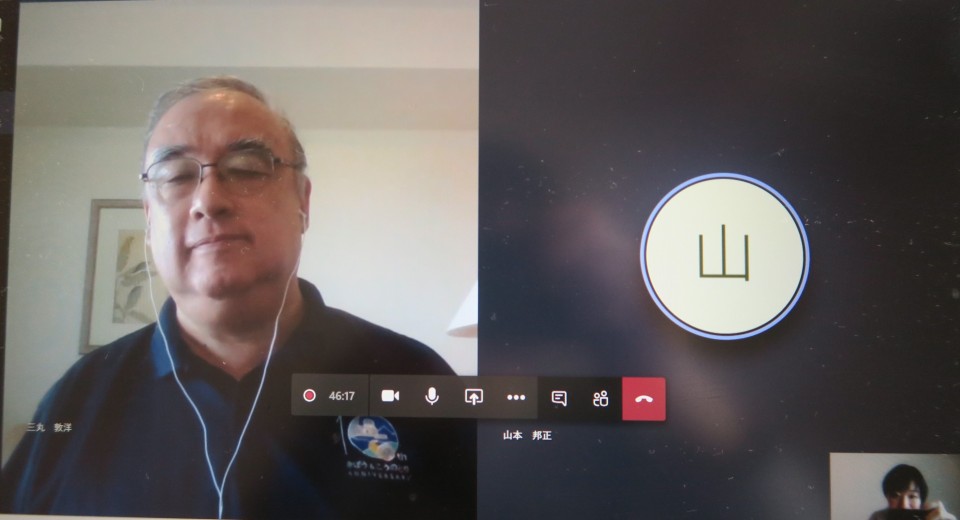 But, in a possible lesson for stressed families, he said keys to a harmonious crew include how astronauts communicate with each other and their teamwork.

To mitigate stress, the space agency sends JAXA astronauts their favorite music and movies and sets up video calls for them to speak with their families and psychological experts, Mitsumaru added.

In a similar way, he said, it was particularly important to reach out to those at home who have found themselves suddenly isolated from all contact since the virus broke out.

"My concern under this stay-at-home request is the situation of the elderly living alone," Mitsumaru said. "Other than using messaging apps and video calls, writing letters may also be a good idea to stay in touch." 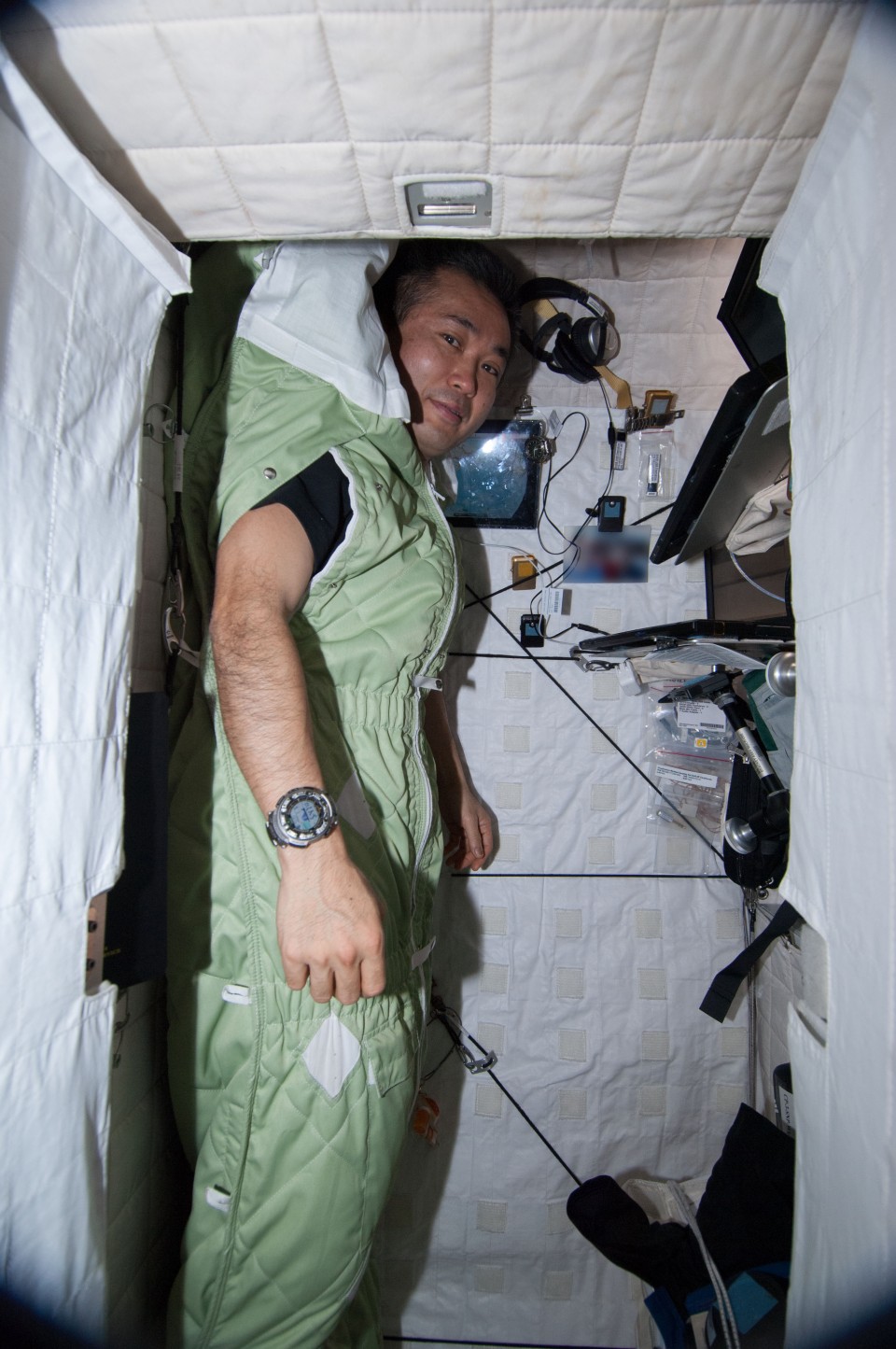 (JAXA astronaut Koichi Wakata shows how he sleeps in his crew quarters on the International Space Station on Jan. 5, 2014.)
[Courtesy of JAXA/NASA]

For other practical tips to combat isolation, JAXA astronaut Koichi Wakata, the first Japanese to become an ISS commander, said in an email response that special occasions could play a role in boosting mental wellbeing.

He cited dining together with special meals from each crewmember's country as well as receiving care packages from friends and family via cargo spaceships.

"It depends on the crew, but exercising is important not only for staying fit physically but also for decreasing psychological stress," Wakata said. 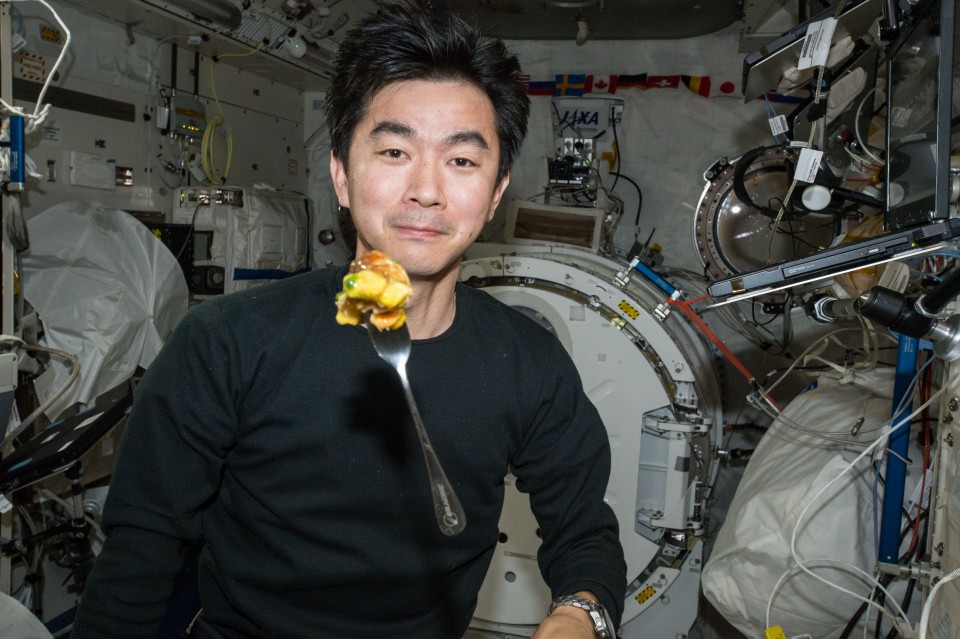 (JAXA astronaut Yui Kimiya poses for a photo while eating a space food version of soy-sauce "ramen" noodles on the International Space Station on Aug. 31, 2015.)
[Courtesy of JAXA/NASA]

Kimiya Yui, a JAXA astronaut who stayed on the ISS in 2015, also pointed out the importance of sharing meals as a means for developing teamwork on the space station but said there was a danger in setting expectations too high.

"Not being able to have special meals as expected on special occasions would cause stress and could affect teamwork," he said in an email.

For a family self-isolating at home, this might mean being realistic in setting goals for such occasions.

To avoid a buildup of interpersonal tensions, meanwhile, Yui suggested that clear communication rules might help solve problems while they are still manageable.

"People feel differently about things such as tidiness, noise, and smell. To decrease everyone's stress and to establish a lifestyle that won't make anyone uncomfortable, we had agreed to point out anything uncomfortable we find with other's behavior," Yui said, while noting that this rule requires a certain level of trust.

Akihiko Hoshide, a JAXA astronaut currently training for his third mission on the ISS, added that humor was also important in keeping the lines of communication open. 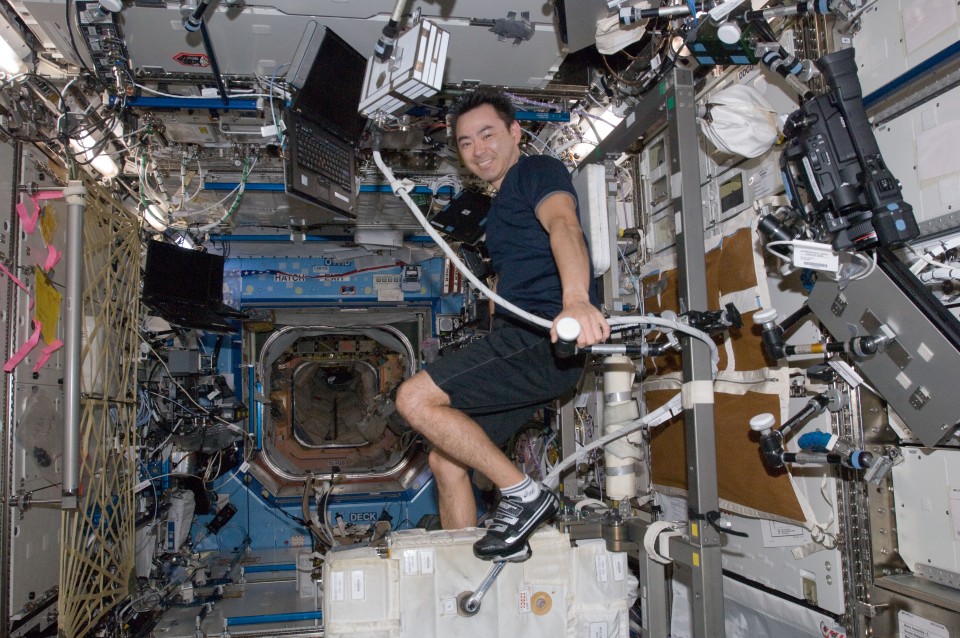 "I think being able to laugh and enjoy chitchats among the crew or with personnel on the ground had a good psychological effect," Hoshide said in an email.

Having a variety of tasks, experiments, meals, and change of crewmembers prevented him from getting bored while staying on the ISS for long periods, he said.

Although advice from astronauts on how to cope with stress may provide helpful tips for enduring stay-at-home life, Mitsumaru warned against trying to put everything they do into practice, lest it becomes a goal that just creates more stress.

Not only are astronauts rigorously screened, but they voluntarily participate in missions, unlike people in self-isolation amid the pandemic who have little choice.

Mitsumaru said that one takeaway from the astronauts' story might be the importance of taking a proactive approach to self-isolation, pointing out that astronauts try to enjoy the stress when it is unavoidable.

He suggests being conscious of the safety of yourself and those around you.

"I think it will be a good idea to have an active mindset such as 'I am refraining from going out and choosing to stay home to protect the lives of my loved ones' or thinking how to enjoy the time you have," Mitsumaru said.

"I'm happy if the stories of the astronauts are helpful, but copying them (all) won't work," Mitsumaru said. "Solutions are inside you. Seeing things, experiencing things, and thinking them through to find your answers will be important."