One in every 13 university students in Japan is considering leaving school as the coronavirus outbreak has left many of them without a source of income or financial support, a recent survey has found.

The online survey, conducted by Free, a student group advocating tuition-free higher education, showed that about 60 percent suffered a loss of income, while about 40 percent said their parents and other financial supporters were dealing with economic losses.

The survey, which covered some 500 university and college students, said 37.4 percent said they were making less from their part-time jobs, while 23.0 percent they were bringing in no income at all. 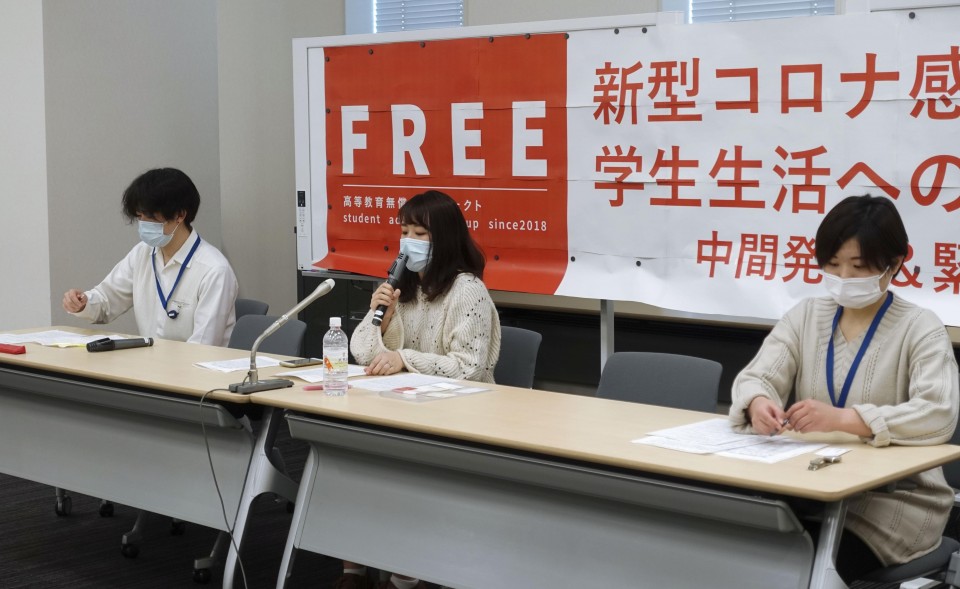 (Members of a university student group advocating free tuition at Japanese colleges hold a press conference in Tokyo on April 22, 2020, to call for a cut in tuition for students losing revenues from part-time working amid the coronavirus pandemic.)

"My father runs a business, but its sales dropped by 80 percent," one of the respondents wrote in the survey. "My parents tell me to study hard and not to worry about money, but I am worried if I would end up having to quit my university."

Others commented they are worried about whether they can pay their tuition after losing their part-time jobs because of the economic impact of the virus spread.

Referring to the survey results, Shizuka Iwasaki, 21, who heads the group, urged the government to cut by half tuition for all university students at a time when more people are in jeopardy of becoming cash-strapped.

"We don't know when this situation would come to an end, and there could be an increase in the number of people who don't know what to do about tuition," Iwasaki, a senior at the University of Tokyo, said at a news conference last week.

After Prime Minister Shinzo Abe declared a state of emergency on April 7 over a surge in the number of virus infections, the government asked businesses to suspend operations and people to refrain from making nonessential outings to contain a further spread of the virus.

Schools were also closed, and 85.8 percent of the roughly 900 universities and colleges responding to a government survey said as of April 10, they have decided or are considering postponing the start of the semester.