The "G-Satellite," which contains two figures from the animation series, was launched to the International Space Station on Friday aboard a SpaceX/Dragon cargo flight from Cape Canaveral, Florida.

It will reach the space station on March 9 at 8 p.m. Japan time. 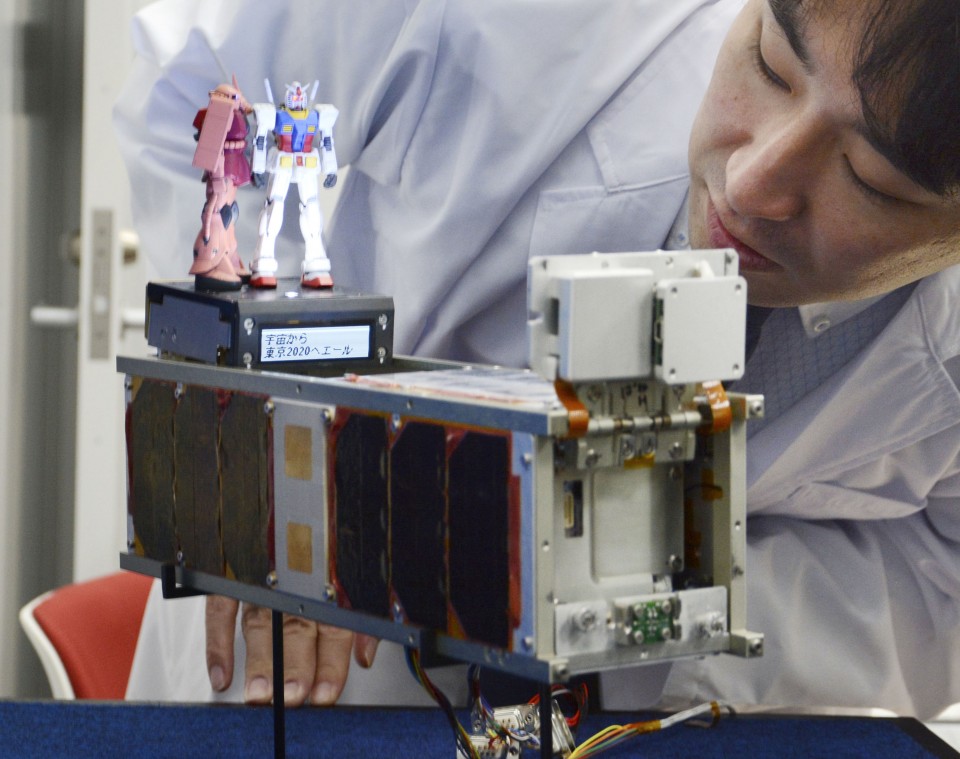 The satellite will be released into its own orbit in the latter part of April and will orbit the earth during the Tokyo Olympics and Paralympics, the first time a satellite will be used to celebrate the games.

According to organizers, the satellite with an electronic bulletin board and seven small cameras will send back images of the model robots and messages displayed in English, French and Japanese.

The initiative is part of the Tokyo 2020 One Team Project launched in collaboration with the University of Tokyo and the Japan Aerospace Exploration Agency.

The space station will also play a part in the Olympic and Paralympic torch relays, when Japanese astronauts Soichi Noguchi and Akihiko Hoshide send messages to torchbearers from orbit.