The two Mongolian-born grand champions came into Day 15 tied for the lead at 12-2, setting up a tantalizing winner-take-all battle in the final bout of the meet at Edion Arena Osaka.

Following a false start from Hakuho, Kakuryu gained an early advantage thanks to a shallow belt grip, but the all-time great countered with a belt grip of his own.

After repositioning his feet, Hakuho muscled his opponent over the straw for a frontal force-out that denied Kakuryu (12-3) a seventh Emperor's Cup.

Meanwhile, sekiwake Asanoyama solved sumo's ozeki shortage by going 11-4 and earning a recommendation for promotion to the sport's second-highest rank. For the first time in 38 years, this tournament took place with just one ozeki, Takakeisho, on the books.

The 15-day tournament, however, will be remembered as the first in sumo history to be held in an empty arena after spectators were locked out due to the coronavirus pandemic.

"On the very first day, I felt really strange, and it was really difficult to maintain motivation," Hakuho said. "There were a lot of ups and downs, but it was not just me. Everybody felt the same way." 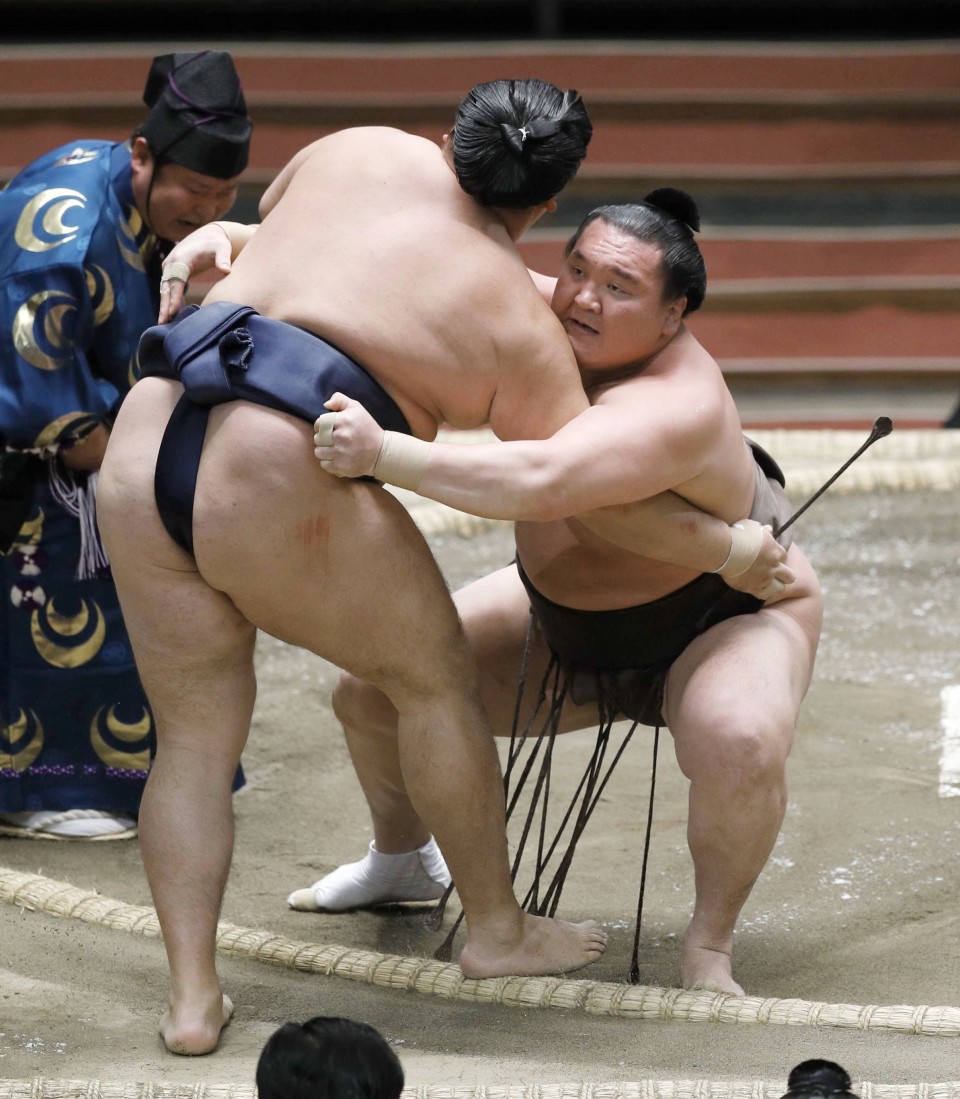 Visibly exhausted after winning the longest bout of the day, the 35-year-old credited his mental strength for helping him secure victory after Kakuryu had taken the upper hand.

"I was able to regain calmness and I think I was able to move very nimbly," said Hakuho, who took Japanese citizenship last year.

"To undergo such an unprecedented tournament is not just a very good experience for my sumo career, but my life as a whole."

In the penultimate bout, Takakeisho battled Asanoyoma with a winning record and promotion on the line, respectively.

Takakeisho (7-8) opened with a powerful drive that forced Asanoyama to the edge, but the sekiwake grabbed a belt grip that gave him the momentum for a push-down victory.

Takakeisho must now contest the next tournament as a demotion-threatened "kadoban" ozeki, while Asanoyama is now poised to join him as the sport's second ozeki. 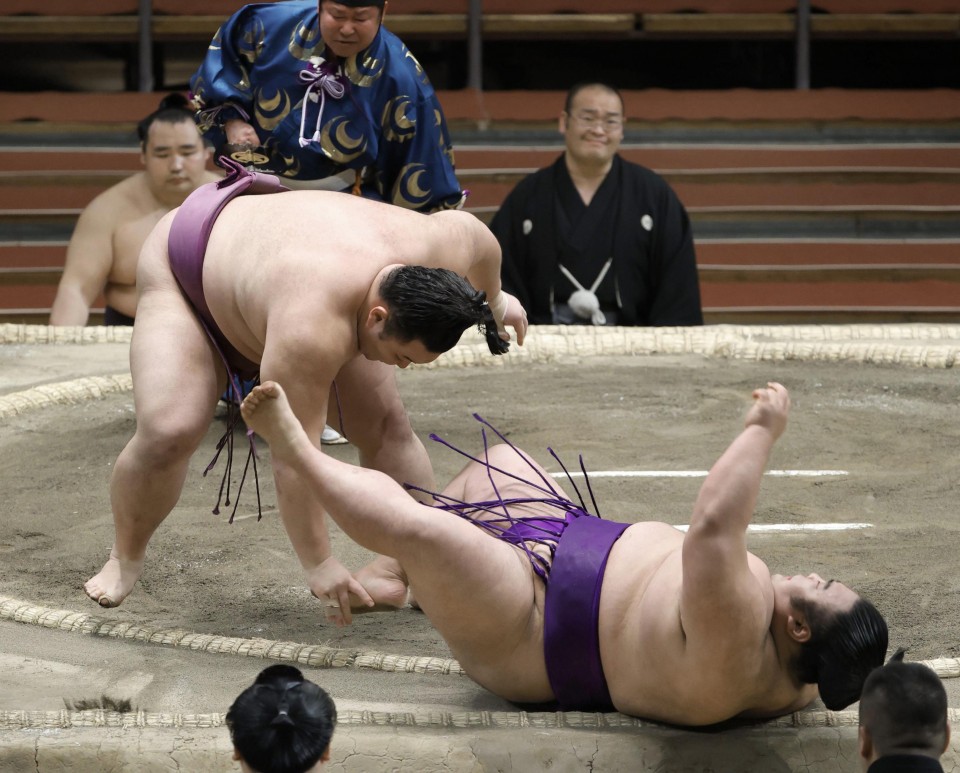 No. 9 maegashira Takanosho (12-3) capped off an excellent 15 days by pushing down sekiwake Shodai (8-7). The 25-year-old, who won his first Fighting Spirit Prize, will go into the next meet with his highest-ever ranking.

Komusubi Endo fell to No. 7 Takarafuji (9-6) by push out, ending with a 7-8 losing record that will see him drop out of the three "sanyaku" ranks below yokozuna.

Komusubi Hokutofuji will also start the next meet back among the rank and file after a 4-11 finish. The Saitama native was forced out by No. 8 Shohozan (4-11).

A day after relinquishing his share of the lead, No. 13 maegashira Aoiyama took home the Technique Prize for an impressive 11-4 tournament in which he made a surprise tilt at the title.

"I hadn't even thought about (the championship) until halfway through the tournament, and at that point I realized I was a marked man, which made me nervous," said the 33-year-old from Bulgaria, who lost his final-day bout to No. 12 Ishiura (9-6).

The Outstanding Performance Prize winner, No. 5 Onosho, finished at 9-6 after beating No. 3 Mitakeumi (10-5).

Onosho, a 23-year-old former komusubi who earned a "kimboshi" prize for beating Hakuho on Day 10, said he did not expect to be recognized as a top performer.

"I just did what I was supposed to do. I am very happy (with the prize), as it was unexpected," Onosho said. "I've been trying a lot of things, which might finally be bearing fruit."

No. 2 Okinoumi finished at 8-7 after beating No. 13 maegashira and former ozeki Kotoshogiku (7-8) in a battle of rank-and-file grapplers with seven wins.