Taiwan beating the odds on COVID-19 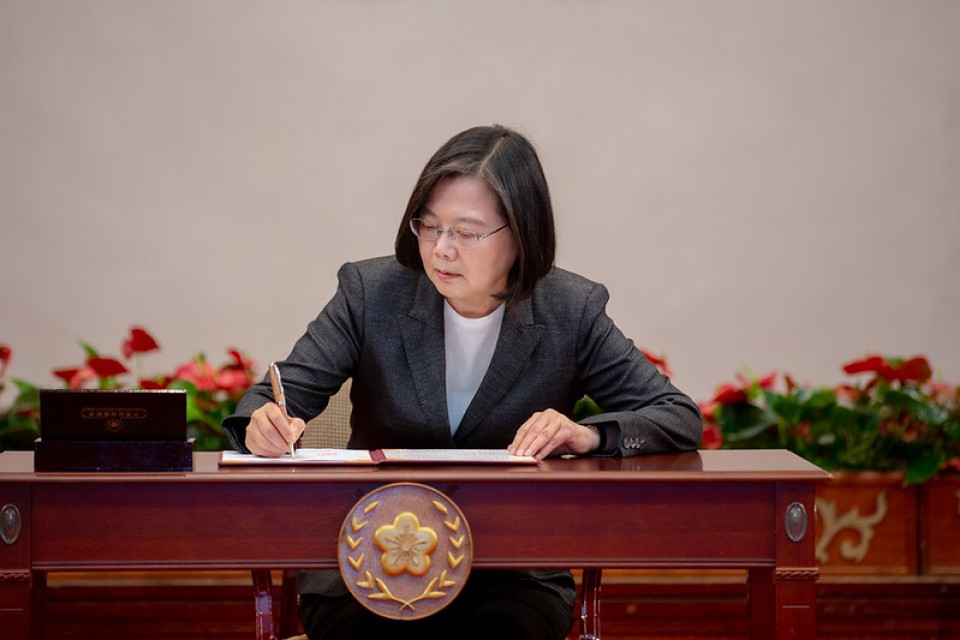 (Taiwan President Tsai Ing-wen signs into law a special bill allocating NT$60 billion (US$2 billion) to fund containment and control efforts of the new coronavirus on Feb. 25, 2020)[(Photo courtesy of the Presidential Office]

TAIPEI - In the months since reports began to emerge about a new coronavirus outbreak in the Chinese city of Wuhan, over 100,000 cases have been confirmed worldwide, a figure many agree is far below the actual number.

More than 4,000 people have died, the majority in China, and while infections there are beginning to subside, dozens of new hotspots have appeared in Europe, North America, the Middle East and Asia.

Surprisingly, one of these hotspots is not Taiwan, which ranked 30th on the list of infected areas including the Diamond Princess cruise ship, with 45 cases, 29 still active and one death, as of Monday.

By comparison, South Korea has over 7,000 confirmed cases, with hundreds of new ones reported daily, while Japan has had nearly 1,200 people infected, with about 700 of them from a cruise ship.

This is not what was predicted by early risk assessments that identified Taiwan among the most likely to see a rapid spread of the virus due to its proximity to China, where hundreds of thousands of Taiwanese work, and considering the extensive travel across the Taiwan Strait. 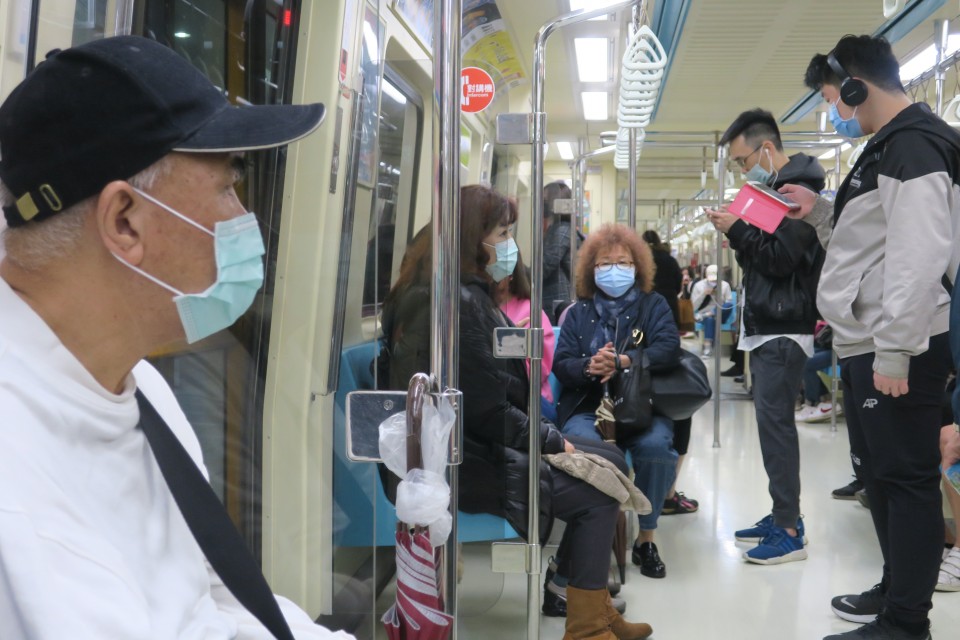 To make matters worse, the virus appeared just before the Lunar New Year, when thousands of Taiwanese were heading home from China to spend the holiday with family.

Several reasons have been cited for Taiwan's success in limiting the coronavirus' impact despite obvious disadvantages.

Perhaps foremost among them is preparation.

Following the 2003 epidemic of severe acute respiratory syndrome, which killed 73 in Taiwan, the highest number outside China and Hong Kong, the government passed legislation to facilitate a more effective response to future outbreaks.

Notably, the National Health Command Center was established to coordinate efforts in a variety of rapid onset scenarios like the one that now threatens.

In a recent interview, Taiwan's Vice President Chen Chien-jen, an epidemiologist by training and health minister during the SARS crisis, identified key elements of the program to include transparency, information sharing, staffing agencies with relevant experts, interagency cooperation and coordinating the efforts of government labs with hospitals and other medical facilities across the island.

Infrastructure developed by the NHCC enabled a remarkably quick response to initial reports from Wuhan, with Taiwanese health officials boarding flights from the region as early as Dec. 31 to check passengers for symptoms.

And as the seriousness of the outbreak became clear, the legislature passed a special bill allocating NT$60 billion (US$2 billion) to fund containment and control efforts, including border control, paid leave for caregivers and the sick, the manufacture of essential equipment like face masks, forming protocols for tracing sources of infection and reducing the risk of transmission in settings such as schools, hospitals and transportation systems. 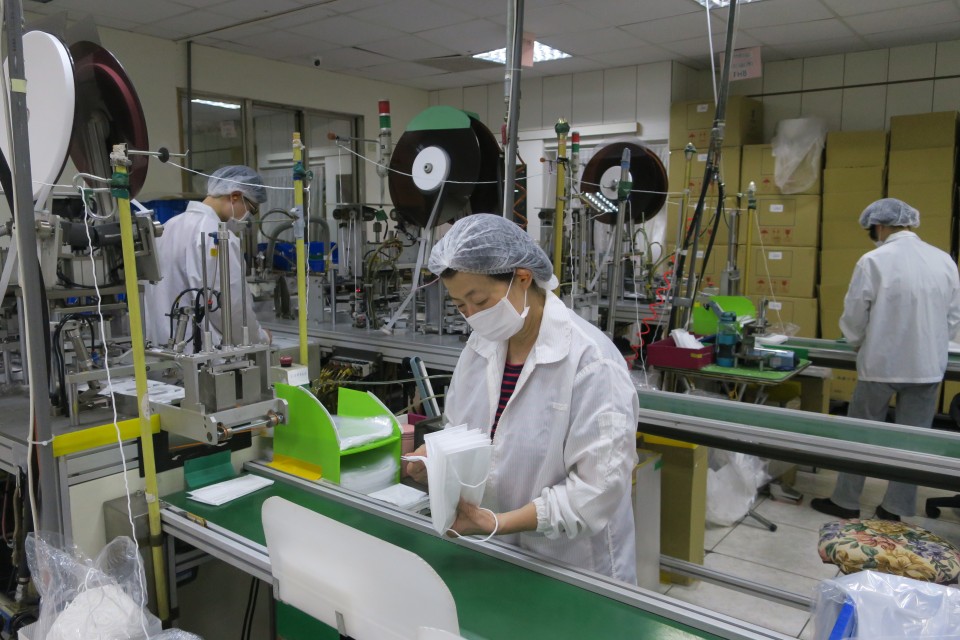 One innovation proving especially useful as COVID-19 spreads has been the integration of data from Taiwan's National Health Insurance Administration and the National Immigration Agency, so that hospitals, clinics, and pharmacies island-wide have access to patients' travel histories in order to identify individuals for testing who have traveled to high risk locations.

Seeking to fill gaps in the safety net, officials have also reached out to supply foreign envoys, their staff, families and visitors with face masks and other services that otherwise require a resident identification to obtain.

The chief representative in Taipei of the Japan-Taiwan Exchange Association, Hiroyasu Izumi, said Japan has much to learn from Taiwan's example in fighting infectious disease.

In addition to planning, the quality of Taiwan's health care system has been given credit for its success in tackling COVID-19.

A compulsory single-payer system established in 1995 that provides comprehensive medical services to all legal residents, the NHIA is currently ranked the world's best health care provider by the Numbeo Health Care Index, followed by South Korea and Japan.

To date, 15 people who contracted the virus have recovered, while one patient died of the illness, an elderly man with multiple pre-existing conditions.

In addition to a high recovery rate, hospitals have managed to reduce internal transmissions between patients and medical staff, a primary cause of infection from SARS in 2003.

Oddly enough, China's longtime insistence that Taiwan be excluded from the World Health Organization may also have aided its disease prevention efforts. As with other outbreaks like swine flu in 2009 and MERS in 2013, allies Japan and the United States have helped by relaying up-to-date WHO information and disease prevention knowhow.

However, being outside the official loop has required that island authorities be extra vigilant, with self-sufficiency a necessary objective.

Cruise ship off California docks in port to unload passengers

Containing the coronavirus may be impossible at this point: expert

Polls suggest the public has been happy with the government's handling of the crisis.

Yet success bears its own risks.

Speaking in Taiwan's legislature last week, Chen, the health minister, warned that people must not grow complacent, saying "Local transmission is inevitable. We must make preparations as though we are facing a more serious situation."

Other weaknesses are systemic, like potential carriers who don't appear on official checklists.

During SARS, foreign workers often fell through the cracks, either because information was circulated only in Chinese, which many didn't understand, or because working conditions isolated them from testing and other services. Particularly vulnerable were domestic workers who cared for the sick and elderly.

Many of these problems have been resolved.

But two weeks ago, a caregiver working without documentation disappeared after the man she cared for was hospitalized. When authorities finally located her, she too tested positive, having contracted the virus from her employer.

Apart from the safety of migrants themselves, with an estimated 52,000 working illegally on the island, all trying to remain off the grid, the potential for transmitting the virus is significant.

A similar problem arises with legal workers, foreign and native-born, as the risk of community transmission increases.

Officials have warned of the negative effects of COVID-19 on the economy, with tourism and retail sales already taking a hit as consumers stay home, while manufacturing is slowing due to disruptions to international supply chains.

Yet if the workplace becomes a locus of infection, workers and employers will face difficult choices.

Happily, these have been made less painful by promised government compensation for furloughed workers and tax breaks for companies affected.