Coming into the free routine with a 5.25-point lead, the 17-year-old Japanese scored 151.16 points to top the 21-woman field with a two-program total of 232.34 points at Mokdong Ice Rink. Kihira became the tournament's first men's or women's champion to win consecutive titles. 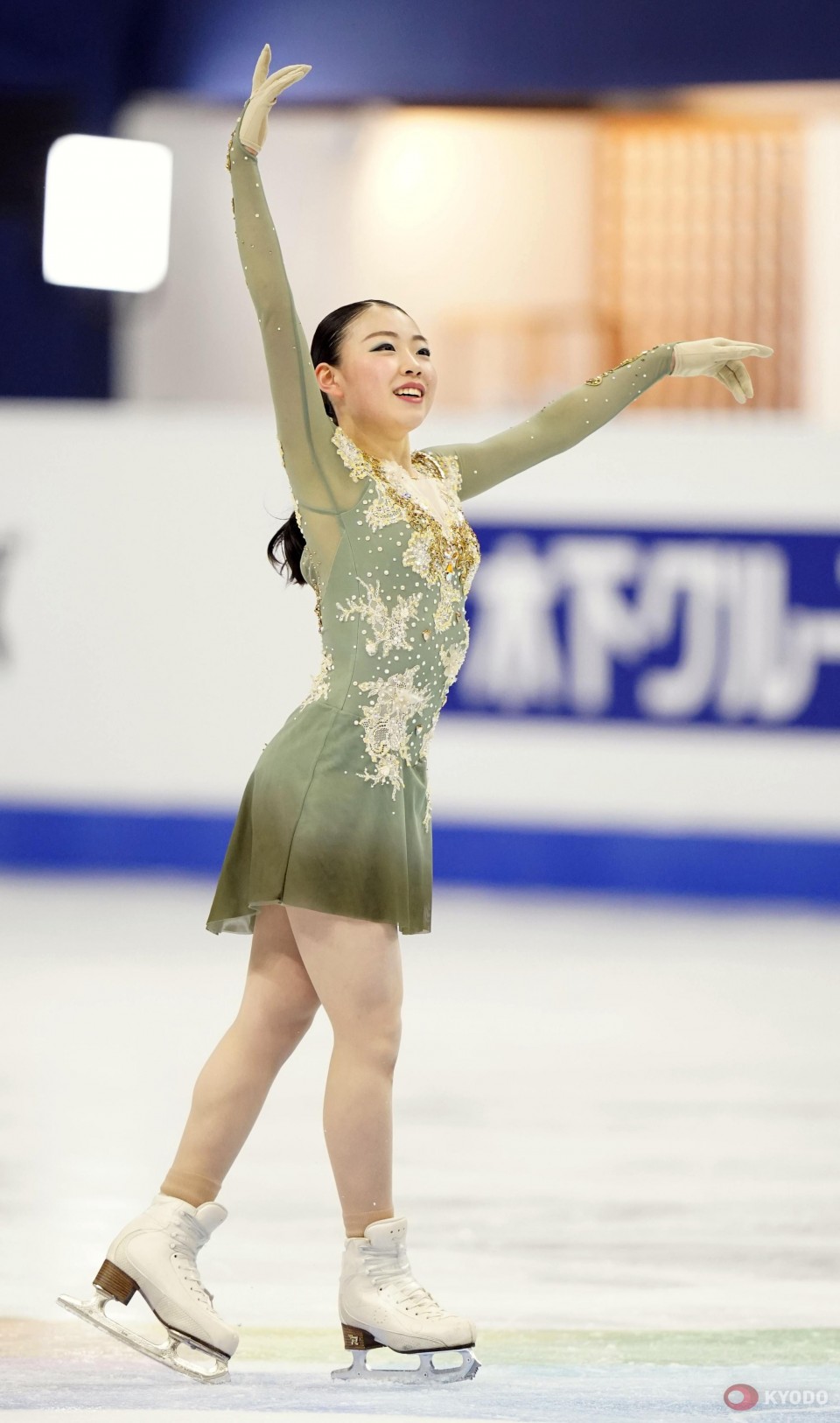 Skating after South Korea's You Young brought the house down to take the lead, Kihira nailed her opening jump, a triple salchow, but singled the triple axel that followed.

After that, however, Kihira diverged from the program she was expected to skate, switching from single jumps to a triple axel-double toe loop combination.

"I began rushing when my first triple axel became a single, but I recovered in the second half and gained a great deal by managing to rearrange my program," Kihira said. 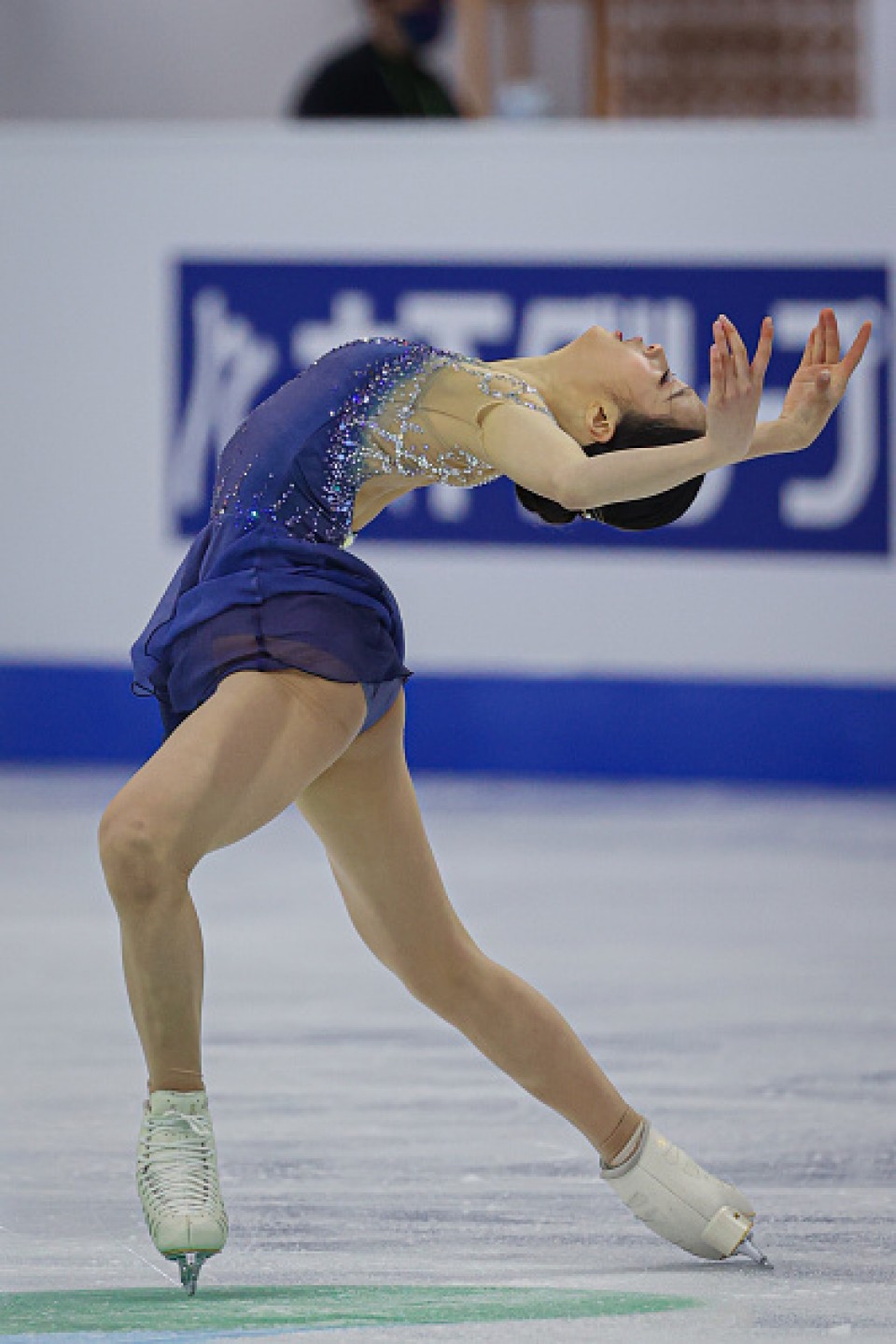 (You Young of South Korea)
[Getty/Kyodo] 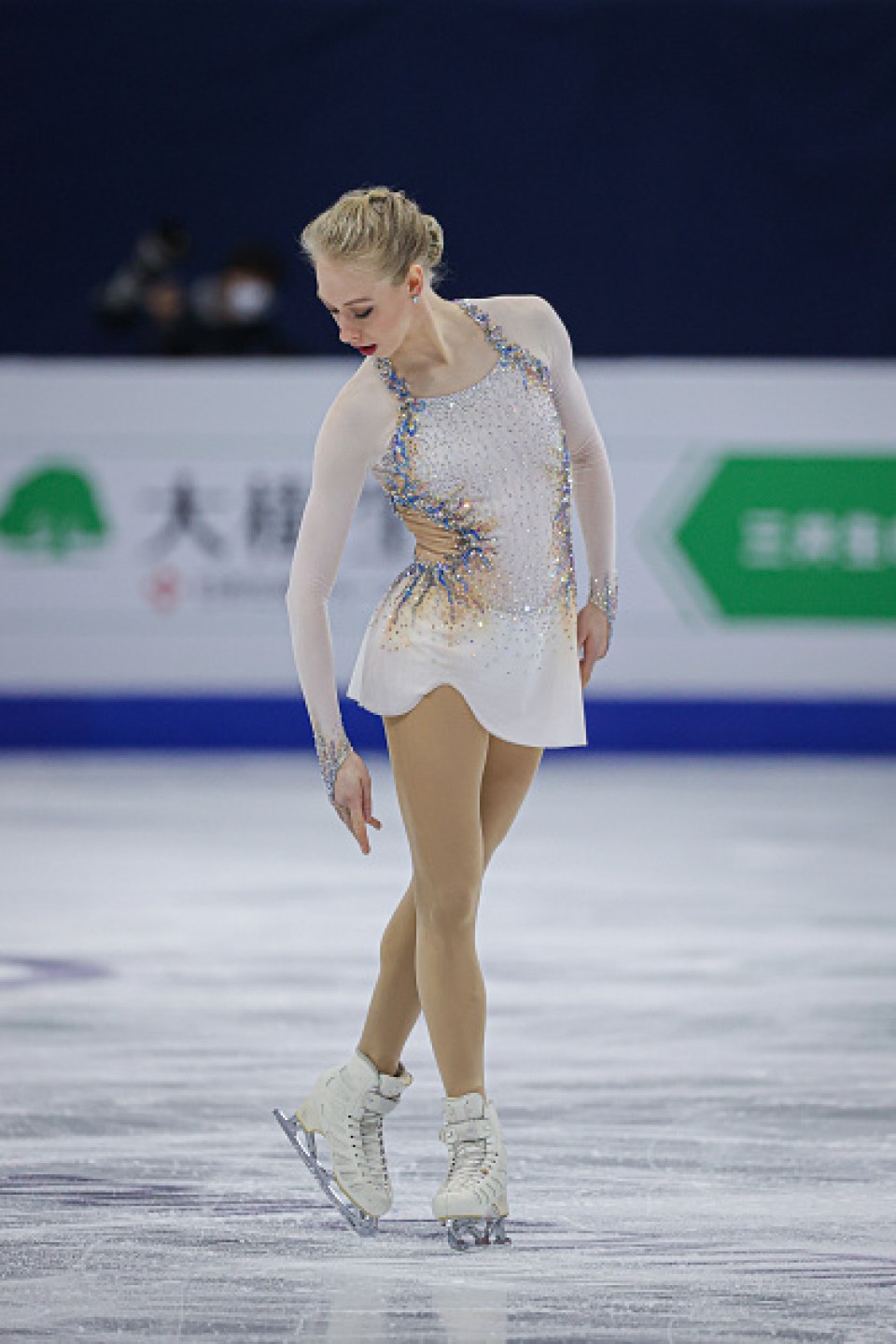 "I made the right decision to stay away from the quad salchow. Winning was my No. 1 goal, and I was able to seize the victory I was aiming for."

You was runner-up, 9.11 points behind, while Bradie Tennell of the United States was third at 222.97.

Japanese skaters have dominated the top podium spot in the women's event for five consecutive years. Kaori Sakamoto won the 2018 edition in Taiwan, while Mai Mihara and Satoko Miyahara claimed the 2017 and 2016 titles, respectively. 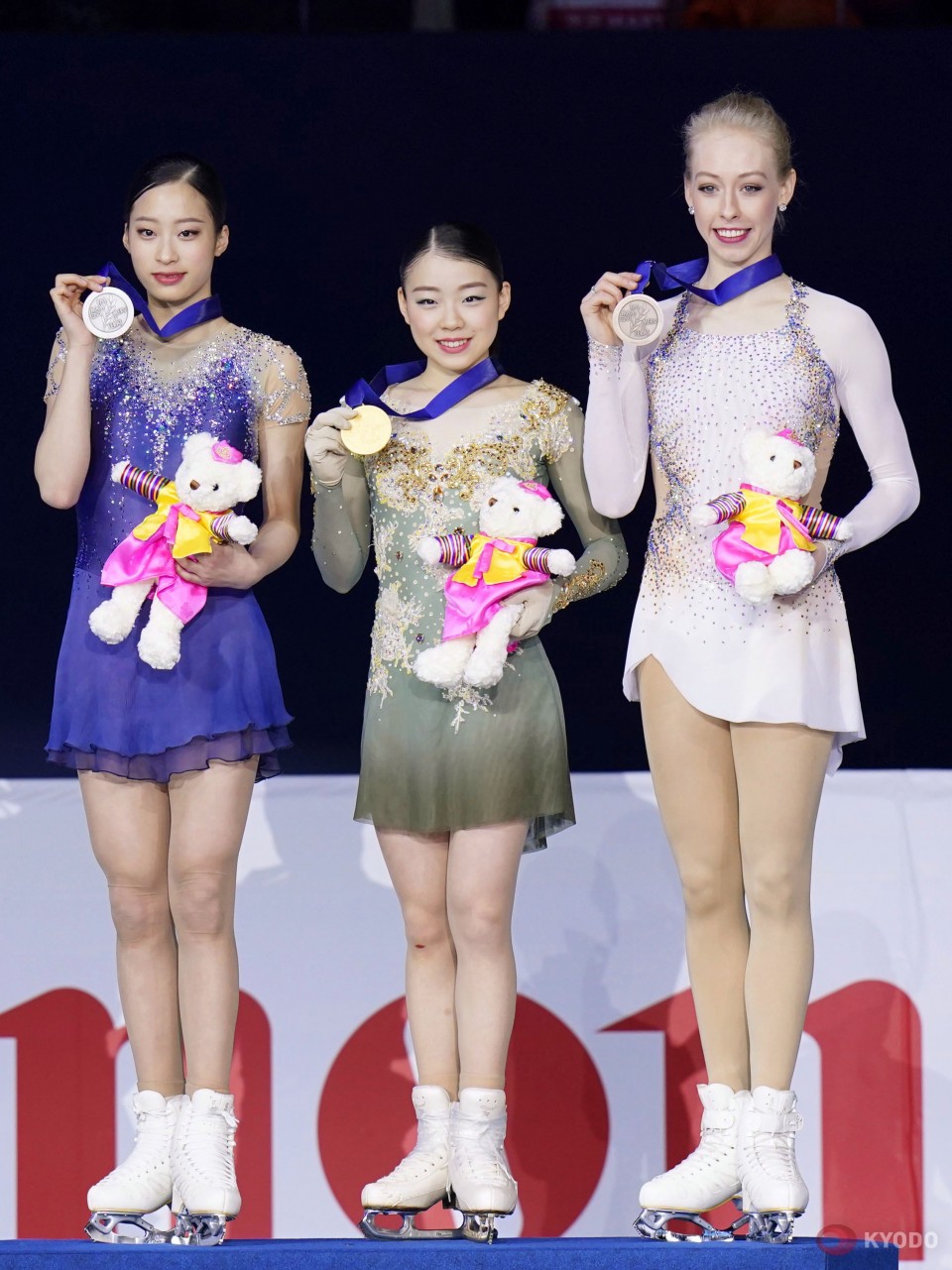