He was among 94 former professional baseball players and coaches who became qualified to train amateur ballplayers, according to the Japan Student Baseball Association.

The qualification is needed before former pros are allowed to teach high school or college students. Although Suzuki is still employed as an instructor for the Seattle Mariners, he was given a special exemption out of consideration for his contributions to the game and that his role with the Mariners does not involve him in scouting or amateur recruitment.

The 46-year-old Suzuki will be allowed to work with amateur players at his old school, Aichi Prefecture's Aikodai Meiden High School, from the end of the Mariners' season until the start of spring training in February. 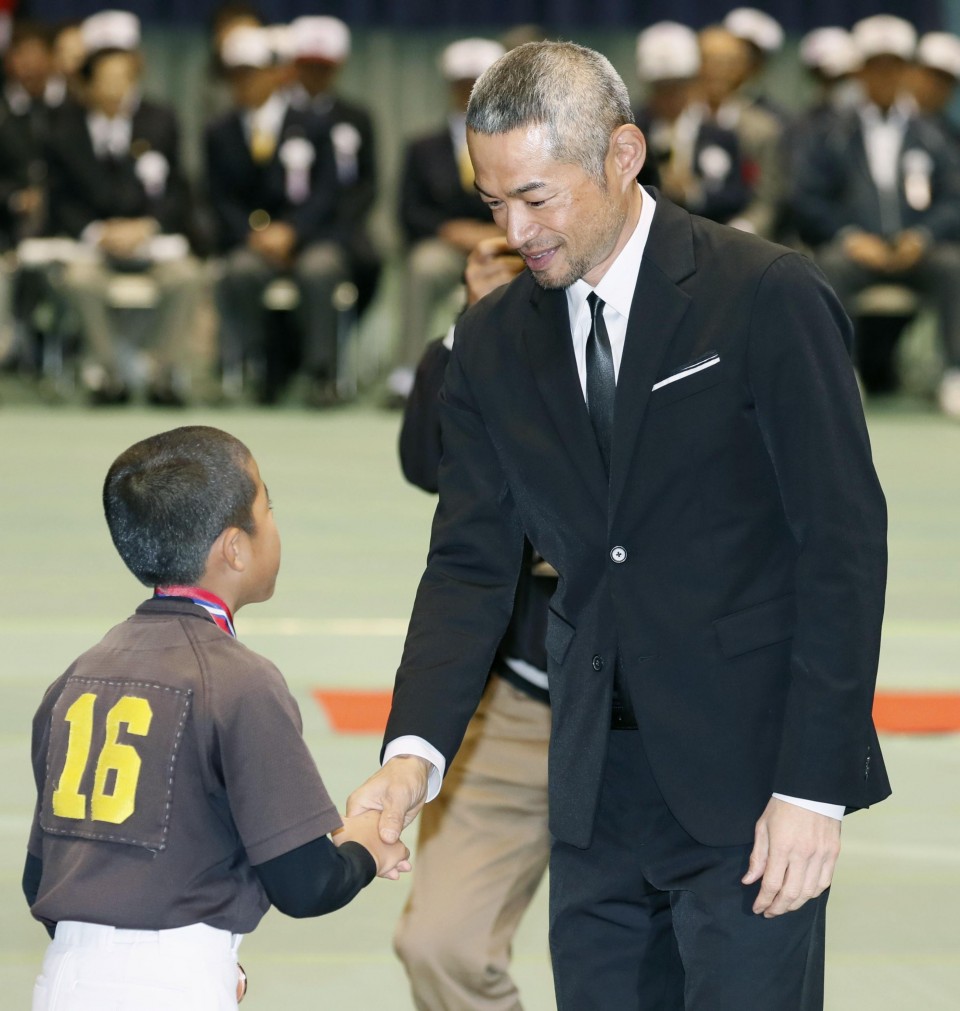 (Ichiro Suzuki attends a closing ceremony of a baseball event for children sponsored by him in Toyoyama, central Japan, on Dec. 22, 2019.)

The successful candidates can now freely work with students at their former schools, and can train players elsewhere provided they register with the regional high school and college federations.

For more than half a century, Japan's amateur federations have severely restricted professionals' contact with amateur players because of pro clubs' long history of recruiting violations. These have ranged from signing amateurs in the middle of their teams' seasons to paying amateurs and their coaches under the table in order to help influence the decisions of players who later turned pro.

Suzuki and the other candidates were required to attend seminars and submit compositions in order to qualify. According to Kazuhiro Tanabe, a director of the Japan High School Baseball Federation, Suzuki wrote in his composition, "I want to contribute to a better relationship between pros and amateurs."