A Peruvian man of Japanese descent filed a damages suit Thursday against the state, alleging he was manhandled and suffered a fractured arm while detained at an immigration facility in Osaka in 2017. 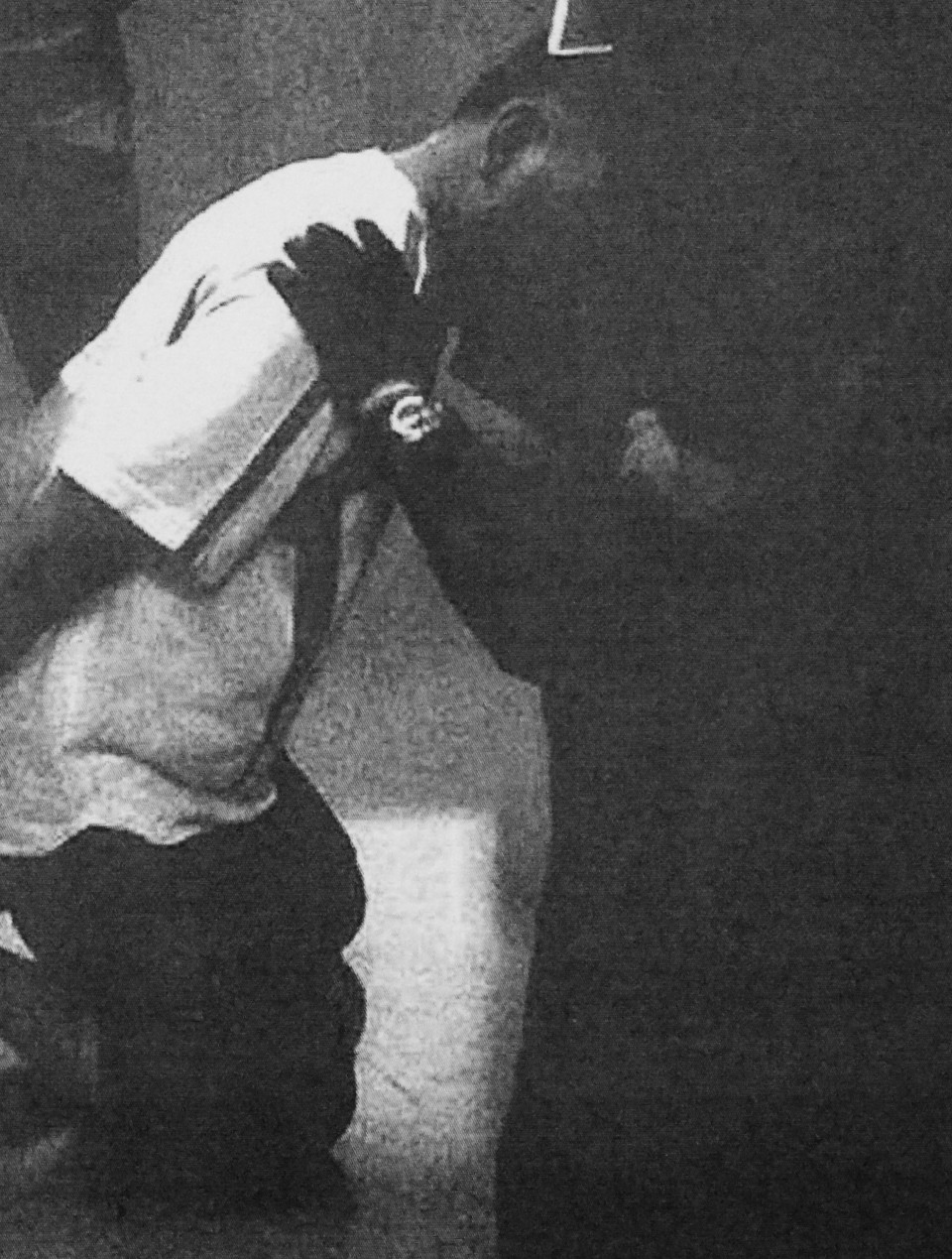 (Photo taken in December 2017 shows a Peruvian man of Japanese descent during detention at the Osaka Regional Immigration Bureau.)[Courtesy of the man's lawyers]

According to the suit, the man was taken to a solitary cell at the Osaka Regional Immigration Bureau around noon on Dec. 20, 2017, after he expressed dissatisfaction with his lunch and became violent.

When an officer opened the cell door at around 9 p.m., the man tried to leave the room, where he was subsequently surrounded and held face down, it said.

He was handcuffed with his arms behind his back and kept in the cell for over 14 hours.

The man created a ruckus a few times during his confinement and had his arm twisted, among other actions.

Around the afternoon of the next day, he experienced swelling and intense pain in his left arm. He was subsequently taken to a medical examiner who told him it was fractured.

The injury took a month to heal, while the use of force by the immigration officers was beyond what was necessary, according to the suit.

However, the Osaka immigration bureau said, "It was a necessary means of restraint as he was being violent."

"He hurled himself against the wall multiple times in order to get out of the room, and we are not aware of how (his arm) came to be fractured," it said.