Footage displaying the moment a Kurdish man from Turkey was restrained at an immigration center in eastern Japan in January has been submitted to a Tokyo court by the facility, after the man sought damages alleging he had been manhandled.

The video shows the 40-year-old named Deniz, who declined to give his surname for fear of retaliation against his family in Turkey, being restrained by staff members at the Higashi-Nihon Immigration Center in Ibaraki Prefecture. 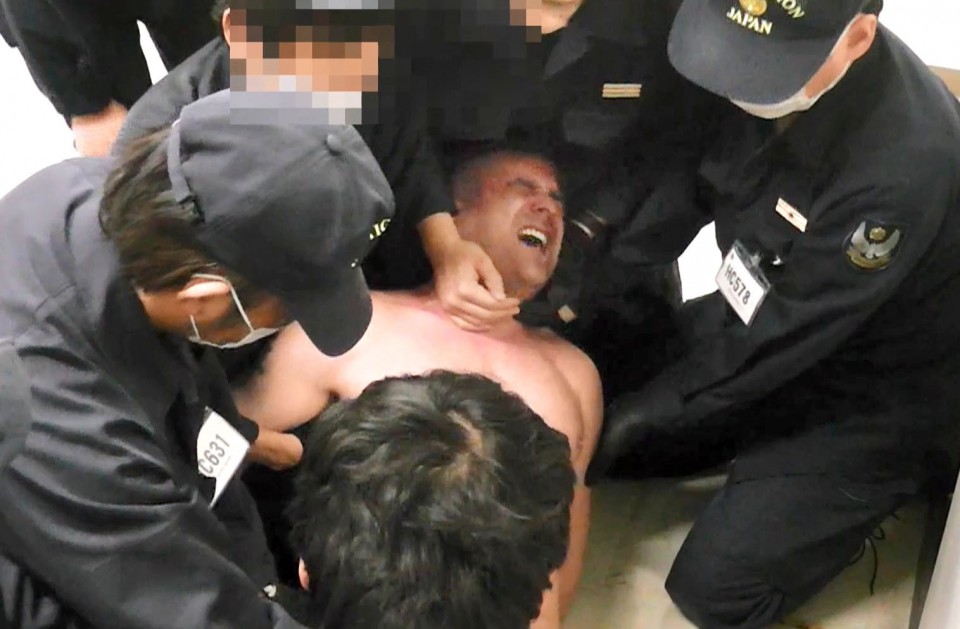 [Courtesy of the plaintiff's lawyer]

Lawyers working for him, who had demanded the footage, released the recording following a hearing at the Tokyo District Court on Thursday.

The video features five to six staffers yelling, "Control, control," as they hold the man to the floor and handcuff him behind his back.

His arms bent backward, the man can be heard repeatedly crying out, "It hurts," and, "They're going to kill me."

"It's no longer an acceptable form of restraint under the immigration center's regulations, but an organized form of torture," lawyer Takeshi Ohashi said.

"The facility will become like Abu Ghraib prison if conditions are left like this," he said, in reference to the site in Iraq of a notorious detainee abuse scandal involving the U.S. military.

The immigration center has admitted to the occurrence of "unjustifiable conduct" and apologized to the man. But it has refused to release documents on what actually happened.

"I thought they were going to kill me," Deniz said, according to the lawyer. "I still have nightmares about the assault."

The defense team has claimed at the court that the incident occurred at midnight on Jan. 18 after the man was denied medicine from the staff. A number of personnel entered his room, twisted his wrists and used their thumbs to thrust up his chin before moving him to a separate room where he was handcuffed tightly behind his back.

The Immigration Bureau of Japan declined to comment, citing that the case has been brought to court.