13 regional airports in Japan to lose flights to mainland China

Regular flights between mainland China and at least 13 regional airports in Japan will be completely suspended due to the outbreak of a new coronavirus, airport operators said Monday.

The airports in Ibaraki, Nagasaki, Kagoshima and other prefectures will have no direct flights connecting them with Shanghai and other Chinese cities from Saturday at the latest.

"(Cancellations) are beginning to have a major impact on local tourism industries," transport minister Kazuyoshi Akaba said at a press conference. 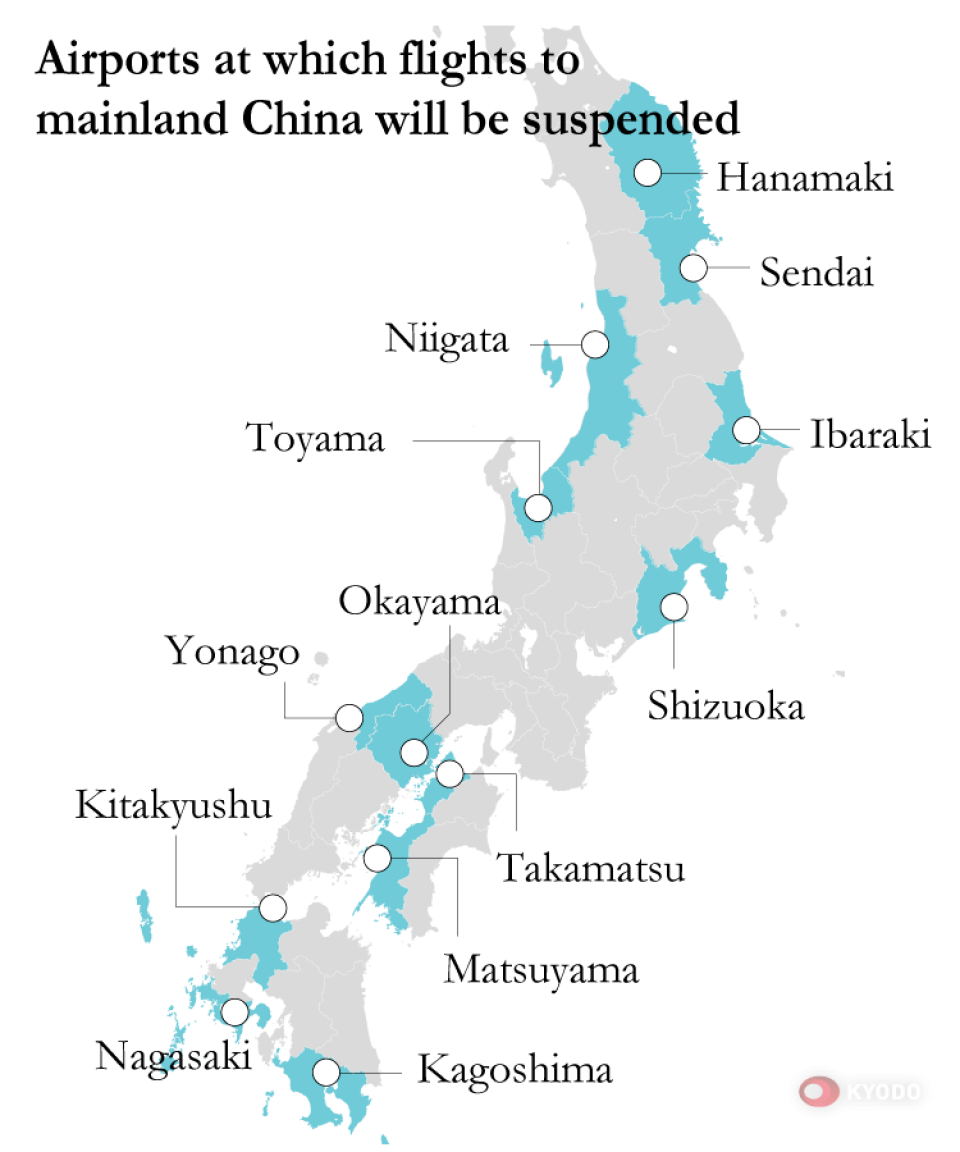 The other regional airports affected include Sendai in Miyagi Prefecture, Matsuyama in Ehime Prefecture, and Kitakyushu in Fukuoka Prefecture, the transport ministry and other sources said.

Chinese airlines have been increasingly informing prefectural authorities of flight suspensions since the country's government last month banned overseas group travel by its citizens in response to the outbreak of the virus, which originated in the central Chinese city of Wuhan.

The total number of flights between Japan and China planned in the week from Sunday has fallen by around 60 percent to 680 round trips as airlines have canceled or reduced flights, according to the ministry.

66 more test positive for coronavirus on cruise ship in Japan