Japan-based Rohingya advocacy groups have accused Japan of siding with Myanmar's military over an ambassador's recent remarks denying genocide against the minority group.

He was referring to comments Japanese Ambassador to Myanmar Ichiro Murayama made to local news outlet The Irrawaddy in December that "there is no genocide in Myanmar" and that he did not believe the military "committed genocide or (had the) intent of genocide."

Zaw Min Htut appealed to Japan not to "buy into the military's lies," and to support international efforts in bringing about justice for the crimes committed against his people.

"We rely on the international community because there are not many friends in Myanmar for the Rohingya people," he told the Foreign Correspondents' Club of Japan in Tokyo last week. 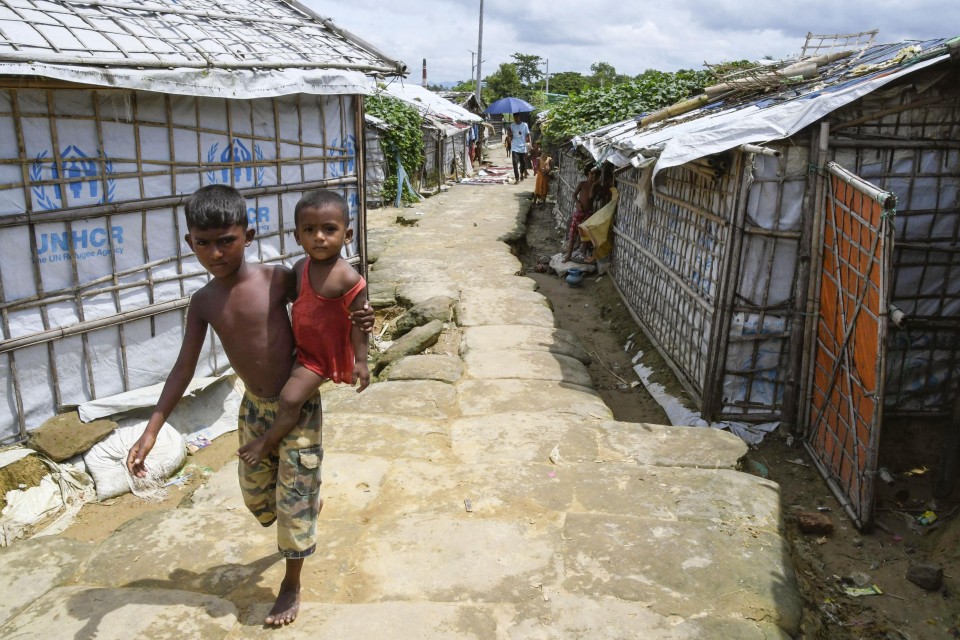 U.N.-appointed independent investigators have said hundreds of thousands of ethnic Rohingya who remain in Myanmar may face a greater threat of genocide than ever amid government attempts to "erase their identity and remove them from the country," citing "killings, rapes and gang rapes, torture, forced displacement and other grave rights violations" by the Myanmar military.

More than 740,000 Rohingya have fled from Rakhine State, western Myanmar, to neighboring Bangladesh since August 2017 to escape a military crackdown on insurgents.

The Japanese government, meanwhile, said it is not in a position to judge on the matter.

"We are working to ensure that Myanmar will take the necessary measures based on the final report by the ICOE," a Foreign Ministry official said, referring to the Independent Commission of Enquiry in Myanmar.

The commission, which is mandated to investigate allegations of human rights violations and related issues in Rakhine State, is expected to complete its final report this month.

Zaw Min Htut also expressed his disappointment at Murayama for referring to the Rohingya as "Bengali," a term the envoy used in a recent interview with the BBC.

The term is often used as a slur by the Myanmar government which does not recognize the Rohingya as one of the country's many ethnic groups, but as illegal migrants from Bangladesh.

The Japanese Foreign Ministry declined to comment on the ambassador's choice of words, but told Kyodo News that it officially refers to the ethnic group as "Muslims in the Rakhine State."

Gambia, a small but predominantly Muslim African country, submitted a lawsuit last November against Buddhist-majority Myanmar to the International Court of Justice, with support from the Organization of Islamic Cooperation.

It argued that Myanmar had violated the 1948 Genocide Convention through the military's "genocidal acts" against the Rohingya minority, an allegation that the Myanmar government vehemently denies.