While in his lesser-known role as a refugee advocate, Miyavi, aka the samurai guitarist, asks that people look beyond the headline numbers before declaring Japan unwelcoming to asylum-seekers.

Despite taking in only 42 refugees in 2018 -- accepting less than 1 percent of applicants -- compared to 35,198 for the United States and 16,875 for Canada, Miyavi says the bump from the previous year's 20 is encouraging, albeit still underwhelming.

"As a UNHCR ambassador, I have to say, talking those numbers is like pulling teeth," says Miyavi, who in November 2017 was chosen as Japan's first Goodwill Ambassador by the U.N. refugee agency. 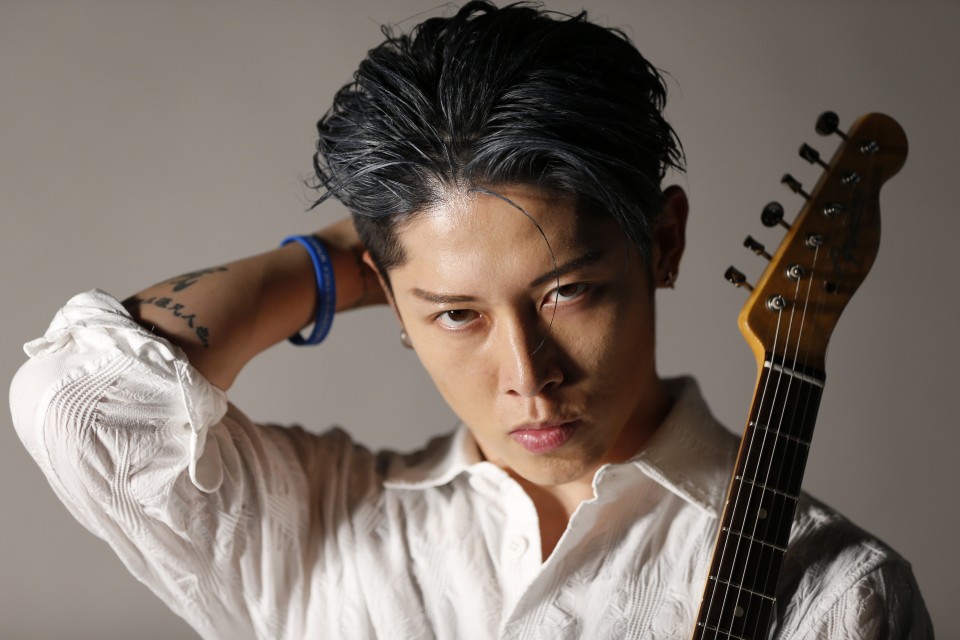 "Of course we should try to bring them up. But those figures are also misleading. I wonder how many people know Japan is UNHCR's fifth-largest donor. Japan may not easily give refugee status, but provides financial support," he says.

Japan's UNHCR contribution of nearly $120 million in 2018 was less than one-tenth of what the United States gave and around one-third of what Germany, the third-ranked country, offered but the 37-year-old Miyavi says his homeland is far from indifferent.

The Japanese government said in 2016 it would sponsor up to 150 Syrian refugees as students over five years. Earlier this year, it announced a funding contribution of $72.5 million to assist UNHCR operations.

You have to take into consideration many factors for Japan limiting its intake, he says, including the country's current ability to integrate refugees, masked hostility among the population and ethnic homogeneity.

Compared to 2013, when Japan recognized only six refugees, it is true Japan's doors have inched wider to those fleeing civil unrest, war and persecution.

But the country has hardly rolled out the welcome mat to those in less fortunate circumstances, and the question remains: Is Japan meeting its moral obligation on the global stage?

"I don't think so," says Kazuko Fushimi, a public relations official at the Japan Association for Refugees. "The number may have doubled but the world has more than 70 million people displaced."

Children below 18 years of age made up one half of the world's refugee population, the U.N. report said.

Germany (56,583) was home to the highest number of registered refugees in 2018. In the same year, Canada (28,100) overtook the United States (22,900) as the top permanent resettler of refugees after U.S. President Donald Trump reduced the cap on refugee admissions via executive order.

"Just looking at Asia, our neighbors South Korea accepted twice as much as Japan. We want Japan to follow international standards and accept more refugees. We want them to reconsider the evaluation process for refugee status," Fushimi said.

Fushimi says among the many reasons for the country's low refugee intake is the priority the Immigration Bureau places on external migration control measures over refugee protection.

Though admittedly frustrated with Japan's slow response to the refugee crisis, Fushimi says she would like to believe the fear of foreignness is gradually waning, with now more than 2 percent of Japan's total residents coming from overseas.

The Japanese government is also pushing for more foreigners to be admitted as it battles to overcome the demographic challenges that are severely impacting the labor market and, therefore, the nation's prospects of economic growth.

"Until now, there was a lack of awareness and understanding of refugee issues. But now they seem to be getting a warmer welcome. We are very hopeful that celebrities like Miyavi can reach the hearts of the young people and bring about change," she says.

Miyavi says for the politically disengaged youth in Japan, for whom food, shelter and safety are a given, the current refugee crisis is not even happening because it is not happening here.

He knows because he was one of them, a politically apathetic, self-absorbed boy in Osaka. 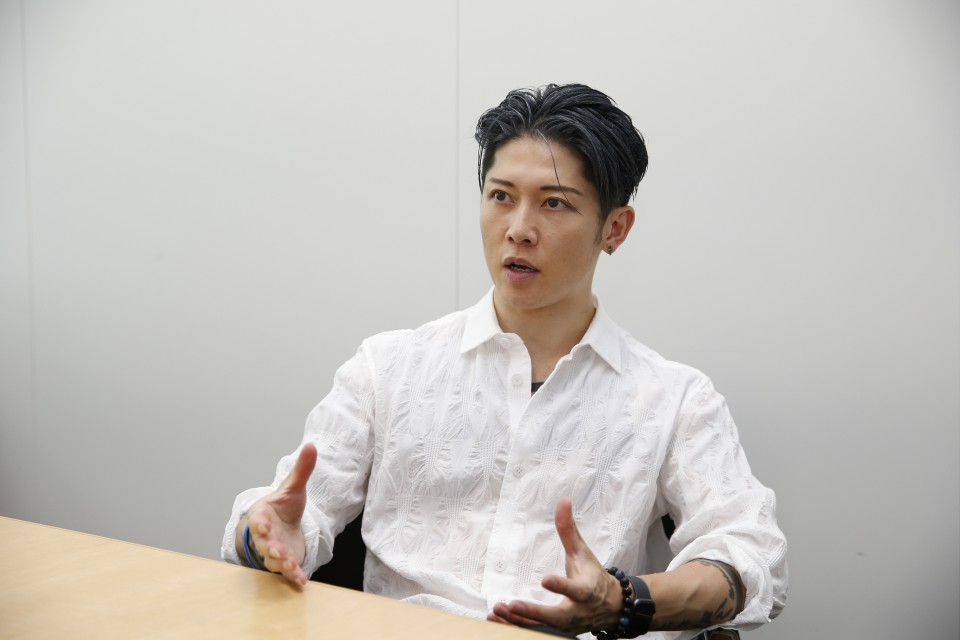 Born to a Korean father and a Japanese mother, Takamasa Lee Ishihara, better known by his stage name Miyavi, is a household name in Japan and made inroads into the U.S. market when he was cast by Angelina Jolie for a role in the 2014 film "Unbroken," which she directed.

After this surprise big-screen debut, an unexpected turn of events saw him visit a refugee camp in Lebanon for the first time with Jolie, a UNHCR special envoy, in 2015.

"The refugee crisis is not a big topic in this country. Not everyone talks about it," said Miyavi.

"It happens far from our country and doesn't affect our daily lives. It's hard to see the urgency. That was me five years ago. But when I saw those kids in Lebanon, I decided to commit (to humanitarian activities)," he says. 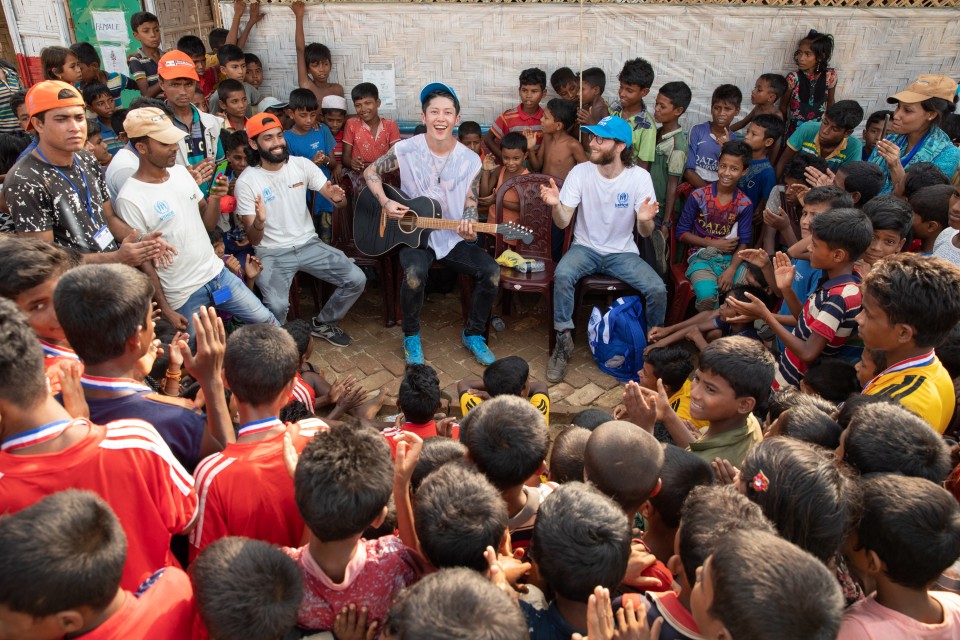 Today, in between studio sessions, live tours and fatherly chores, Miyavi pays his own way to refugee camps where he interacts with displaced families. He calls it his "life's work," a responsibility he admits being both a privilege and a burden.

"I learn from Angelina Jolie. She's my mentor. She's been involved in activities for refugees for over 15 years and now as the special envoy, she gives speeches at U.N. conferences. She gathers the media, that's how she uses her power," he says.

"She has six kids and she's doing all this. I have no excuse," says Miyavi, father to two daughters.

His rock star aesthetic -- tattoos, piercings and silver-blue hair -- often helps him connect with children, like the time a Syrian refugee boy with rock-star ambitions refused to leave his side during one of his field missions. 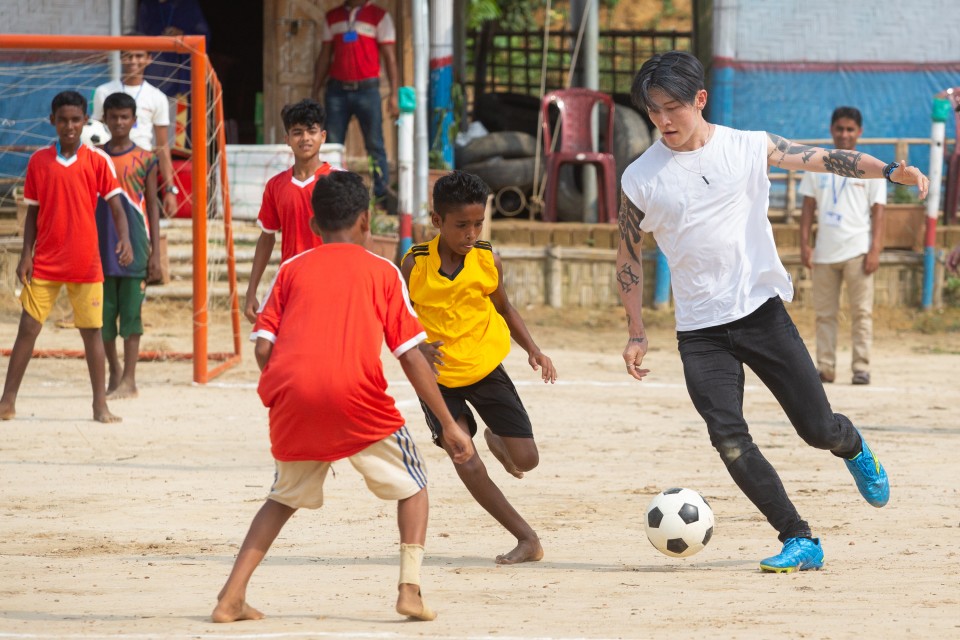 Miyavi, who is followed by more than 420,000 people on Instagram, hopes to see more young people like himself on the frontlines of humanitarian action.

Japan has not spawned musician activists like John Lennon or Bono, superstars known for inspiring their millions of acolytes to take up philanthropic causes, says Miyavi, because being from one of the richest and safest countries in the world meant a talisman was never required.

He has never pushed "voluntary" giving. He says he has never asked his fans to donate money to NPOs or pressured them to get involved with charitable causes.

"I'm not saying you should all go visit refugee camps. Knowing is a start. You don't even have to start now. If you're a student you have a right to study, that's a privilege. When the time comes, that's when they can act," he says. 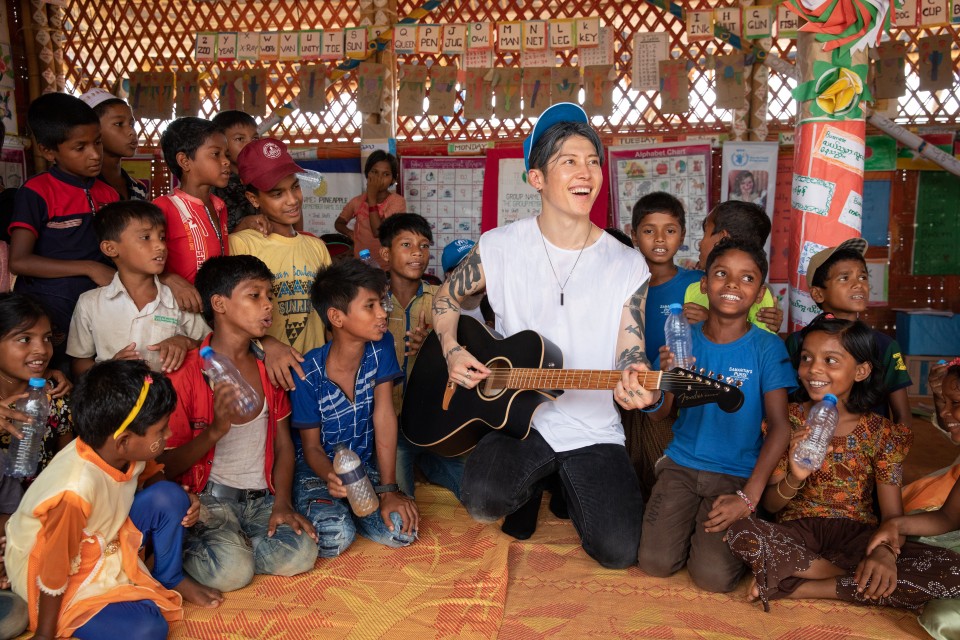 "A fashion designer, a lawyer, a doctor, a dentist, whatever your profession is, there's something we can all do. Give because you want to, not because someone tells you to."

As he strives to bring order to a world he calls "twisted," Miyavi, who has recently relocated to Tokyo from Los Angeles after announcing a new album and world tour, will ensure his music, U.N. role and family life work are in harmony.

"It's not easy. I always have a hard time (balancing roles) because when my daughters want to hang out with me, I'm somewhere else doing something for someone else. I'm at a refugee camp playing with other kids or I'm on a tour rocking the crowd," Miyavi says.

Even with his growing workload, which he says is "all a priority," Miyavi is open to any new opportunity that may come his way.

"Maybe it's not your image of rock, but that's how I rock. To me, that's the new rock. I think it's cool, and it's on us to make it cool so the younger generation will follow." 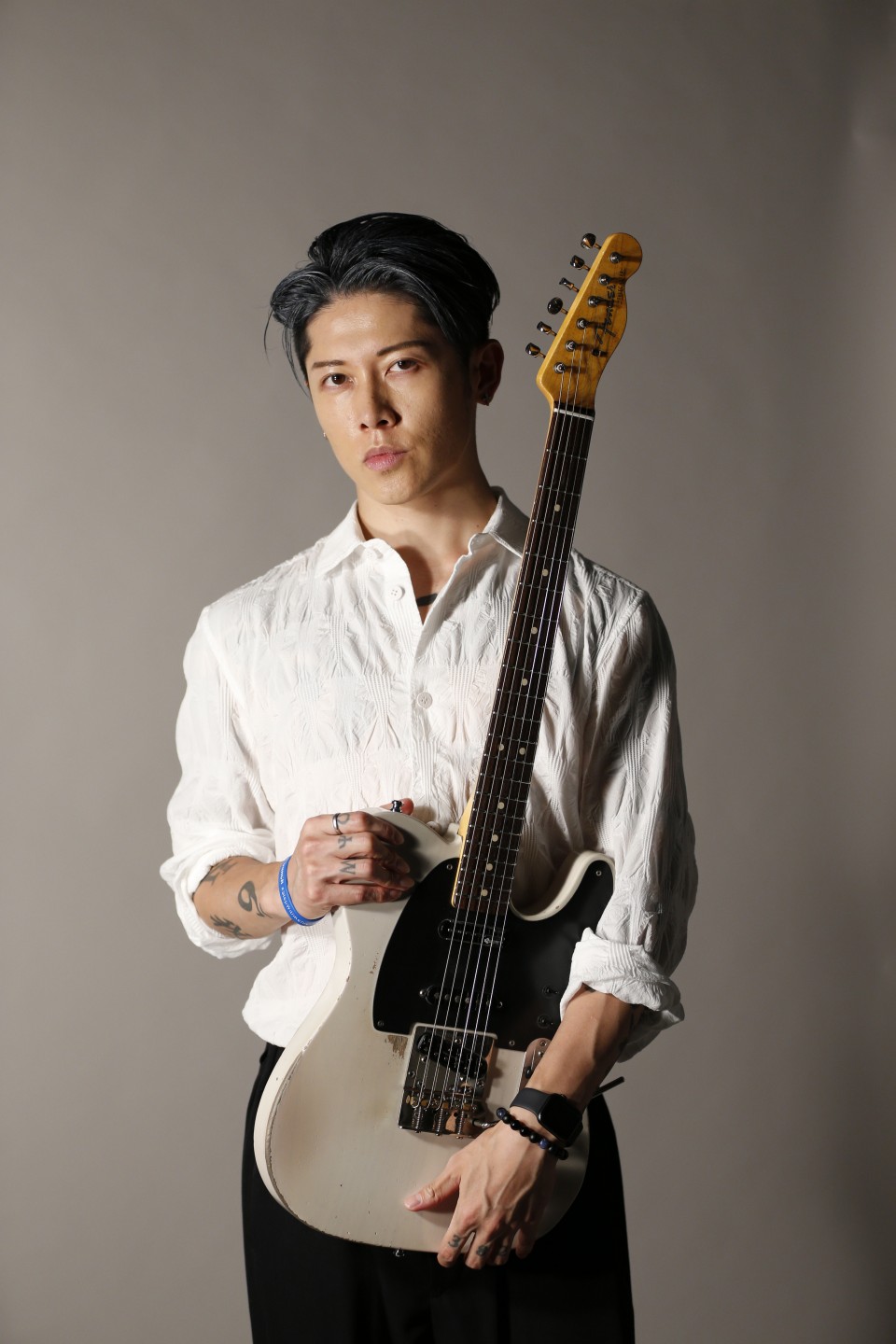 All rights reserved.
No reproduction, republication or redistribution without written permission from Kyodo News.