ANA Holdings Inc., the operator of All Nippon Airways Co., said Wednesday it has started testing an autonomous bus to carry transit passengers and staff working at Tokyo's Haneda airport.

The company will conduct the test with the electric bus capable of carrying 57 passengers on a 1.9-kilometer route through the end of this month, aiming to start trial operation later in the year at level-3 automation which allows drivers to turn their attention away from driving tasks and engage in different activities.

Drivers of level-3 vehicles still need to be prepared to intervene. The 12-meter-long bus was produced by China's BYD Co.

"As the Tokyo Olympics are approaching, we hope more passengers from the world will see our latest technology," ANA Senior Executive Vice President Shinzo Shimizu said in a ceremony at the airport. 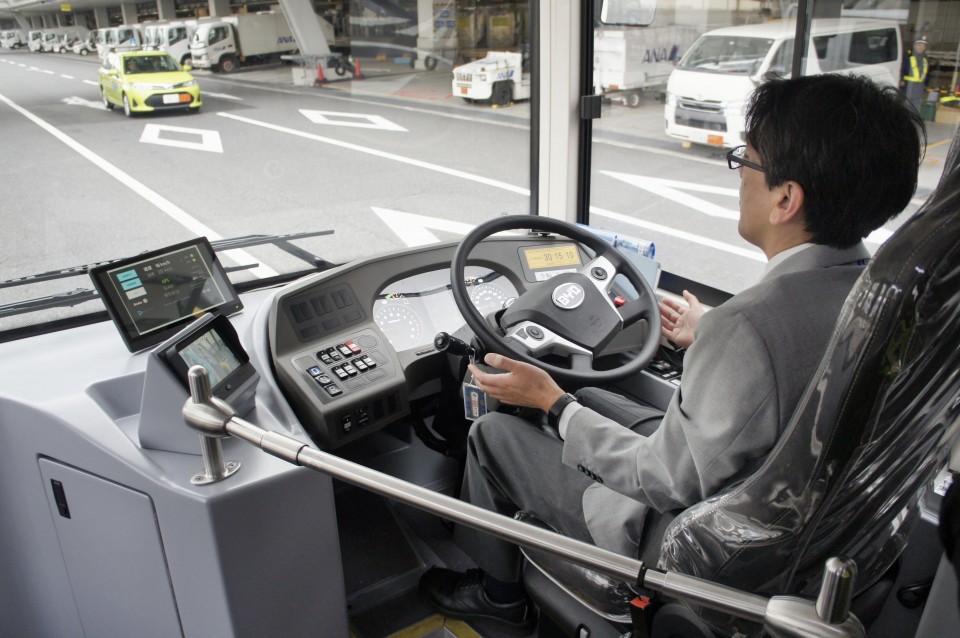 In 2018, the number of passengers who arrived at and departed from the airport increased 2.1 percent to 85 million, according to Japan Airport Terminal Co. which manages Haneda airport facilities.

The Japanese government has been embarking on attracting foreign tourists to enhance its economy and cultural presence abroad in recent years, with international visitors to the country rising 2.2 percent to a record 31.88 million last year, according to government data.

Promotion of technological innovation such as electric-powered autonomous transportation at airports is an urgent task for the aviation industry which faces a severe labor crunch and pressure to lower greenhouse gas emissions, ANA said.

In the near future, ANA hopes to introduce level-4 autonomous vehicles, which do not require a driver to be aboard, and other self-driving vehicles for its ground operations such as aircraft towing, it said.

At Chubu airport in central Japan, a joint venture set up by Marubeni Corp. and ZMP Inc. aims to introduce a small-sized autonomous bus to transport passengers later this year.