Health authorities in the central China city of Wuhan said Monday that 198 people have been so far confirmed as infected with a new coronavirus, with at least 20 cases elsewhere in China reported, taking the total in the country to at least around 220.

The virus -- which has killed a third person -- has been detected in five people in Beijing and 14 in the southern province of Guangdong, the nation's state-run media said. It was the first confirmation of an outbreak outside Wuhan. 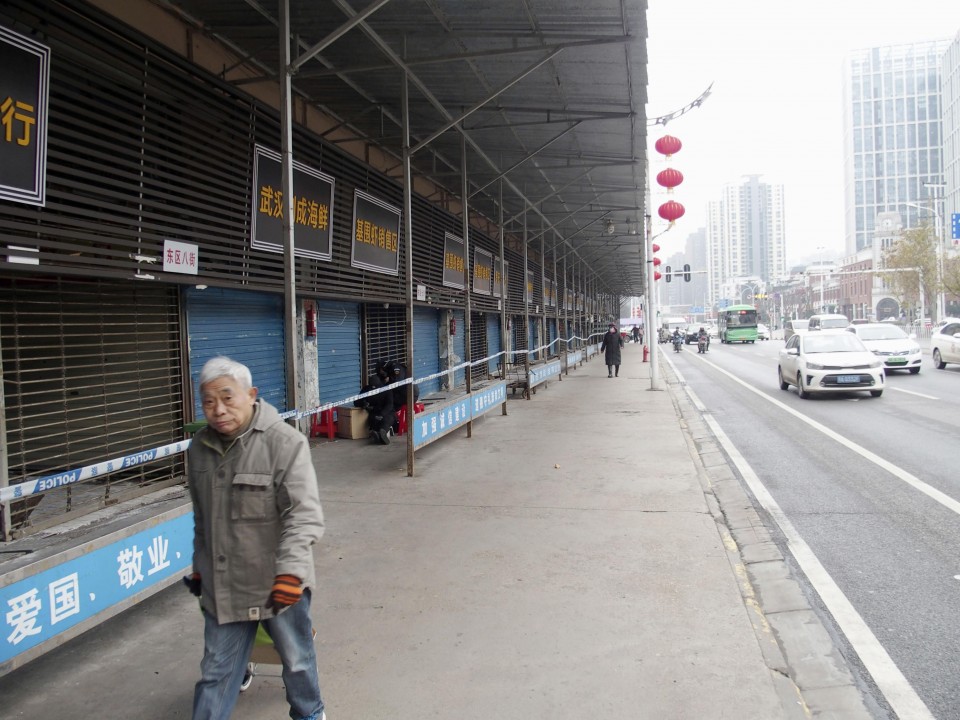 (A street in the Chinese city of Wuhan is almost deserted as the shutdown of the seafood market, which has been linked to cases of a new coronavirus, continues on Jan. 17, 2020.)

In addition, one case has been confirmed in Shanghai for the first time, Xinhua News Agency reported later Monday.

The official media said earlier in the day that several patients who are suspected to be infected by the virus have been found in provinces including Sichuan, Yunnan and Shandong.

The new strain has also been confirmed in a Chinese woman in her 30s staying in South Korea, the country's health ministry said Monday. She has developed pneumonia triggered by the virus.

In other nations, Thailand has this month confirmed infections, while Japan last week reported its first case of pneumonia caused by the novel coronavirus.

As many Chinese citizens are expected to travel during the Lunar New Year holidays, which start later this week, it is feared that infection may spread, mainly in other parts of China.

Zhong Nanshan, a Chinese pulmonologist who contributed to discovering a virus causing severe acute respiratory syndrome, or SARS, said in a TV interview that the new coronavirus "has been transmitted from people to people," given the latest data.

President Xi Jinping has pledged to take "decisive" steps to prevent the spread of the novel coronavirus, saying his leadership will prioritize the safety and health of people, the state-run media reported.

The third death stemming from the virus was announced Monday by the authorities in Wuhan, located around 1,000 kilometers south of Beijing. Two earlier fatalities were also in Wuhan.

"We'll work with all parties concerned to deal with the situation for the sake of regional and global health," he also said at a regular press briefing.

But some types lead to more serious, sometimes deadly respiratory diseases, such as SARS or Middle East respiratory syndrome, commonly known as MERS.

In 2003, SARS, possibly originating in bats, emerged and raged in China and then spread worldwide, killing 774 people.

Wuhan municipal authorities have said the risk of continued person-to-person infection is relatively low and preventable, and can be contained. The authorities have not held any press conference, however, triggering accusations they may be withholding information.

A comment posted on Chinese social media asked, "Why has the number (of the patients) suddenly increased?"