The Chinese government's new top official in Hong Kong said Monday he hopes the semiautonomous territory can go back on the "right path" following months of social unrest.

Luo Huining, the new director of the Liaison Office of the Central People's Government in the Hong Kong Special Administrative Region, told reporters after a weekend during which his appointment was unexpectedly announced, that the territory's situation is "heartrending."

Anti-government demonstrations have gripped Hong Kong since June, originally over an unpopular bill that sought to facilitate extraditions to the mainland, but with protesters' demands expanding to accountability for police use of force against them and political reform.

"We all dearly hope Hong Kong can return to its right path," Luo said. "Just as President Xi Jinping said in his New Year's message, without a harmonious and stable environment, how would there be a home for stable living and work?"

Luo also complimented Hong Kong leader Carrie Lam and her government for enforcing China's "one country, two systems" principle, which has promised the former British colony the rights and freedoms of a semiautonomous region for 50 years following its return to Chinese rule in 1997.

In his remarks, however, Luo chose not to use a "curb violence and stop chaos" rhetoric that has been parroted by Chinese and Hong Kong officials in response to the sometimes violent protests. 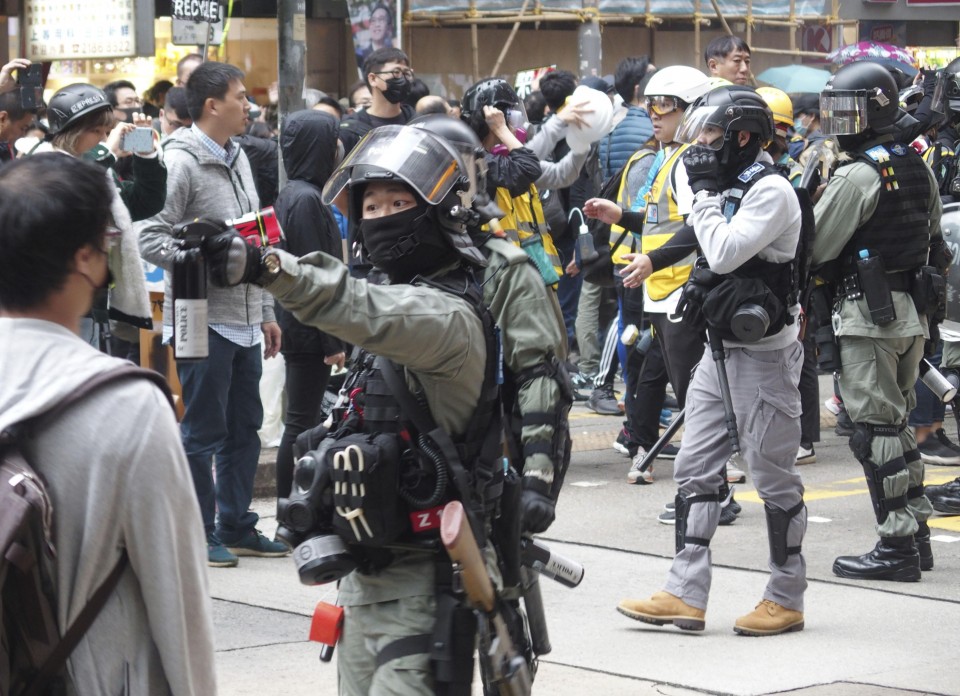 Chinese state media reported Saturday that Luo, formerly secretary of the Shanxi Provincial Committee of the Communist Party of China, had replaced Wang Zhimin as head of China's representative office in Hong Kong. The Xinhua News Agency report did not give a reason for Wang's removal.

In a statement issued later that day, Lam welcomed Luo's appointment and his expected leadership in pushing for Hong Kong's integration into national development.

Lam said at the same time that she was grateful for Wang's contribution and his staunch support for the Hong Kong government to "curb violence and uphold the rule of law."

The unrest in the territory has continued into the new year and shows no sign of abating.

Other than withdrawing the extradition bill, the Hong Kong government has rejected all demands while reiterating its resolve to restore social order, first and foremost.

During a lunchtime rally on Monday, participants chanted their key slogan, "Five demands, not one less," while some of them also called for outright independence from China.