Tens of thousands of people took to the streets in Hong Kong on Wednesday, as anti-government protests that began seven months ago extended into the new year.

"Five demands, not one less!" the crowd chanted as they marched from the Victoria Park toward the business district of Central. "Universal suffrage now!" 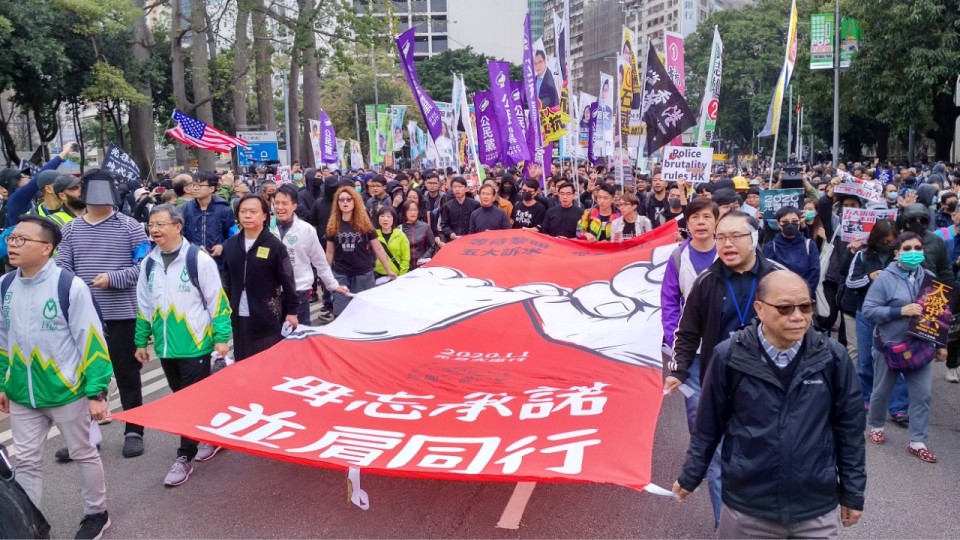 "The government has not responded to our demands -- no compromise, no negotiation at all," lamented a 50-year-old engineer who identified himself as Eric.

"At least (Chief Executive Carrie Lam) could step down," he said, referring to Hong Kong's leader who has consistently had the backing of Beijing amid the drawn-out crisis.

Police fired tear gas in the middle of the march route at Wan Chai to disperse a crowd of people who were vandalizing an HSBC bank, which was targeted for its role in freezing the assets of a crowd-funding platform that provided assistance to protesters.

Police then ordered the organizer, the Civil Human Rights Front, to stop the march and started clearing roads less than an hour later.

The CHRF, in a statement, condemned the police's "brutal decision" to dismiss "the first licensed assembly of the year with absurd excuse. Hong Kong government has shown its unwillingness to listen to the voices of the mass, infringing the right of assembly of Hong Kong citizens."

The organizer said more than a million people participated in Wednesday's march. Police said about 60,000 people took part before it was suspended. Dozens of people were seen being detained. 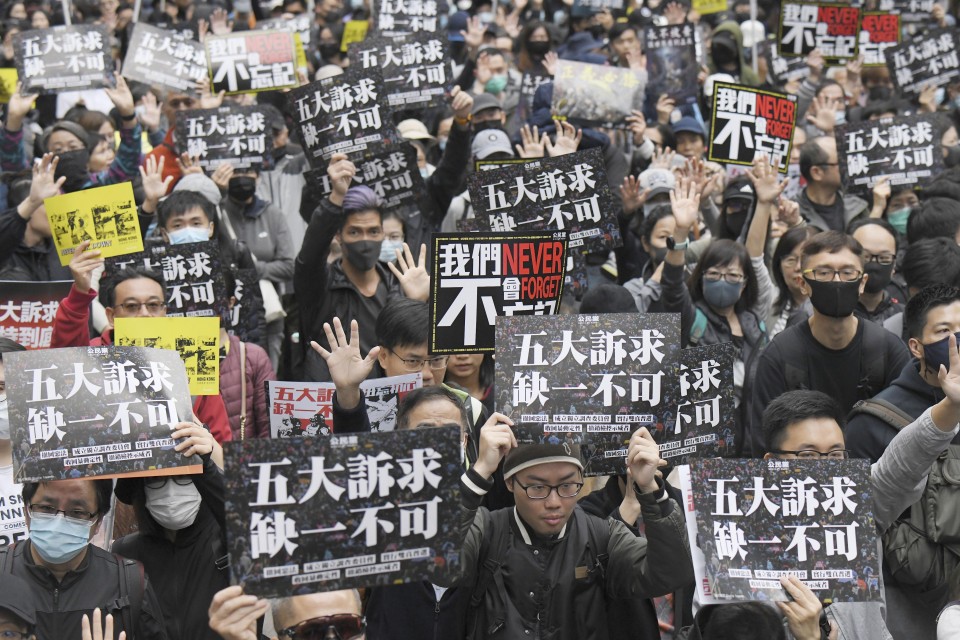 Water cannon trucks and armored vehicles were deployed in Wan Chai and nearby Causeway Bay, as well as in Central, to clear roadblocks set up by protesters. Tear gas was also fired but failed to disperse the crowd.

A Starbucks coffee shop in Tin Hau, outside Victoria Park, was trashed and items in it set on fire. The word "revenge" was painted on its pillar.

The coffee chain is one of the franchised businesses run by catering giant Maxim's Group, of which the founder's daughter Annie Wu made comments against the anti-government demonstrations months ago.

More than 6,540 people have been arrested since the movement began in June as a mass display of popular anger over the government's attempt to ram through the legislature a bill that would have allowed extraditions to mainland China.

Although the government agreed to withdraw the bill in October to prevent further unrest, activists' demands have grown to include amnesty for arrested protesters, an independent inquiry into police use of force, and greater democracy.

The government has rejected those extra demands while reiterating its determination to restore social order first and foremost.

University student Cherry Lee, 18, joined the march to stress the "five demands," which also include a retraction of the official characterization of the protests as "riots," and to denounce police brutality.

"Even with video clips and photos showing (their excessive use of force), the police still dare to lie with eyes wide open," Lee said, "I am very disappointed, but I will persist."

"An independent inquiry on police violence and dual universal suffrage for (electing the chief executive and legislators) are a must," said Lo, who works in the financial sector. "The people are very disappointed in the government already. I can't see how this movement will end."

Some 40 politicians and religious leaders from 18 countries, in an open letter, called on Lam to "instruct the Hong Kong Police Force to exercise restraint" and "respect the right to peaceful protest," according to London-based concern group Hong Kong Watch. 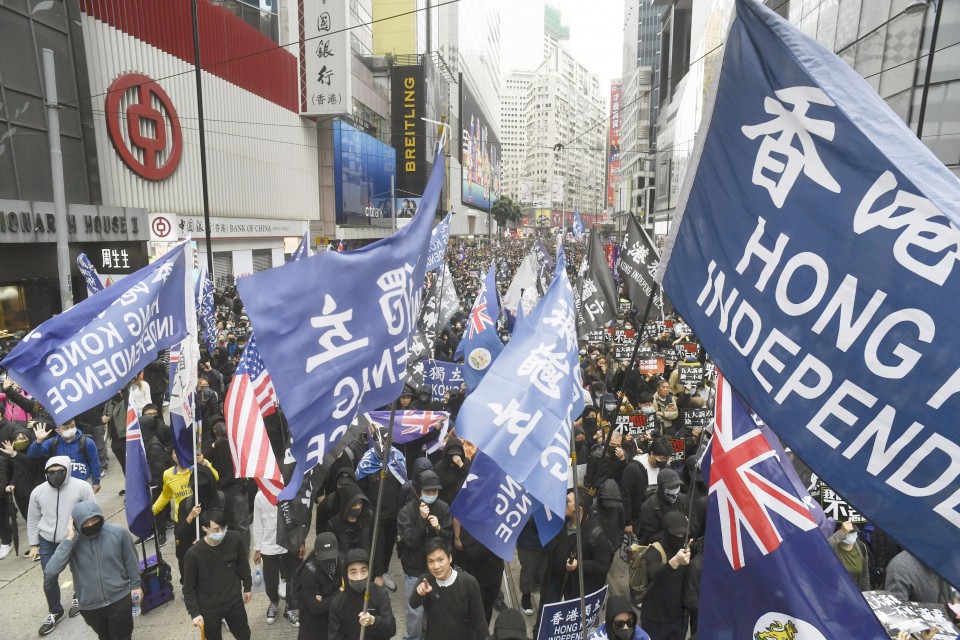 "We appeal to you to use your authority and exercise your responsibility to seek genuine ways forward out of this crisis by addressing the grievances of Hong Kong people...and beginning a process of democratic political reform. It is clear to us that these steps offer some hope of a way forward out of the current crisis," the letter said.

The government dismissed the letter for making "biased and misleading" claims, reiterating that radical protesters have resorted to severe violence while police have exercised restraint in law enforcement.

"We also understand that Hong Kong is being used as a pawn by some in the West to further their own agendas...while ignoring the ongoing serious threats to law and order by radicals that they would hardly tolerate in their own country," it said in a statement.

In a statement responding to the march protest, the government reiterated that "the top priority now is to stop violence and restore social order."