TOKYO - The government said Friday that Japan will bar foreign nationals who visited China's Hubei Province from entering the country as an additional precautionary step to prevent the spread of a new coronavirus from Wuhan, the province's capital.

The emergency measure, effective Saturday, covers foreigners who stayed in the province within two weeks prior to their arrival in Japan even if they do not show symptoms. The government will also prohibit holders of Chinese passports issued in Hubei from entering the country in principle.

The steps, which Prime Minister Shinzo Abe said will be in place "for the time being," come on top of Tokyo's decision not to allow foreign nationals infected with the virus to enter the country. 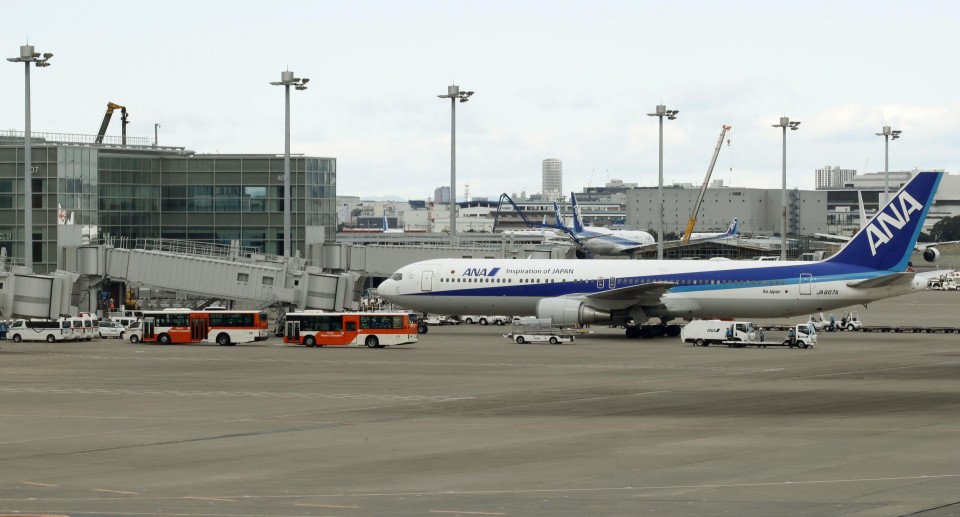 Japan has been battling to contain the pneumonia-causing virus as the number of infections continues to rise in the country and over 560 Japanese nationals have been evacuated from Wuhan on government-charter flights.

The government raised caution following some cases where people were found to be infected but are showing no symptoms.

"We need to make our steps to prevent (the spread) more effectively," Abe said at a meeting of government officials who discussed how to respond to the deadly virus.

The total number of people infected with the virus in Japan, including foreign nationals, has risen to 17 including four without symptoms such as fever and coughing, according to the Ministry of Health, Labor and Welfare.

The Foreign Ministry raised its travel advisory for all of China to level 2 on Friday, warning its nationals to avoid "nonessential" trips after the World Health Organization declared the coronavirus outbreak spreading from Wuhan a global emergency. 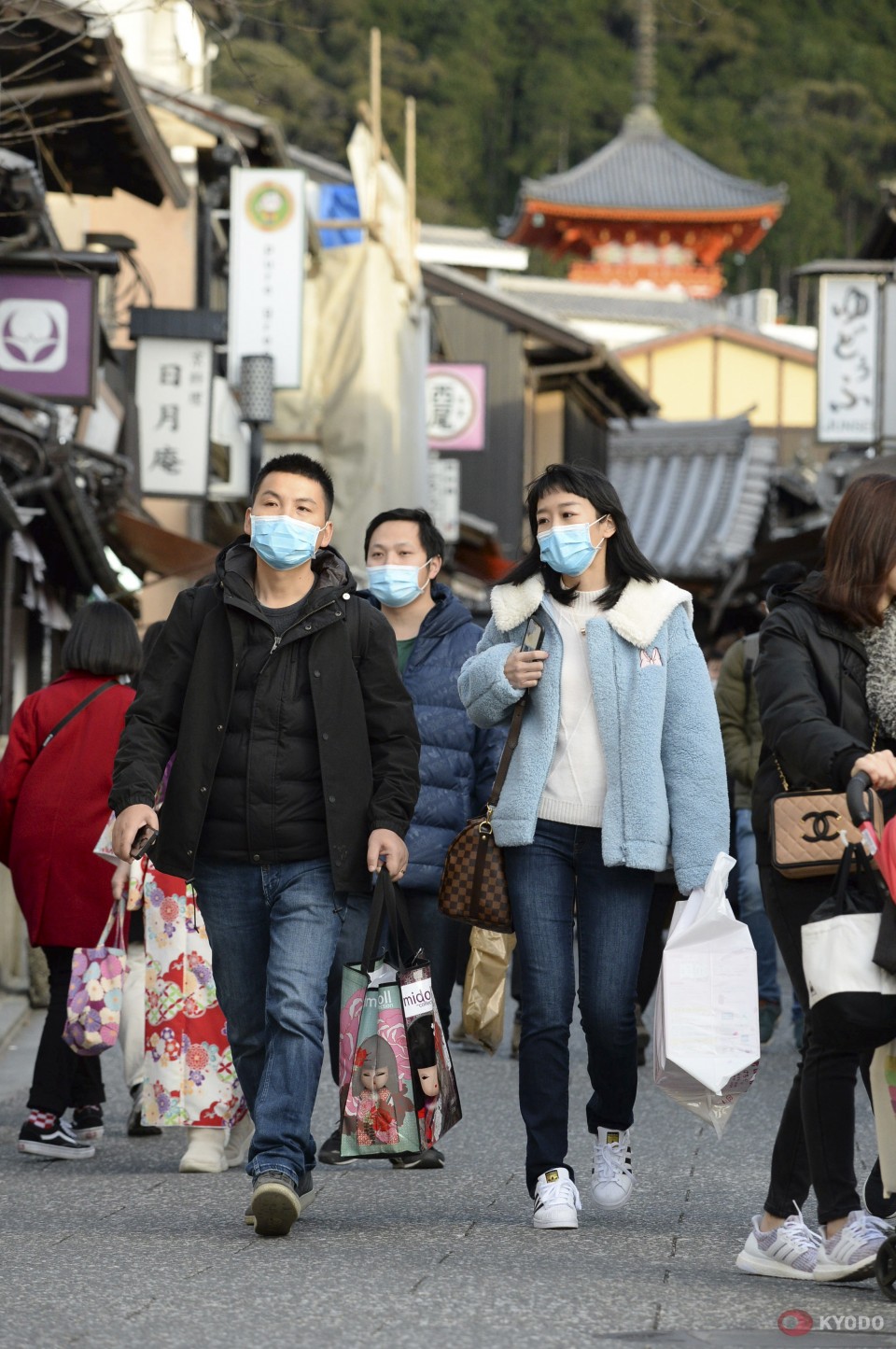 (Tourists wear masks in Kyoto on Jan. 30, 2020, amid the spreading coronavirus.)

The United States has similarly raised its travel alert for China to the highest level, urging its citizens not to visit the country.

Japan has already raised the advisory for Hubei to level 3 or "avoid all travel" as the death toll topped 200 and the number of people infected with the virus has eclipsed 9,800 in China.

Japanese nationals in China were also advised to consider returning home amid prospects that travel restrictions in Wuhan could be extended to other parts of the country.

Following the decision, travel agency JTB Corp. announced it will cancel all package tours to China, including Hong Kong and Macao, in February.

Japan brought back an additional 149 nationals from the central Chinese city on a third government-chartered flight in the morning. Of them, 25 were taken to hospital, according to the government.

It followed the return of more than 400 Japanese on two flights earlier this week, as several other countries, including Britain, South Korea and the United States, also sent planes to pull people out of the city that has been placed under a virtual lockdown since last week.

As some of the earlier returnees tested positive for the virus despite having no symptoms, the Japanese government will monitor the health of all returnees for up to two weeks.

The government is expected to send a fourth chartered flight next week for some 140 people still in Wuhan and nearby areas wishing to return to Japan.

It has decided to shoulder the cost of the flights, reversing its earlier stance to make the returnees pay 80,000 yen ($735) each.

As part of emergency steps, Japan will put into effect on Saturday an ordinance that allows it to forcibly hospitalize those infected with the virus and bar them from working.

The ordinance was scheduled to enter into force on Feb. 7, but the government decided to bring it forward in the face of the WHO's emergency declaration.

Friday's returnees from Wuhan will stay at the National Institute of Public Health in Wako, Saitama Prefecture, and the Customs Training Institute in Kashiwa, Chiba Prefecture, both near Tokyo, according to the government.

Meanwhile, Defense Minister Taro Kono said the government is considering using a private ferry as temporary accommodation for the returnees, based on his ministry's contract with the operator of the vessel that enables its use for activities of the Self-Defense Forces.

U.S. OKs some diplomatic mission employees in China to evacuate