The World Health Organization on Thursday declared the ongoing outbreak of a new coronavirus originating in China a global emergency amid concern over a rising number of confirmed cases around the world and potentially major impacts on business and travel.

After the third emergency committee meeting in Geneva on the virus outbreak, the WHO said that the situation constitutes a Public Health Emergency of International Concern, or PHEIC, in a move that will enable enhanced international cooperation to contain the spread of the pneumonia-causing illness.

"The committee agreed that the outbreak now meets the criteria for a Public Health Emergency of International Concern," the WHO said in a statement.

Despite international efforts to contain the virus, confirmed cases have topped 8,100 across the globe, exceeding the total number of people infected during the 2002-2003 spread of the SARS virus, Chinese media reported Thursday.

The WHO stressed its belief that "it is still possible to interrupt virus spread, provided that countries put in place strong measures to detect disease early, isolate and treat cases, trace contacts, and promote social distancing measures commensurate with the risk."

Nonetheless, WHO Director General Tedros Ghebreyesus said at a press conference there is "no reason for measures that unnecessarily interfere with international travel and trade," noting that the organization decided not to recommend such restrictions. 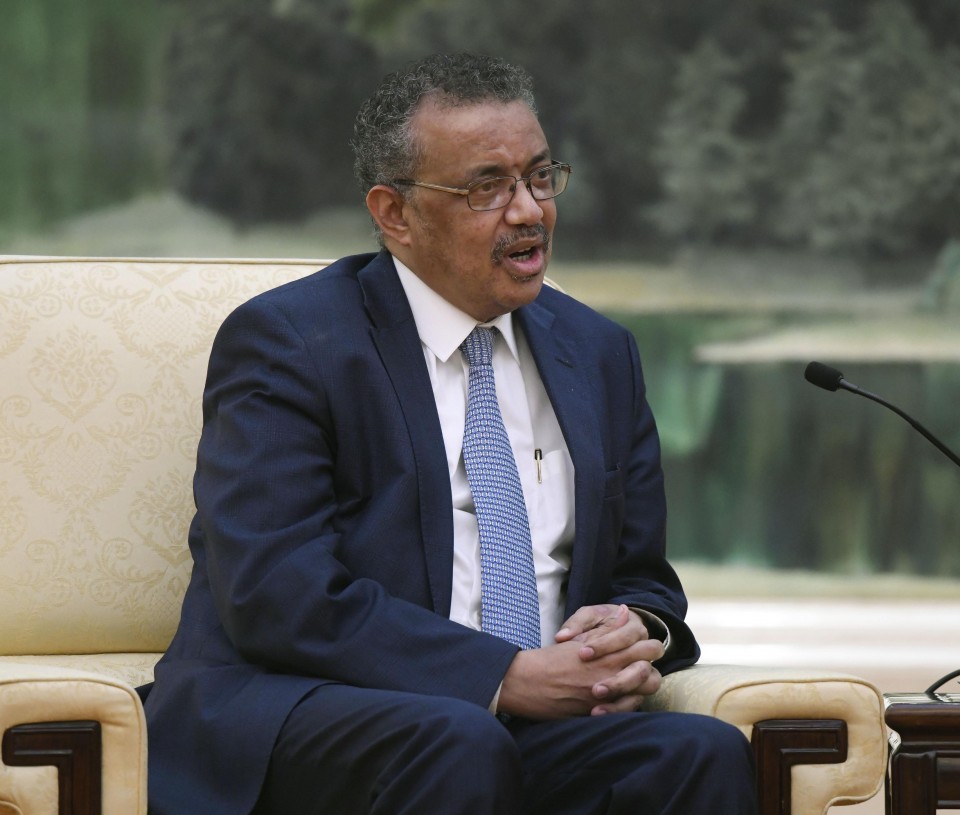 The emergency declaration follows a meeting between Chinese President Xi Jinping and Tedros earlier this week in Beijing, where they agreed to work together closely in order to curb the alarming spread of the novel coronavirus.

While some observers say China could have done more in curbing the illness with a quicker response and better international cooperation, Tedros appeared supportive of China.

"Our greatest concern is the potential for the virus to spread to countries with weaker health systems and which are ill-prepared to deal with it," he added.

Tedros hailed China's transparency and cooperation with other authorities, including its agreement with WHO on sending a team of international experts to the country as soon as possible.

In opting not to declare the coronavirus outbreak an international emergency at their previous two-day meeting through Jan. 23, members of the committee agreed on the urgency of the situation and said they would likely meet again soon to examine the matter further.

The new coronavirus, known to be transmitted between humans, has left 170 people dead in China and spread to other Asian nations such as Japan and South Korea, while also reaching North America, Europe, Australia and the Middle East.

This is only the sixth time WHO has declared an international emergency, following those over swine flu in 2009, Ebola in Western Africa in 2013-2016, wild polio in 2014, Zika virus in 2016 and the ongoing Ebola outbreak in the Democratic Republic of the Congo in 2019.

The declaration system was established in 2005 through revisions to international health regulations following criticism for a delayed response to Severe Acute Respiratory Syndrome, or SARS.