The premier of Australia's most populous state on Thursday declared a state of emergency as fires continue to rage across New South Wales amid a record-breaking heatwave.

The announcement by Premier Gladys Berejiklian came as a new record-high nationwide average temperature was observed by the Bureau of Meteorology. 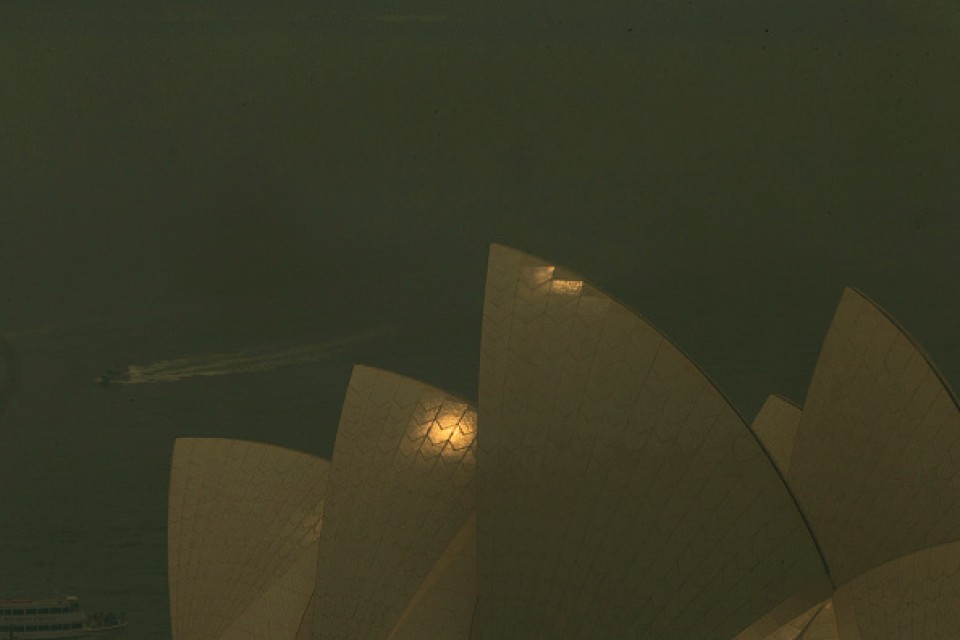 (The Sydney Opera house is barely visible, covered in a cloud of smoke on Dec. 19)
[Getty/Kyodo]

Speaking at a press conference in the state capital Sydney in the morning, Berejiklian said the state of emergency, the second in just over a month, was due to "catastrophic weather conditions."

"The biggest concern over the next few days is the unpredictability, with extreme wind conditions, extremely hot temperatures," she said.

By Thursday evening, the Rural Fire Services confirmed that 20 homes had been lost in fires southwest of Sydney, bringing the total number of homes destroyed by fires across the state to more than 800.

Under the state of emergency, Rural Fire Services Commissioner Shane Fitzsimmons is granted increased powers including the ability to control and coordinate the allocation of government resources and shut down essential utilities if necessary.

Currently, there are more than 100 fires burning across New South Wales, with almost 2.9 million hectares of bushland having been burned so far.

Greater Sydney is threatened by an especially large fire, which was dubbed the "mega-fire" after three separate bushfires merged, roughly 70 kilometers to the city's northwest. Large fires also burn in the city's west in the World Heritage-listed Blue Mountains area.

Fitzsimmons said that while fire conditions on Thursday are "very bad," Saturday is predicted to be even worse.

"We can expect the winds to be up and conditions to be at their peak very early in the morning and we'll have high sustained fire dangers for something like 15 hours," he said.

Firefighters from the United States, Canada and New Zealand who had previously been brought in continue to assist their Australian counterparts.

A statewide ban on fires is already in force in New South Wales and will continue until midnight Saturday.