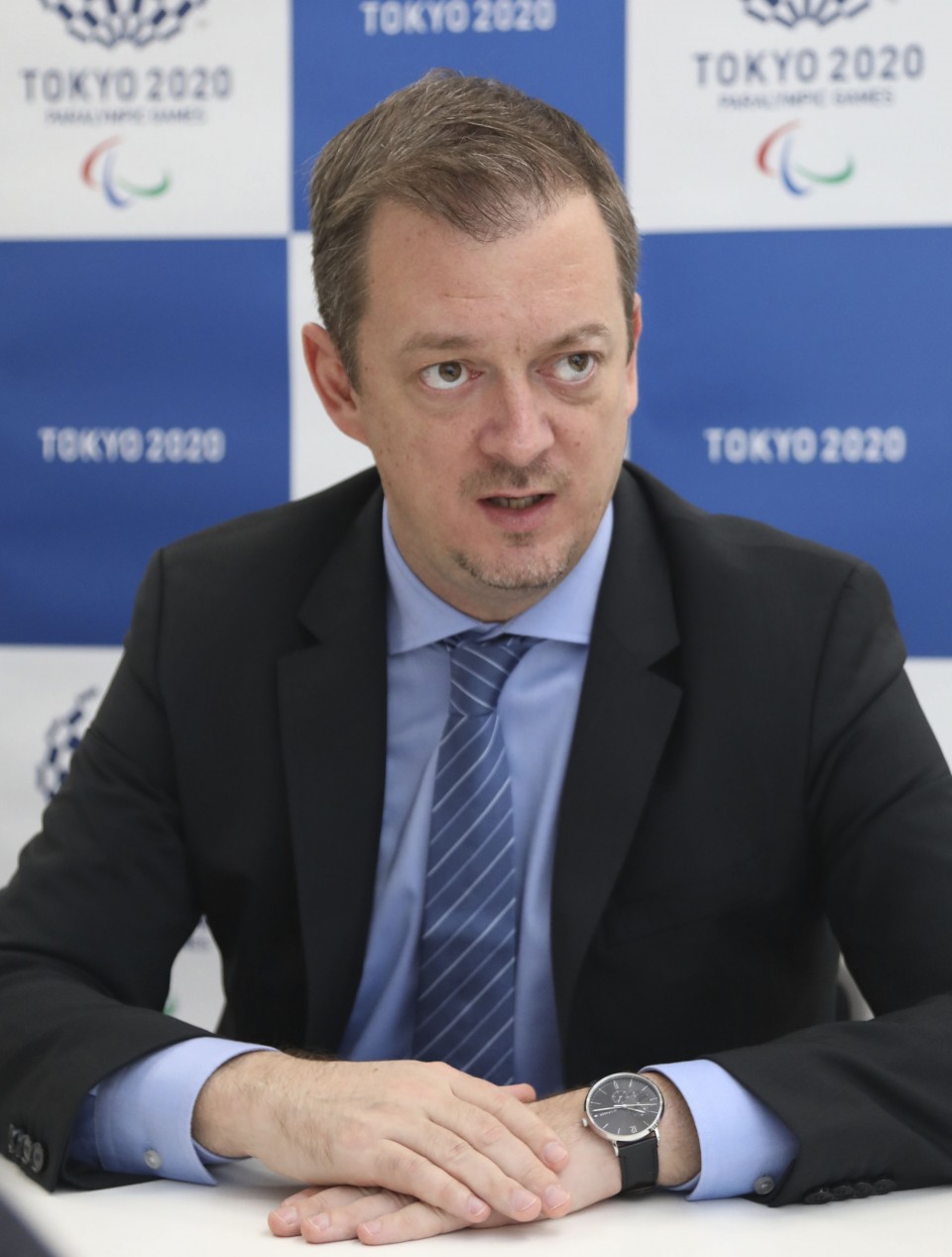 On Monday, Russia was banned from the Tokyo Games and other international competitions for four years over a persistent doping scandal. Russian athletes who clear strict regulations could be allowed to compete as neutral athletes, without their flag or anthem.

"(We) acknowledge and respect the decision made by the WADA Executive Committee...But of course we need to wait for Russian reactions for that," Parsons said in an interview with Kyodo News in Tokyo.

The Russian Anti-Doping Agency has 21 days from Monday to accept or appeal the WADA decision to the Court of Arbitration for Sport.

"It is likely to end up in CAS. So there are different scenarios that could come out of the CAS ruling. We should not speculate on specific scenarios," he said, leaving open the possibility of clean Russian athletes competing at the 2020 Tokyo Paralympics.

On Monday, WADA's executive committee approved recommendations of the Compliance Review Committee to strip Russia of the right to participate in major international sports, including the 2020 Tokyo Olympics, 2022 Beijing Games and 2022 FIFA World Cup, for four years.

It was part of the formal procedure opened by WADA on Sept. 17 because of "inconsistencies found in some of the data that was retrieved by WADA from the Moscow Laboratory in January 2019."

The IPC banned all Russians from the 2016 Rio de Janeiro Paralympics, but its Governing Board determined that Russian para athletes who met strict conditions be allowed to participate in the 2018 Pyeongchang Winter Games under the name Neutral Paralympics Athletes.

Parsons said in 2016 the IPC was behind the decision, but this time, it was WADA taking the lead. In accordance with the WADA International Standard for Code Compliance by Signatories, an appeal will be heard by the CAS, whose verdict will be final.

"At that time, the IPC was making the decision but now...it's WADA's decision. It's not the IPC decision. So the situation is different from Rio," Parsons said.

"We need to wait. This is what we need to do at this point in time...We believe (Russia) will not accept and at the end of the day, the process will go to the CAS," he said.

WADA suspects 298 Russian athletes of violating anti-doping rules between 2012 and 2015 based on the data retrieved from the Moscow lab. Of those, 145 cases were compromised because of the manipulation of data.

WADA's independent Compliance Review Committee concluded earlier this year that it was "an extremely serious case of noncompliance with the requirement to provide an authentic copy of the Moscow data, with several aggravating features."

The organizing committee on Tuesday released the latest figures of ticket requests for the Paralympic Games, running from Aug. 25 to Sept. 6 next year, showing they have surpassed 3.1 million.

"We couldn't be happier. 3.1 million ticket requests is an unprecedented number. It's three times more than London in the same period and London was the most successful Paralympic Games so far," Parsons said.

Approximately 2.7 million tickets were sold for the 2012 London Paralympics, which remains the record.

"We anticipate that we are going to have an incredible Games here in Tokyo with a lot of support from Japanese society," said Parsons, who thanked a number of stakeholders, including the 2020 Tokyo Games organizing committee, for their contributions.