For the deal that would create a base of more than 100 million members, KDDI will acquire a 2.1 percent stake in Lawson, with an estimated investment of more than 10 billion yen ($91 million).

"It's very important for us to integrate payment and point services," KDDI President Makoto Takahashi said at a joint press conference in Tokyo, voicing hope the partnership will increase the flow of money into its smartphone payment system in the age of ultrafast 5G mobile networks. 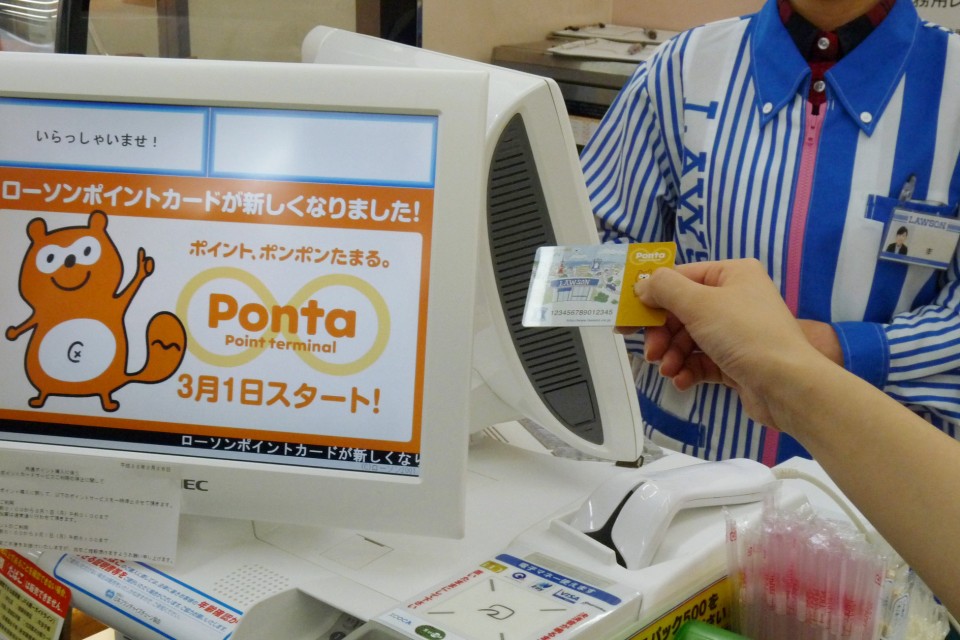 (File photo shows a checkout machine displaying information about the launch of Ponta, a shopper loyalty program, at a Lawson convenience store in Tokyo.)

Under the partnership, KDDI will also take a 20 percent stake in a company running Lawson's Ponta point program.

KDDI's reward points will be integrated into the Ponta program next May, the two companies said.

In the field of smartphone payments, they said Ponta members through its smartphone app will be able to use KDDI's "au Pay" payment services.

The alliance comes as competition in smartphone payments is heating up in Japan with mobile phone carriers, retailers and financial institutions newly entering the market.

Takahashi denied the partnership between Yahoo and Line affected their decision but expressed confidence they will be a "major rival" against it in the future.

The Japanese government has been pushing for a cashless society in a bid to spur consumer spending.

It has funded a program to give rebates for cashless payments at small shops from October through next June as a way to shield the economy from a recent consumption tax hike.

Takemasu said the chain wants to take advantage of KDDI's digital technology to address challenges facing the convenience store industry, such as a chronic labor shortage and overwork problems.

To deal with the issues, Lawson has said it will open a cashier-less store on a trial basis in 2020, using sensors for monitoring smartphones and a facial recognition system.