On Thursday evening, Japan's Emperor Naruhito will perform the Daijosai rite, a key imperial succession ritual for his enthronement, in a temporary Shinto shrine compound where he will make offerings to ancestors and to deities of heaven and earth.

The main part of the ritual, which runs through the early hours of Friday, will be held behind closed doors, but here is a collection of photos from 1990, when his father, then Emperor Akihito, performed the ceremony. 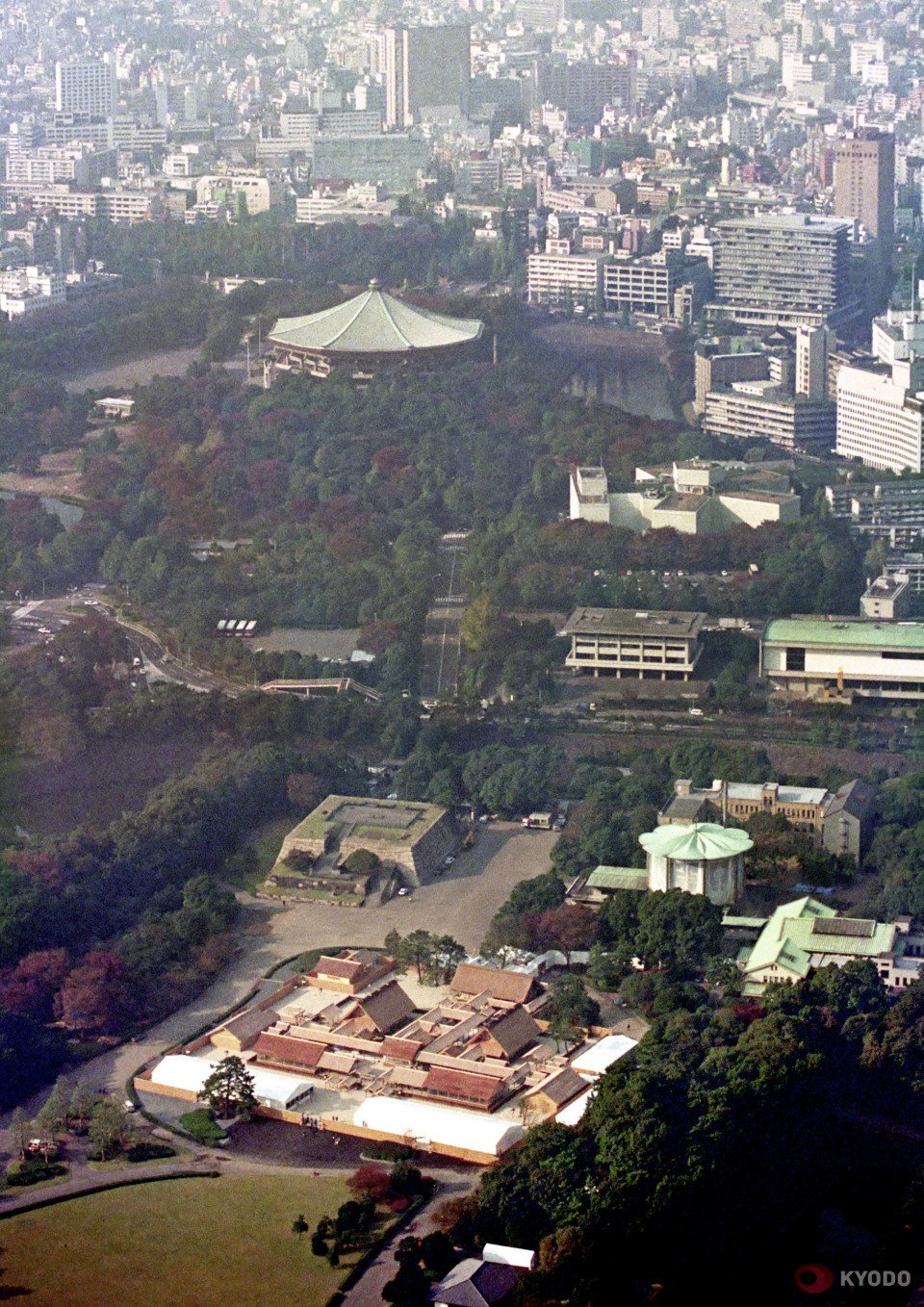 (Nov. 17, 1990: The Daijokyu Halls (foreground), the setting for the Daijosai great thanksgiving ceremony, on the Imperial Palace grounds) 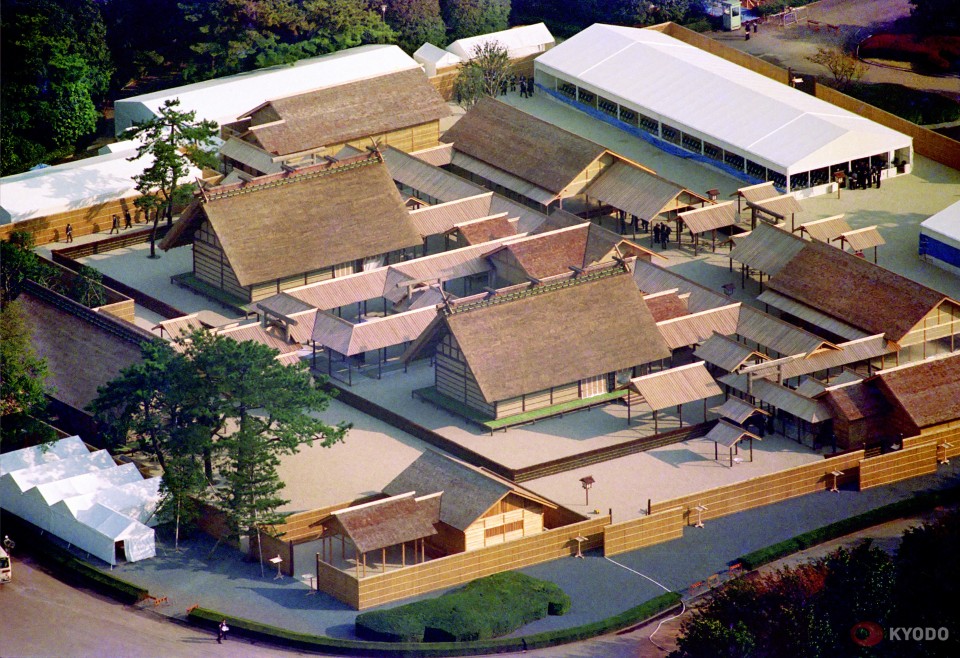 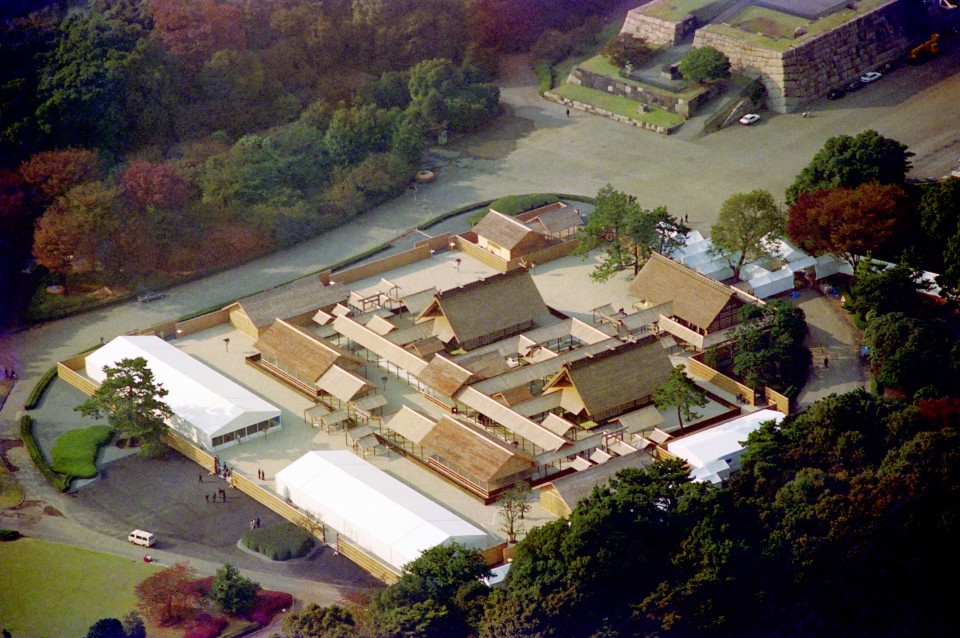 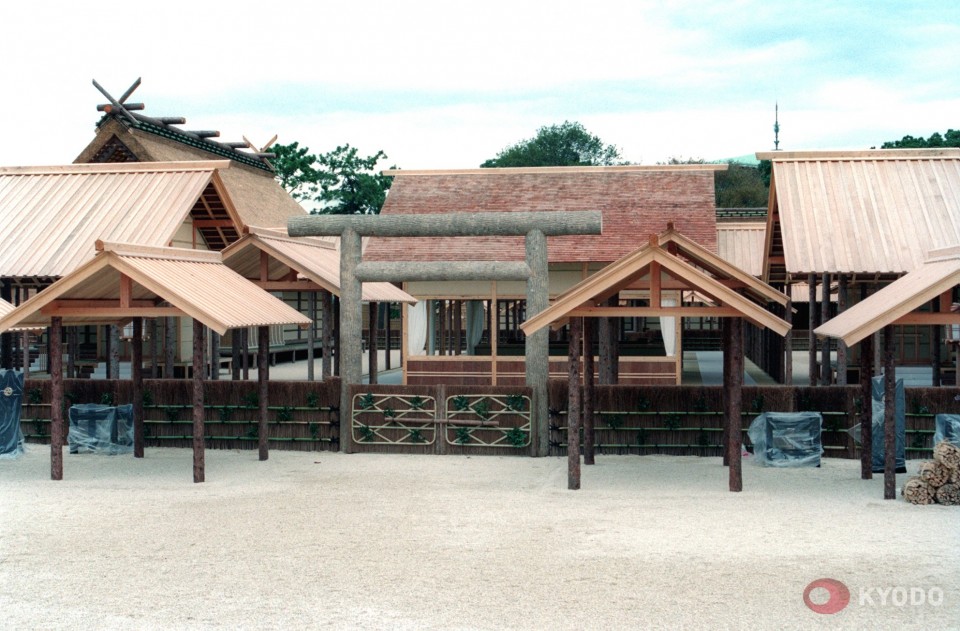 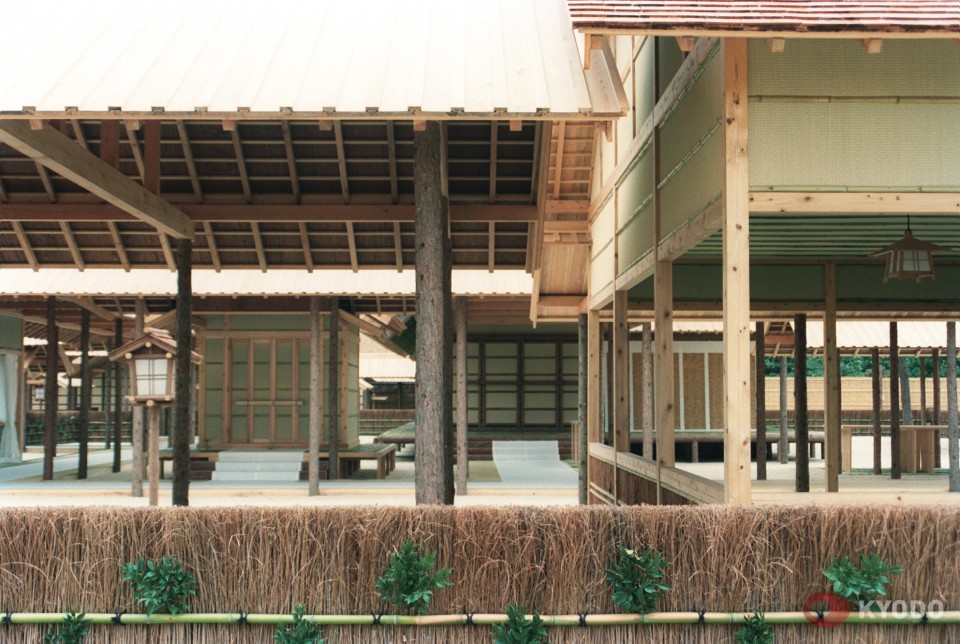 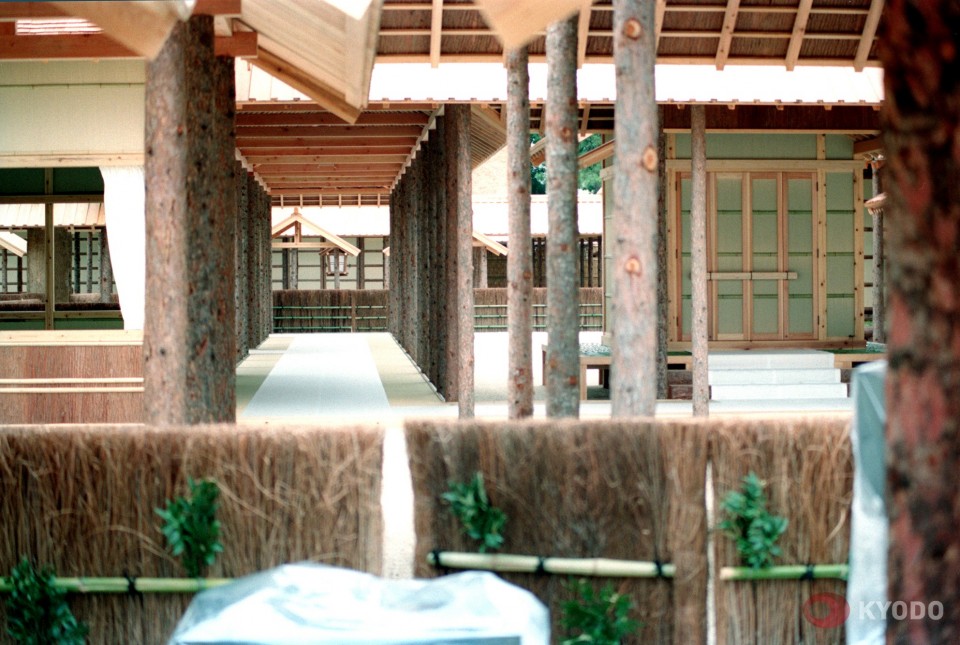 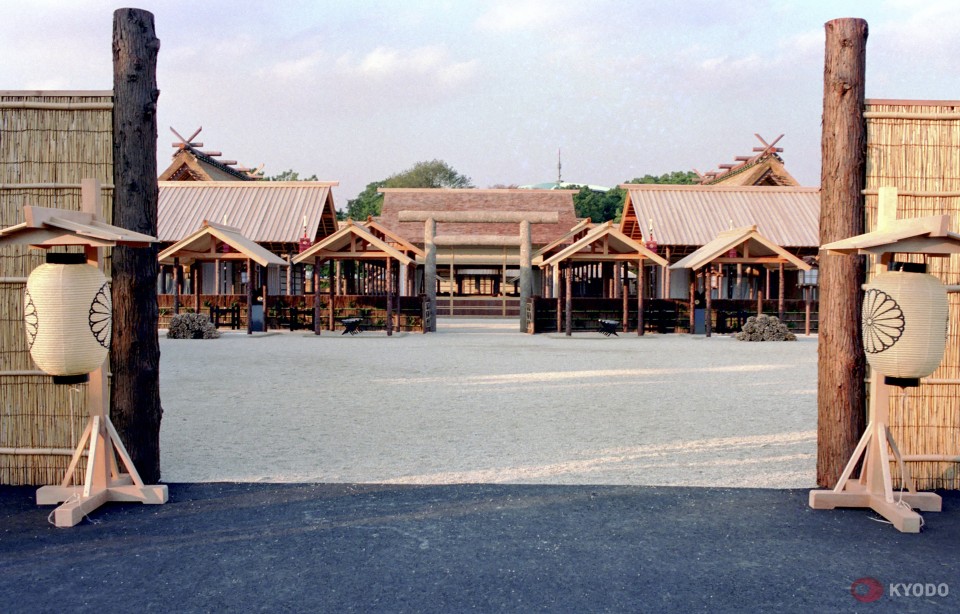 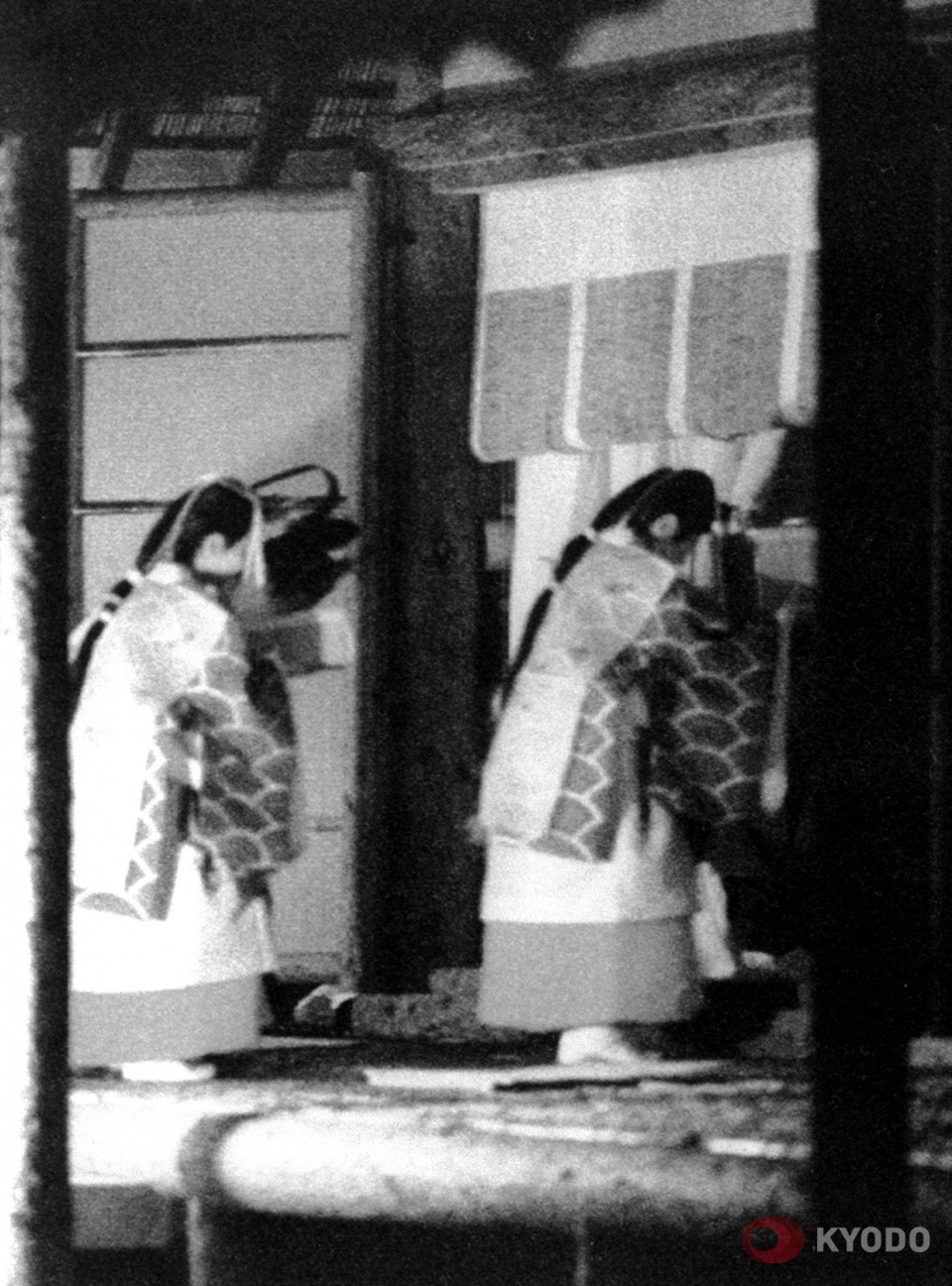 (Nov. 22, 1990: Maidservants carry offerings for the "Daijokyu no gi" main rite of the Daijosai) 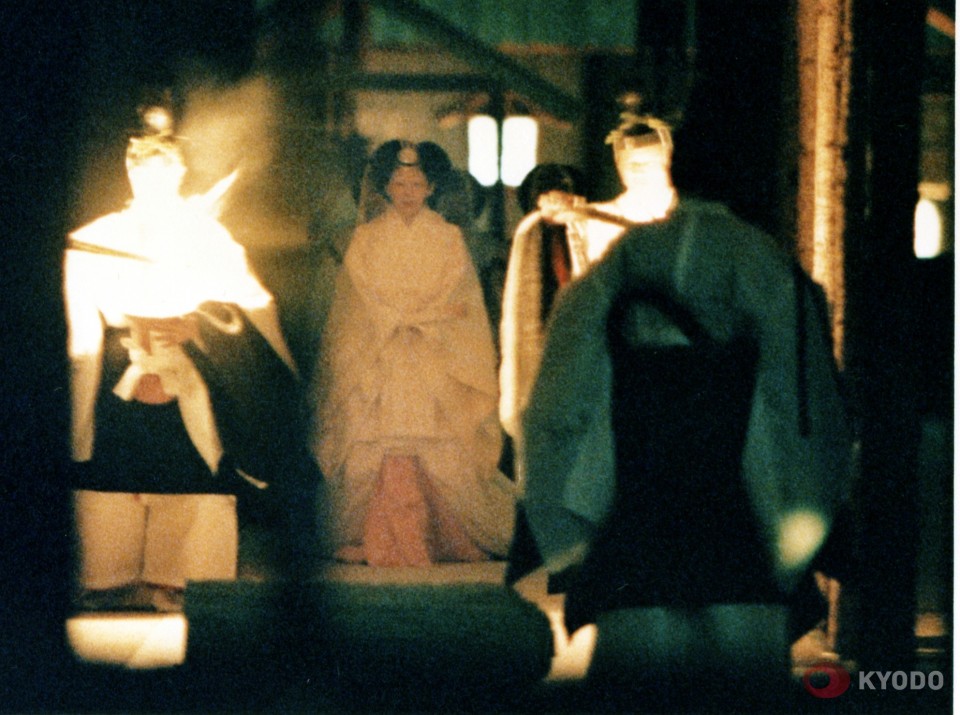 (Nov. 22, 1990: Empress Michiko (center) at the Daijokyu Halls on the Imperial Palace grounds during the "Daijokyu no gi" main rite) 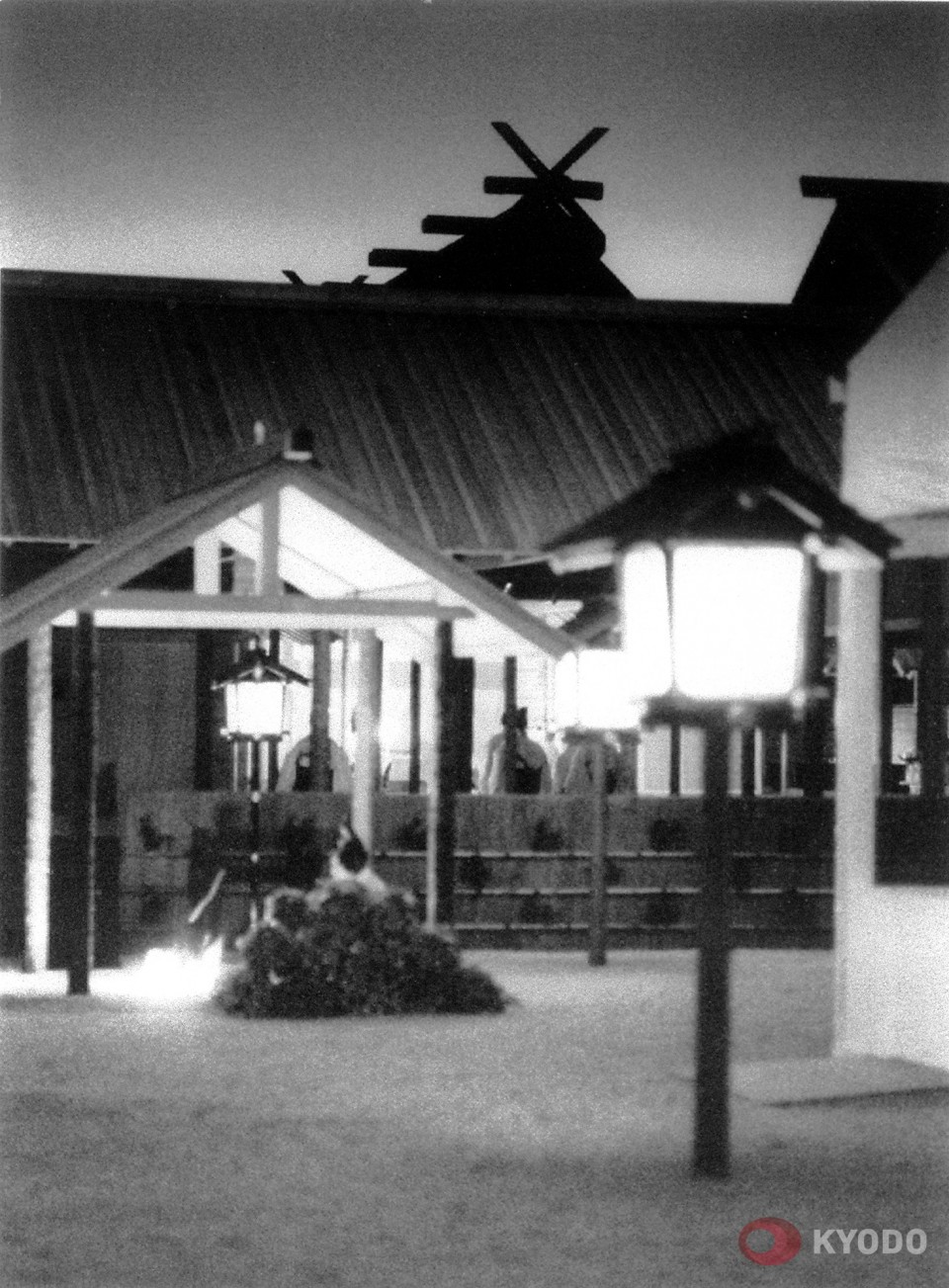 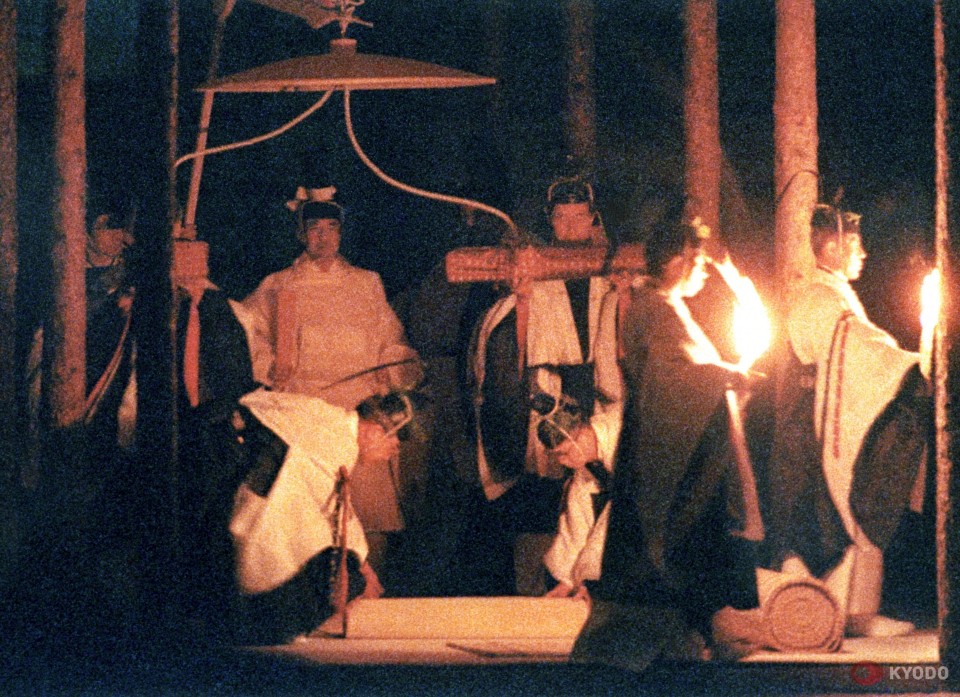 (Nov. 22, 1990: Emperor Akihito (background left) clad in white traditional attire heads to the Yuki Hall, part of the gigantic Daijokyu Halls, to perform the "Daijokyu no gi" main rite of the Daijosai)