Grand champion Kakuryu pulled out of the Kyushu Grand Sumo Tournament with a lumbar spine injury after hurting his back in practice on Sunday morning, according to his Michinoku stablemaster.

The yokozuna's decision to pull out on the opening day of the 15-day tournament in Fukuoka marks his second straight withdrawal since missing half of the previous meet in September because of a knee injury, and leaves Hakuho as the sole yokozuna in competition.

This tournament would have been Kakuryu's first contested under his new Michinoku stable, following the sudden death of his Izutsu stablemaster, former sekiwake Sakahoko. 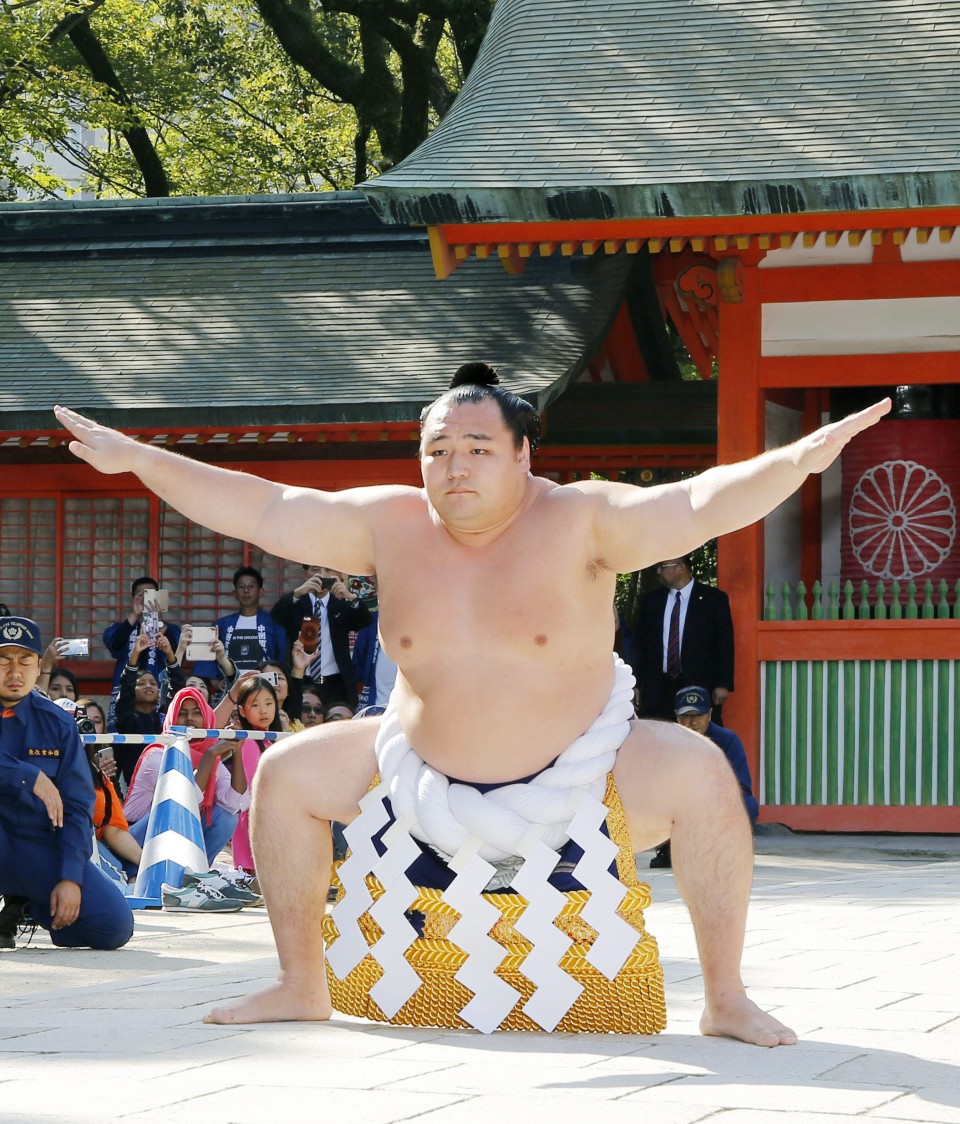 Kakuryu's Day 1 opponent, komusubi Asanoyama, will open the last grand tournament of the year with a win by forfeit.

The 34-year-old was also slated to face top-ranked maegashira Okinoumi on Day 2, but the Japan Sumo Association has rearranged the schedule.

Kakuryu is the second wrestler from the top two divisions to withdraw from the Kyushu meet after rank-and-filer Ichinojo, who has been sidelined since suffering a right shoulder injury in a bout with Kakuryu at the Autumn Grand Sumo Tournament.