A comic by a Japanese artist based on the testimony of a Uyghur woman who was detained and tortured in China after giving birth abroad, has gone viral on social media.

Titled "What has happened to me," the Japanese comic by Tomomi Shimizu, 50, illustrates the account of a Uyghur woman who, upon returning to China after giving birth to triplets in Egypt, was detained and tortured on three separate occasions between 2015 and 2017.

The comic, which has received around 2.5 million views and over 86,000 retweets since it was posted on Twitter in late August, has since been translated and distributed in multiple languages, including English, Chinese and Uyghur. It has also appeared in the streets of Hong Kong, where clashes between protesters and police have grown increasingly violent over the past few months.

たくさんの海外の方からのコンタクト、ありがとうございます。(*´人｀)
Thank you for the contacts from many overseas people. I'm sorry, but I don't seem to be able to respond immediately. This is the English version. ↓
Please feel free to introduce manga.https://t.co/dmOTceNlTv

China runs a surveillance and predictive-policing system to crack down on large numbers of Uyghurs and other minority Muslims in its far west Xinjiang region, according to internal Communist Party documents obtained by the International Consortium of Investigative Journalists.

Beijing cites threats of "terrorism" and "extremism" as grounds for sweeping surveillance and mass detention. But critics say the Communist Party uses Uyghur separatism and Islamic extremism as a pretext to crack down on dissent and justify tight control in Xinjiang.

Confined in terrible conditions that did not permit sufficient sleep, the Uyghur woman recounted being tied to a chair and repeatedly tortured by electric shock. Her triplets, who were taken from her by the Chinese authorities, became ill and one died, she said in the comic.

Shocked by the merciless torture of a woman who had just given birth, readers have called for the comic to be taught in schools. There have also been calls for the story of the current crisis in Hong Kong to be told through manga.

Shimizu, who learned of the repression of the Uyghurs through the media in the fall of 2018, released her first comic on the issue, "No one says the name of the country," in April this year. Uyghurs in Japan, with whom she became acquainted by writing the piece, told her of the woman who would become the inspiration for her second comic.

"Despite (China) being a neighboring country, it is full of things that are unknown. Telling people about them through manga is my mission," said Shimizu, who had previously rarely tackled social problems in her works. The artist states that she plans to release a collection of Uyghur testimonies in the future. 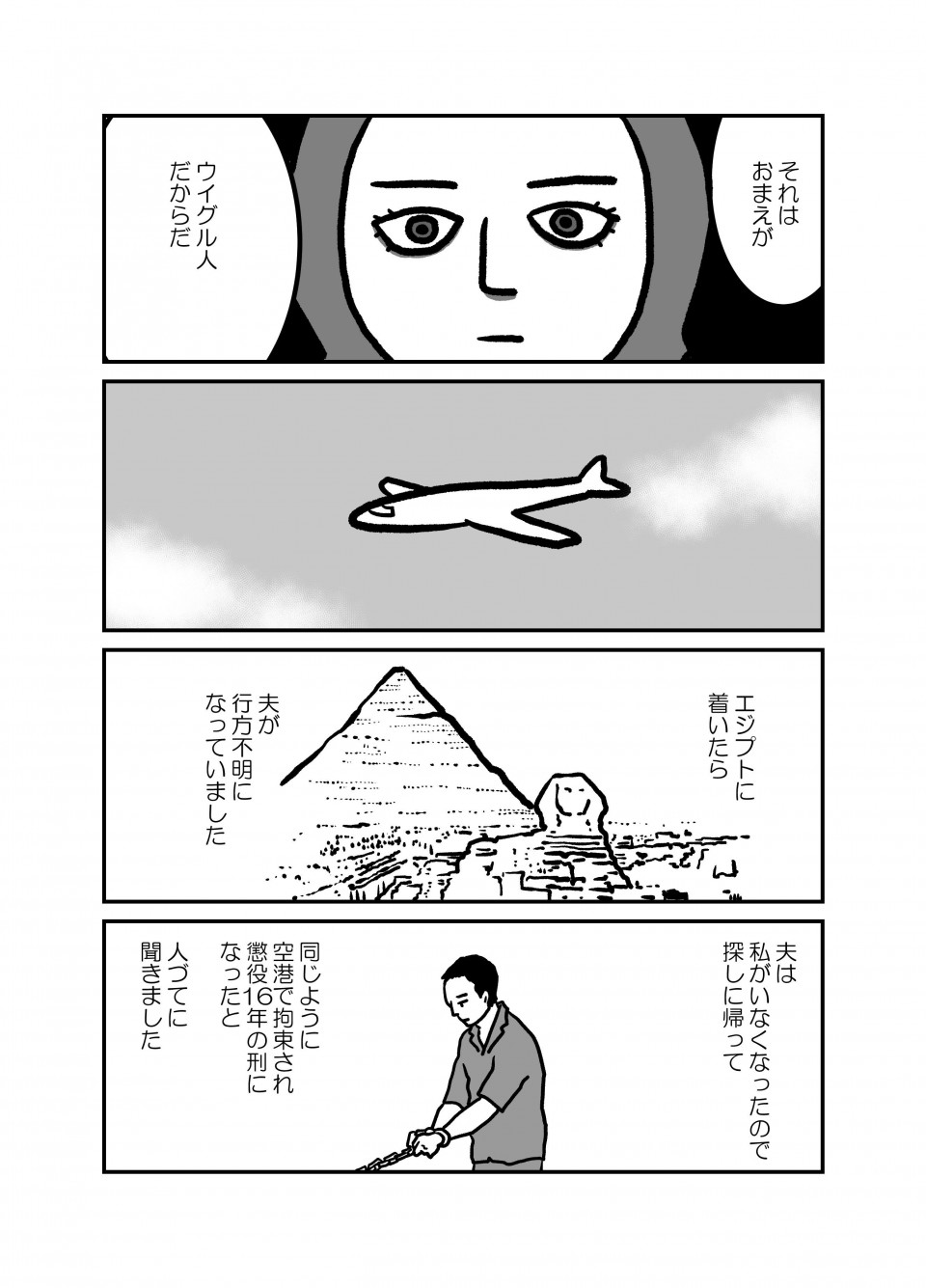