A prominent political activist for China's Uyghur ethnic minority on Friday urged the Group of 20 major economies to tackle systematic oppression of her people by the Chinese government, amid growing anxiety worldwide about Beijing's human rights violations.

"I am here to convey voices of little children left in our motherland to people of the 20 countries," Rebiya Kadeer said at a press conference in Osaka, hours after the G-20 leaders kicked off their two-day summit in the western Japan city.

"Now, many people are killed and dead across the globe, but there is no ethnic group that has been oppressed and slaughtered like the Uyghur," Kadeer said. "What China is doing is the worst in the world."

Despite calls from Beijing not to issue a visa to Kadeer, Tokyo did so, Japanese government sources confirmed. Chinese President Xi Jinping is in Osaka through Saturday to participate in the G-20 summit.

The application for a visa was made on June 7 and one was issued on June 19 on the grounds that Kadeer had already traveled to Japan more than 10 times, and that there was no legal reason to keep her from doing so again, the sources said.

Roughly 10 million Uyghurs live in China, mainly in the far-western Xinjiang autonomous region. Beijing has been criticized for its oppressive treatment of the majority-Muslim group, including sending large numbers to mass detention camps for "re-education." 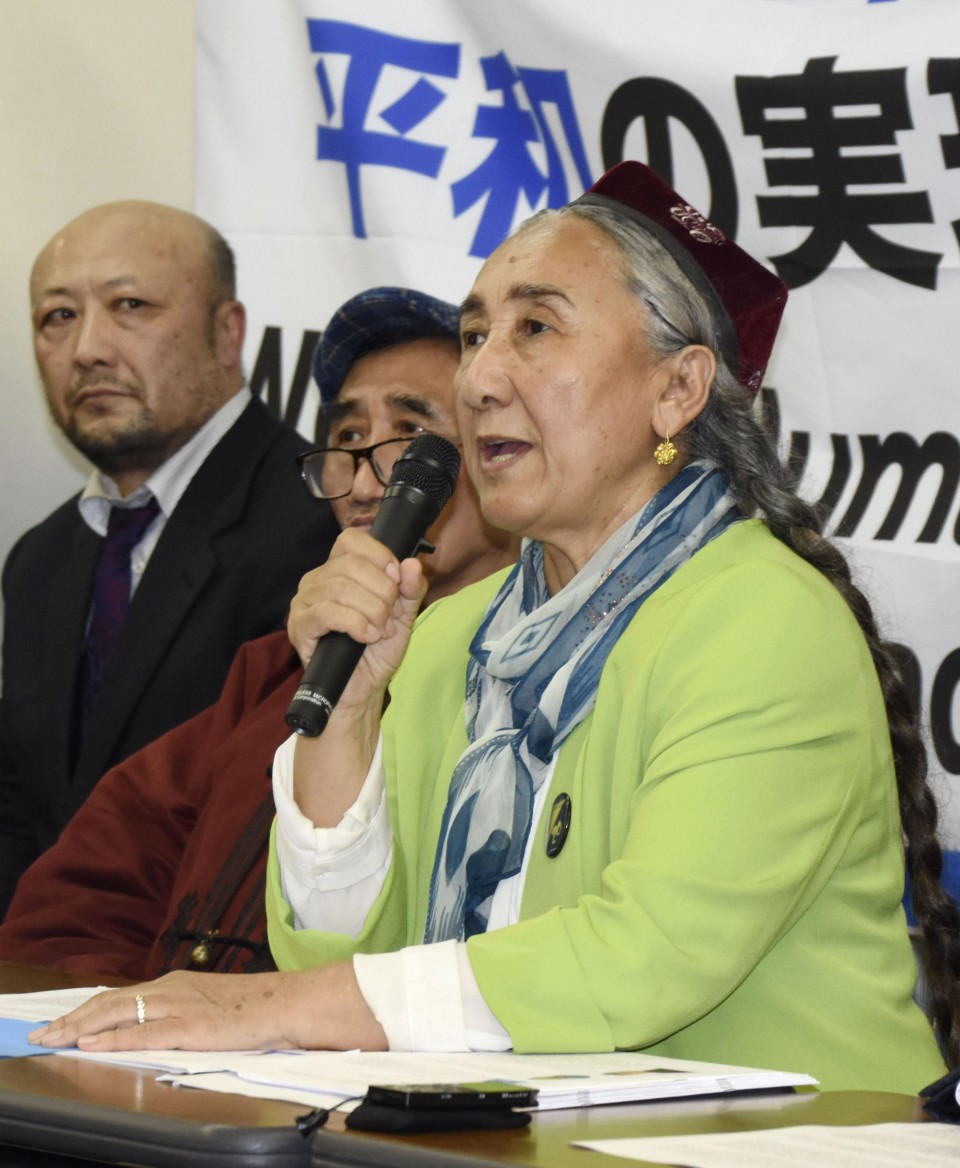 As for recent protests in Hong Kong involving hundreds of thousands of people opposing a controversial extradition bill that could enable the transfer of fugitives to mainland China, Kadeer said, "I am always behind them. I don't want them to stop protests for oppressed ethnic groups."

Demonstrations have continued in Hong Kong, with protesters calling for the complete withdrawal of the now-suspended bill, which critics say could bolster the influence of communist China and erode liberties in the former British colony.

At his bilateral meeting with Xi on Thursday in Osaka, Japanese Prime Minister Shinzo Abe, chair of the G-20 summit this year, expressed support for "open and free" Hong Kong under the "one country, two systems" policy.

Abe also asked Xi to take measures to protect human rights of ethnic minorities such as the Uyghur, emphasizing the importance of respecting common values of the international community, according to a senior Japanese government official.

"Japan has not played an adequate role" in improving the human rights situation in China, Kadeer said, but she added, "I appreciate Prime Minister Abe because he touched on Uyghur and Hong Kong issues" during talks with Xi.

"It is globally very significant (for Abe) to have raised the issues at the important meeting," Kadeer said. "I hope the Uyghur issue will be definitely discussed tomorrow" at the G-20 summit.

Chan Ho-tin, former convener of the Hong Kong National Party, also said at the same press conference in Osaka that he is "grateful" for Abe to have directly told Xi about Japan's concern over China's human rights violations.

The former head of the fringe group advocating Hong Kong's separation from China, meanwhile, said he thanks many Japanese people for supporting protests in the self-governed region.

In Osaka, demonstrations and rallies involving university students from Hong Kong have been staged this week to draw attention to the Hong Kong issue on the occasion of the G-20 summit.