Emperor Naruhito on Saturday expressed his deep appreciation of the people's celebration of his enthronement as he and Empress Masako attended a national festival.

In the event at the Imperial Palace Plaza in Tokyo, popular all-male idol group Arashi performed a celebratory song with Nobuyuki Tsujii, a blind pianist whose exceptional talent propelled him to international acclaim. 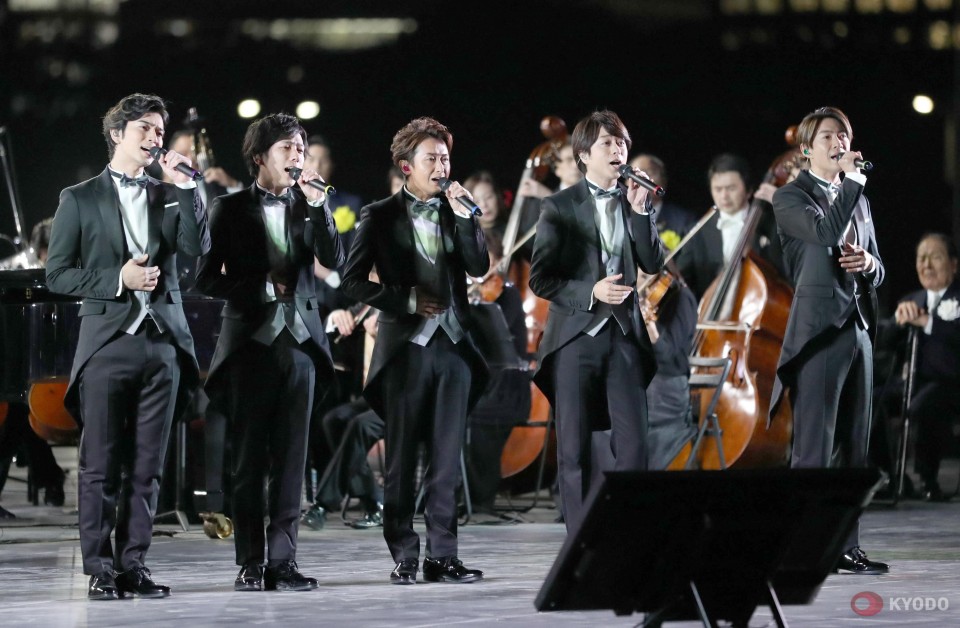 "I deeply appreciate your celebration of the enthronement," the emperor said after congratulatory speeches by Prime Minister Shinzo Abe as well as notable figures such as Kabuki actor Matsumoto Hakuo and actress Mana Ashida.

"As I wish for the happiness of the people, I hope for the further development of our country and peace for the world," he said, a day before the imperial couple parade in the capital to mark the enthronement.

Five Arashi members performed a song written by playwright Yoshikazu Okada and composed by Yoko Kanno, who is best known for her work on many anime and video game soundtracks.

The emperor and empress stood on a stone bridge and applauded the performance. About 30,000 people, with many waving Japanese flags, attended the evening event, according to organizers.

Eiko Nakadeguchi, a part-time worker in Kanagawa Prefecture near Tokyo who participated in the event, hailed the song because it featured water, a theme in which the emperor is interested.

"With the emperor and empress hand in hand, I would like them to play an active role for Japan and the world," Nakadeguchi, 50, said.

In his remarks, the emperor also referred to recent disasters such as Typhoon Hagibis, saying major damage from them "has seriously hurt my heart."

"I sincerely hope restoration work will progress, and that people affected by the disaster will return to a life in which they feel secure as soon as possible," he said. 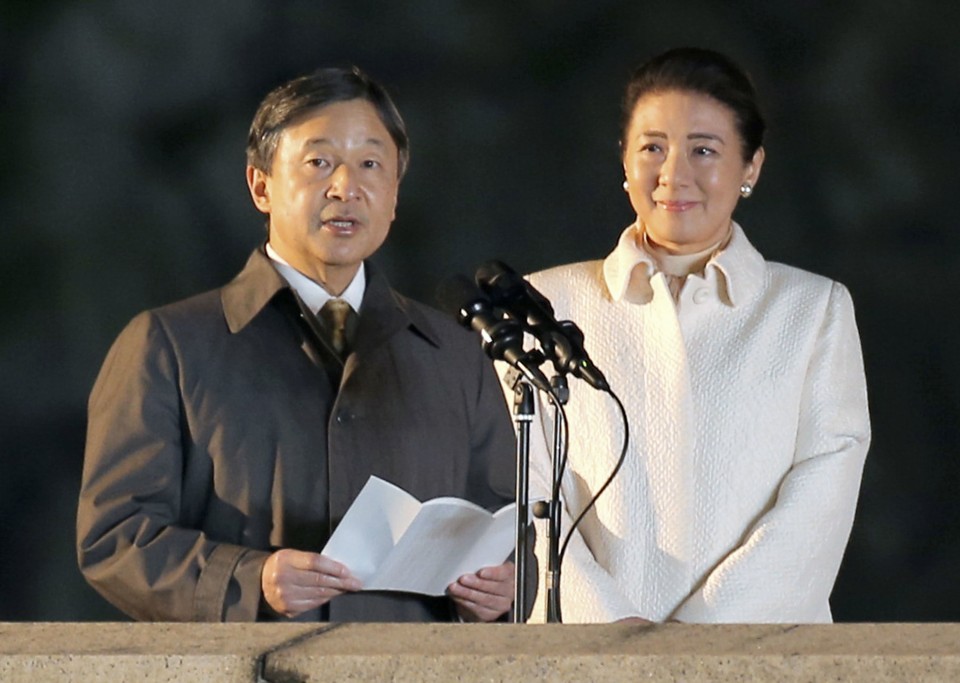 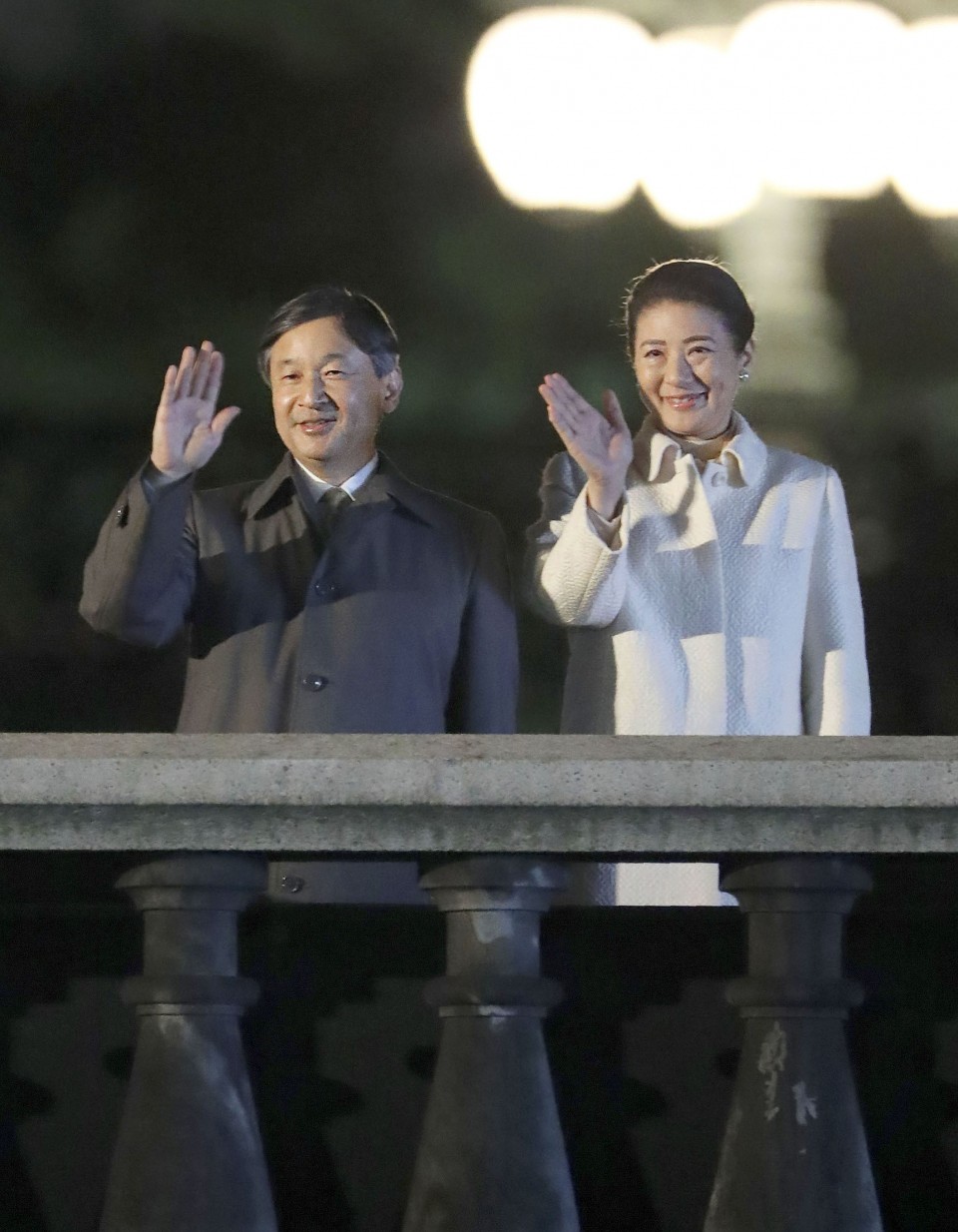 Popular artists performing a song at national festivals have become a fixed custom. In 2009, a festival to mark 20 years of former Emperor Akihito's reign at the Imperial Palace Plaza featured a performance by popular J-pop group Exile.

Arashi are known not only for their music but also for appearing in movies, dramas, variety shows and commercials. The group announced they will suspend their activities at the end of next year after a 21-year career.

More than 470,000 members of the public had applied for about 10,000 tickets, according to the organizers, who consist of lawmakers and business leaders.

Earlier Saturday, there was a procession of around 30 "mikoshi" portable shrines accompanied by musical performers and dancers. 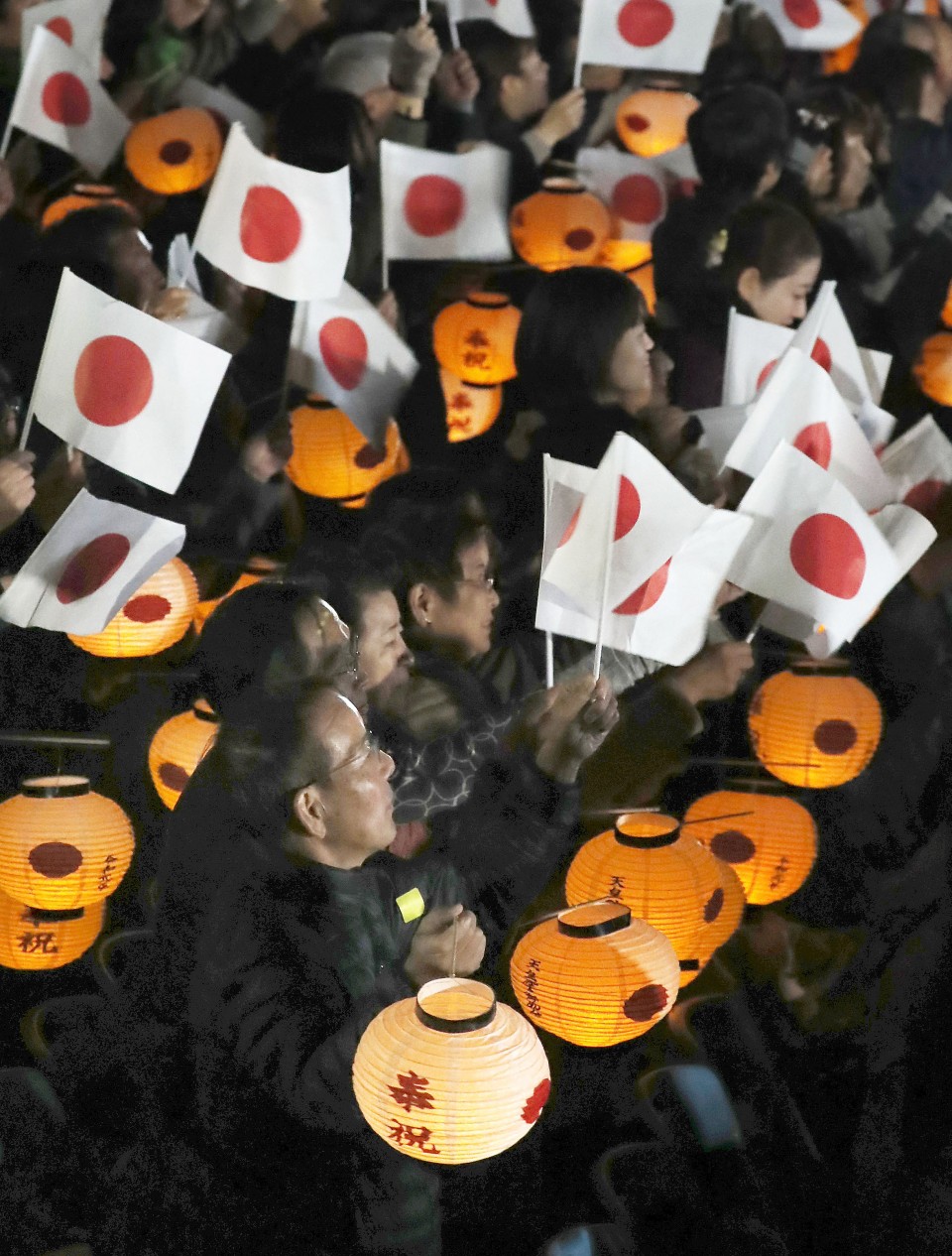 A celebratory parade of traditional Japanese folk dance groups from around the country and music bands of the Metropolitan Police Department and the Tokyo Fire Department also took place.

Emperor Naruhito ascended the throne on May 1 after his 85-year-old father Emperor Akihito abdicated the previous day -- the country's first monarch to step down in about two centuries.

The "Sokuirei Seiden no gi" enthronement ceremony, the equivalent of a coronation, was held on Oct. 22 as a state occasion, with the emperor proclaiming his ascension to the Chrysanthemum Throne before about 2,000 guests, including some 420 dignitaries from about 190 countries and international organizations.

On Sunday, the imperial couple will parade in a convertible sedan along a 4.6-kilometer route from the Imperial Palace to their residence in the Akasaka Estate to mark the enthronement. 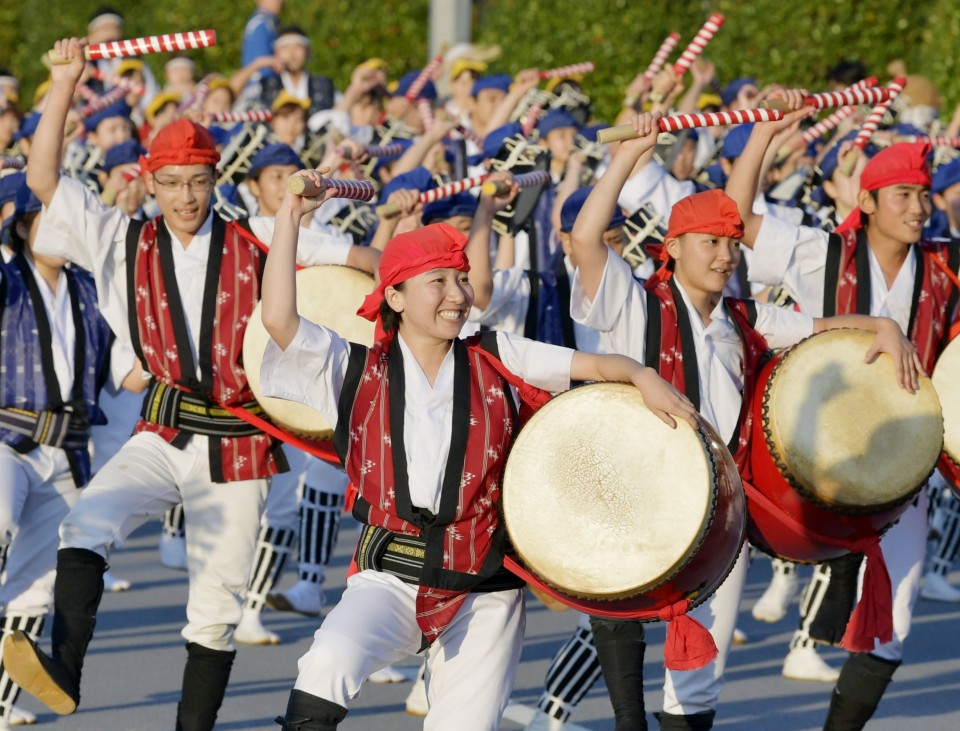 Japan's emperor, empress to parade in convertible to mark enthronement