Emperor Naruhito's enthronement parade on Sunday has inspired a number of products and services, ranging from wedding plans offering the same style of dress expected to be worn by the empress to viewing tours of the route.

Kamigamo-jinja, a shrine in the city of Kyoto with ties to the imperial household, is offering formal long bridal dresses as part of a wedding plan released last year. 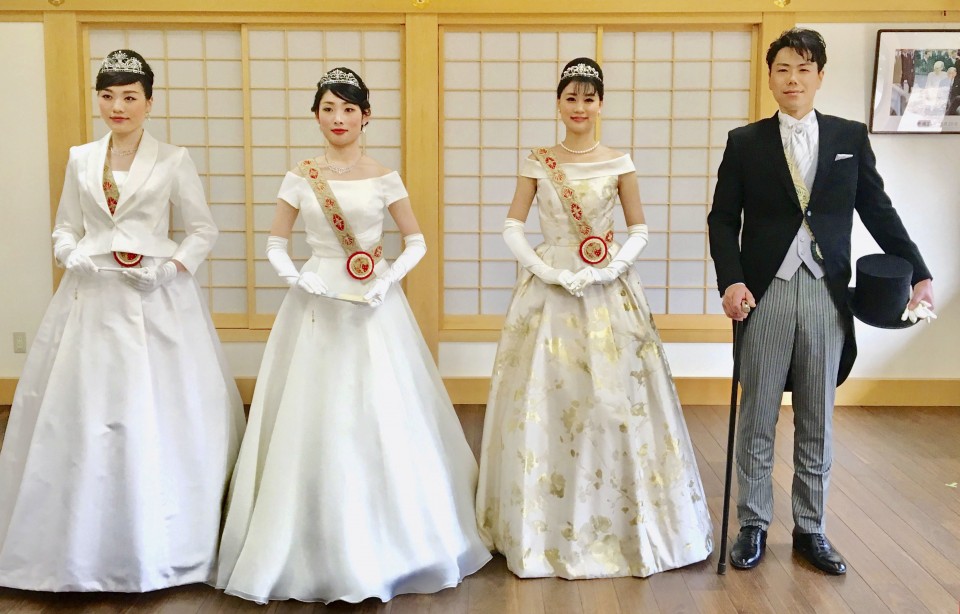 Following Emperor Naruhito's accession on May 1, page views for its website have surged to an average of 9,500 per month, around 10 times more than previously, according to the shrine.

A similar dress with a low-cut neckline was worn in 1990 by Empress Michiko, the current emperor's mother, during the parade following Emperor Akihito's enthronement.

Empress Masako is also expected to wear the same style of dress on Sunday, when she and Emperor Naruhito will parade in a convertible sedan along a 4.6-kilometer route from the Imperial Palace to their residence in the Akasaka Estate.

Couples who have selected the wedding plan have given positive feedback.

"I have adored (the dress) since seeing the empress wear it during the 'Sokui go Choken no gi' (First Audience after the Accession to the Throne)," a bride said.

"Wedding venues offering the same style of dress worn by the imperial family are rare, so inquiries from overseas have also been increasing. I never expected it to get so big," said a staff member in charge. 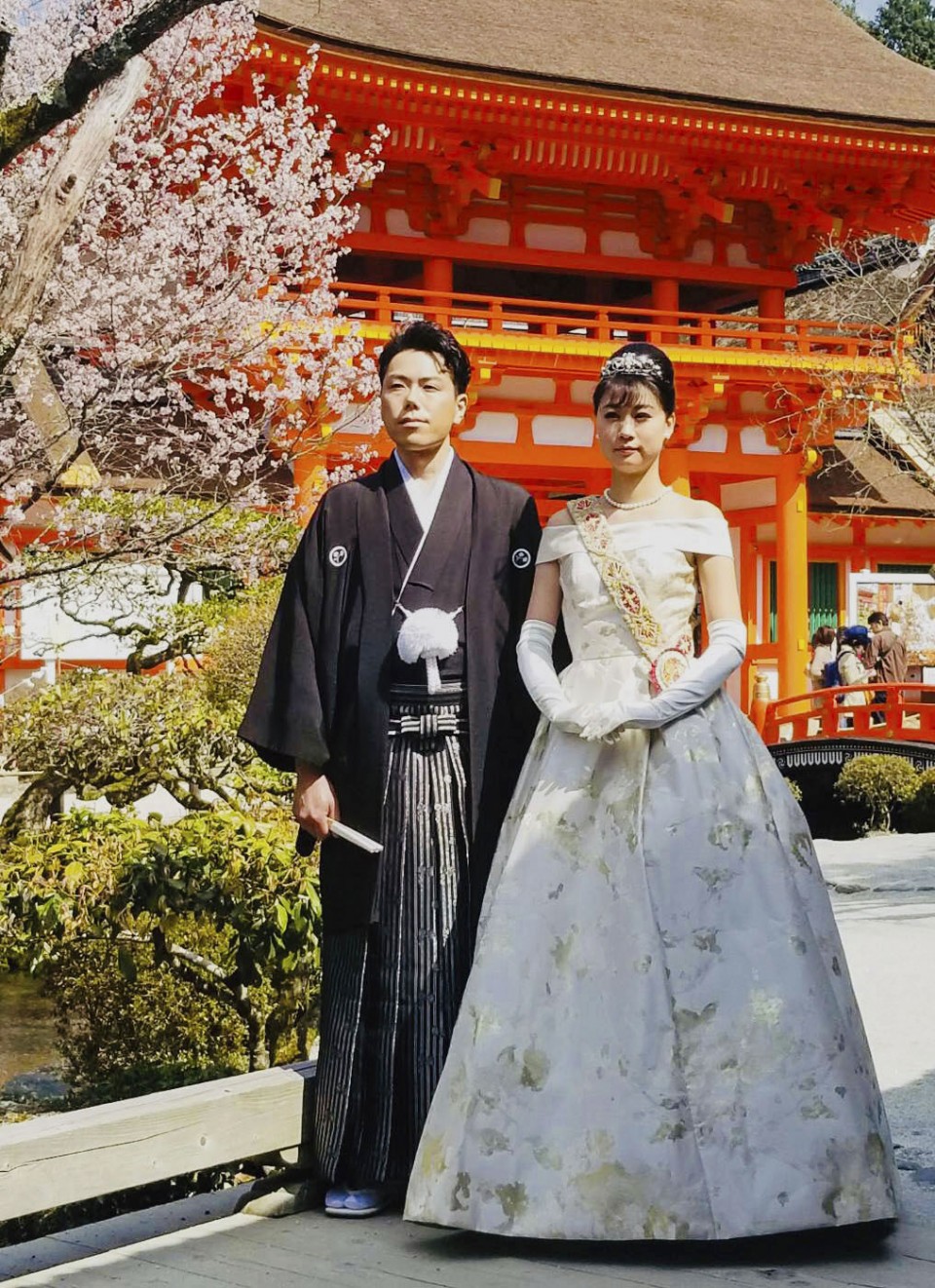 Emperor Akihito's parade in November 1990 following his enthronement ritual drew about 120,000 roadside spectators. Based on this turnout, Naoko Sakuma, a Club Tourism International spokeswoman, said she expects last-minute participants to join parade tours on the day.

"There are many people who want to get a taste of the special atmosphere and remember it," she said.

Pocket Culture Co., a Tokyo-based company specializing in day tours, has organized 15 programs including with a French meal at a hotel near the Imperial Palace and a tour of the National Diet Building.

The company said it has received over a thousand applications from people across Japan, with some programs already fully booked.