A 14-year-old boy who was arrested for allegedly slashing an elementary schoolgirl in Aomori Prefecture, northeastern Japan, has admitted to attacking the sixth-grader with intent to kill her, police said Wednesday.

An investigative source quoted the suspect as saying that he intended to kill, and it didn't matter who it was.

The police said they have seized several knives, including one believed to have been used in the attack, from his home and other locations.

The girl, who was taken to a nearby hospital after the Tuesday incident in the city of Hachinohe, is conscious and able to speak, according to the police.

The junior high school boy and the elementary school girl do not know each other, the police said.

Japanese police do not release the names of arrested minors. 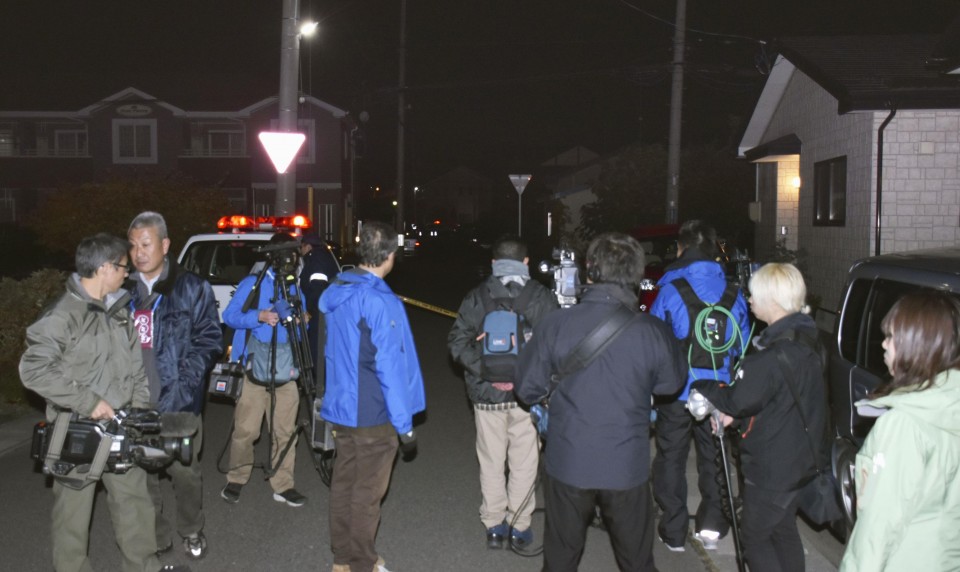 According to the police, the boy is suspected of attempting to kill the girl by approaching her from behind and slashing her throat with a knife as she was walking home alone from school at around 4:40 p.m. on Tuesday.

The assault left her with a 10-centimeter-long gash, as deep as 1 cm.

The girl told her family of the incident after returning home by herself. Wearing a white jacket and black pants, the suspect walked close to the girl and fled on foot after attacking her, the police said.

Several security cameras in the area caught the image of a male wearing clothes similar to those the girl described as being worn by the attacker. The footage showed him walking behind the girl and carrying a schoolbag resembling those designated for students at his school.

Police arrested the boy after questioning him. He was found in the city in clothes different than those he wore at the time of the attack.

An official at Hachinohe's board of education said the suspect had gone to school as usual on the day of the attack, and his behavior at school was not out of the ordinary.

The official described the boy as never causing trouble at school and was actively involved with a school sports club.

Hachinohe's local government had warned residents about a suspicious man who was seen Thursday evening following children near the location of the attack, a residential area 2 kilometers from JR Konakano Station.

The police are investigating whether the boy may have been involved in that case as well.