The motive of the assailant in a knife attack this week in Kawasaki that left two dead and a dozen others injured remains unclear even after police searched his home, investigative sources said Friday.

Ryuichi Iwasaki, 51, who committed suicide at the scene, had left a notebook in the house where he was living with his uncle and aunt. But it gives no indication about why the attack occurred, the sources said.

The suspect repetitively wrote the Chinese character of "sei" or "shou," meaning righteousness or real thing, in the notebook, the sources said.

Iwasaki's room, which he is said to have hardly left, has a TV and a game console but no internet connection, according to the sources. No computer or smartphone has been found.

Two magazines published more than a decade ago about serial murders that occurred overseas were also found during the search. 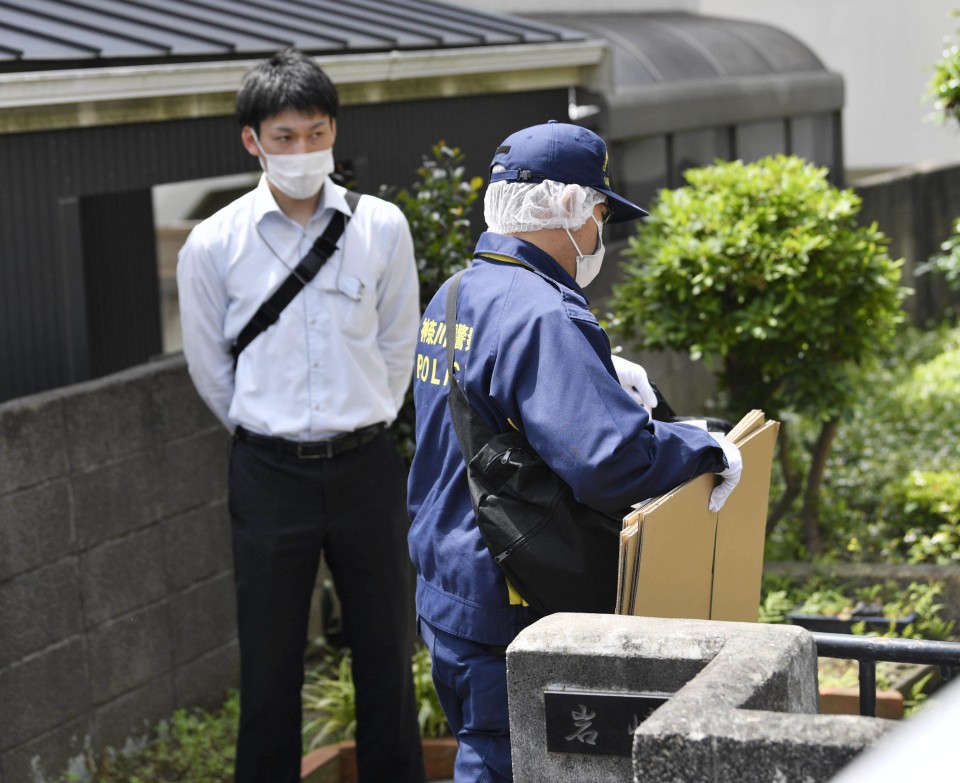 Based on testimony by a neighbor and analysis of security camera footage, the police believe Iwasaki left his home around 7 a.m. Tuesday.

He then used the Odakyu Line to go to the crime scene near Noborito Station where he began attacking a group of Caritas Elementary School students and parents waiting for a school bus around 7:40 a.m.

Iwasaki was seen walking along train tracks toward the location, putting on work gloves, and crouching at a nearby convenience store's parking lot holding his backpack.

The police believe it was there that Iwasaki observed the students and took out the two 30-centimeter-long knives which he used to kill Hanako Kuribayashi, an 11-year-old student, and Foreign Ministry official Satoshi Oyama, the 39-year-old father of a student.

Iwasaki also injured 18 others, mostly schoolchildren. He later died of a self-inflicted wound to the neck.

The police earlier said the number of injured was 17, but on Friday said they have newly found that another girl had been slightly wounded.

The police are looking at past security camera footage to see if Iwasaki had been in the area previously to plan the killing.

The elementary school, which closed in the wake of the attack, said Friday it will reopen next Wednesday.