Following a rapid expansion of luxury housing in New York City in recent years as developers took advantage of low interest rates, sales of high-end units have begun to slow, worrying stakeholders and raising concern over the health of the economy.

In a coveted area along the southern end of the city's Central Park, a number of ultra-luxury buildings have sprung up or are under construction, including the 1,550-foot Central Park Tower, billed as the world's tallest residential skyscraper.

Another building in the so-called Billionaires' Row features the most expensive home ever sold in the United States -- a massive top-floor penthouse snagged by hedge-fund billionaire Ken Griffin for $238 million earlier this year.

However, a concerning number of units remain vacant in New York's luxury real estate market. According to a recent StreetEasy report, more than a quarter of the 16,242 condominium units built in the city since 2013 remain unsold. The median price of unsold units in Manhattan stands at around $2.3 million.

The report points out that historic lows in U.S. borrowing rates in 2012 accelerated luxury condo development, with units in new buildings beginning to enter the market the following year. 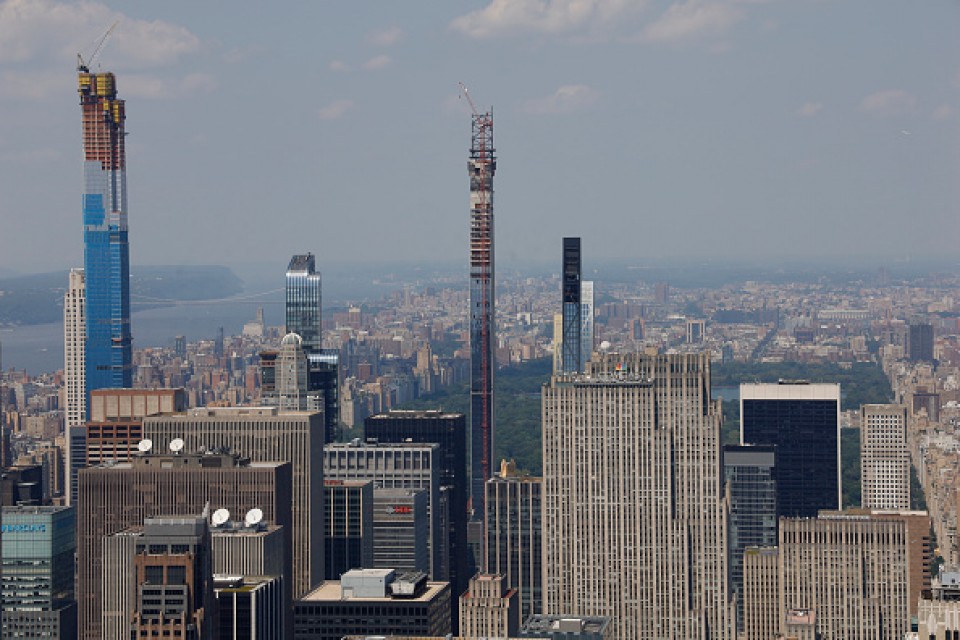 Whereas 1,338 units in new condo buildings were completed in 2013, the number nearly tripled by 2018, with 3,807 new units put on the market that year. But the city's boom in luxury condo construction has not been met with great enthusiasm, as prices grow even further out of reach for average homebuyers.

"There was too much built in a short period of time that targeted a small market -- the high-end condo segment," Jonathan Miller, president and CEO of the real estate firm Miller Samuel Inc., told Kyodo News.

The slowing global economy, due partly to the prolonged trade war between the United States and China, also appears to have cast a shadow over the high-end real estate market.

"Luxury real estate has been cooling for the past few years as Chinese participation has slowed," Miller said. "Europe and South America were also very important sources of luxury real estate demand but with their respective economies slowing, demand has cooled as well."

Grant Long, senior economist at StreetEasy and author of the report, warns that a possible recession would drive buyers of luxury units to more modest homes and to relocate their money to safer assets.

"While New York City has gone through an impressive economic expansion in the last five years, demand for high-priced condos seems likely to be an early casualty of a potential future recession," Long writes.

But real estate experts also see some grounds for optimism. Miller predicts that the number of new condo units arriving on the market will fall sharply after the end of 2020.

"The slowdown provides opportunities for buyers to acquire assets at a lower price," Miller said. "We anticipate one more year of new developments entering the market and then the rate of absorption will likely accelerate."

Noting that the oversupply has been evident for some time, he said that developers have become wary of committing to new high-end construction in the already saturated market.