Uranium particles have been found at a site in Iran that was not declared to the United Nations, its nuclear watchdog said Monday in a report, without elaborating on the location.

The International Atomic Energy Agency also confirmed Iran's resumption of uranium enrichment at its Fordow underground facility in the central part of the country, another breach of a 2015 international accord aimed at curbing Iran's nuclear program.

The discovered natural uranium particles have been refined but not enriched, according to the report and other sources.

The IAEA's inspection was triggered by Israel's mention last year of a secret nuclear weapons facility outside Tehran, said a diplomatic source familiar with the matter. 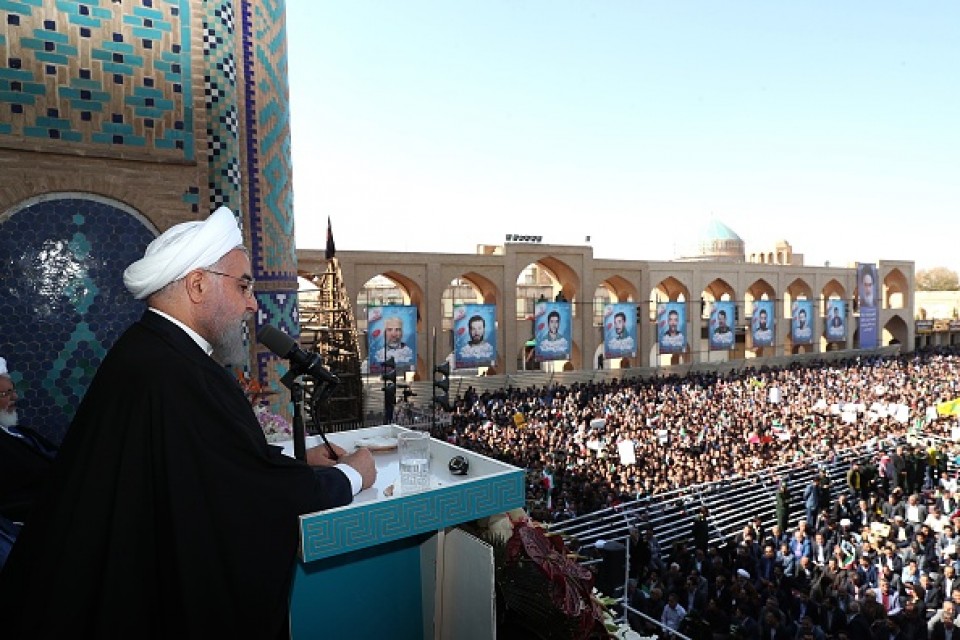 (Iranian President, Hassan Rouhani addresses to people during his visit in Yazd province of Iran on Nov. 10, 2019.)
[Iranian presidency handout/Anadolu Agency via Getty/Kyodo]

The 2015 deal signed by Britain, China, France, Germany, Russia and the United States offered to lift economic sanctions in exchange for Iran limiting sensitive nuclear activities and the return of international inspectors.

Iran has insisted that its nuclear program is meant for peaceful purposes and not for nuclear weapons production.

The Middle Eastern nation has gradually scaled back its commitments after the United States withdrew last year from the international deal and re-imposed sanctions.

Meanwhile, the European signatories have been attempting to find ways to save the deal.

In a statement released Monday, Britain, France, Germany and the European Union said they are "extremely concerned" that Iran had restarted uranium enrichment at Fordow and that Iran's action has "potentially severe proliferation implications."

Iran's monthly output of enriched uranium is estimated to have reached 100 kilograms, soaring from 4 kg when the international deal was struck, and the amount could increase further, according to the diplomatic source.

Calling on Iran to comply, the European powers said in their joint statement that they are ready to "consider all mechanisms." These include a dispute resolution mechanism and the reinstatement of U.N. sanctions that had been lifted under the deal.

The IAEA report also said as of Nov. 3, Iran's stockpile of low-enriched uranium has grown to 372.3 kg, above the cap of 202.8 kg set under the accord.

Additionally, the watchdog said that Iran has enriched uranium up to 4.5 percent beyond the 3.67 percent limit set under the deal, but there was no indication, so far, that Tehran would enrich further.

Preparations to start experiments with centrifuges for uranium enrichment in a location not allowed under the deal were also confirmed Saturday, according to the report.