An exhibition featuring the U.S. atomic bombings of Hiroshima and Nagasaki opened Saturday in Los Angeles, telling the stories of Japanese-Americans who were in those cities when the bombs dropped in August 1945.

Marking the 75th anniversary of the tragedies, the Japanese American National Museum will run the event through June 7, 2020, in partnership with the cities of Hiroshima and Nagasaki.

In an opening event, Junji Sarashina, 90, a second-generation Japanese-American who was in Hiroshima at the time of the bombing, said he hopes all future generations will learn about the horrors of atomic bombs through the exhibition. 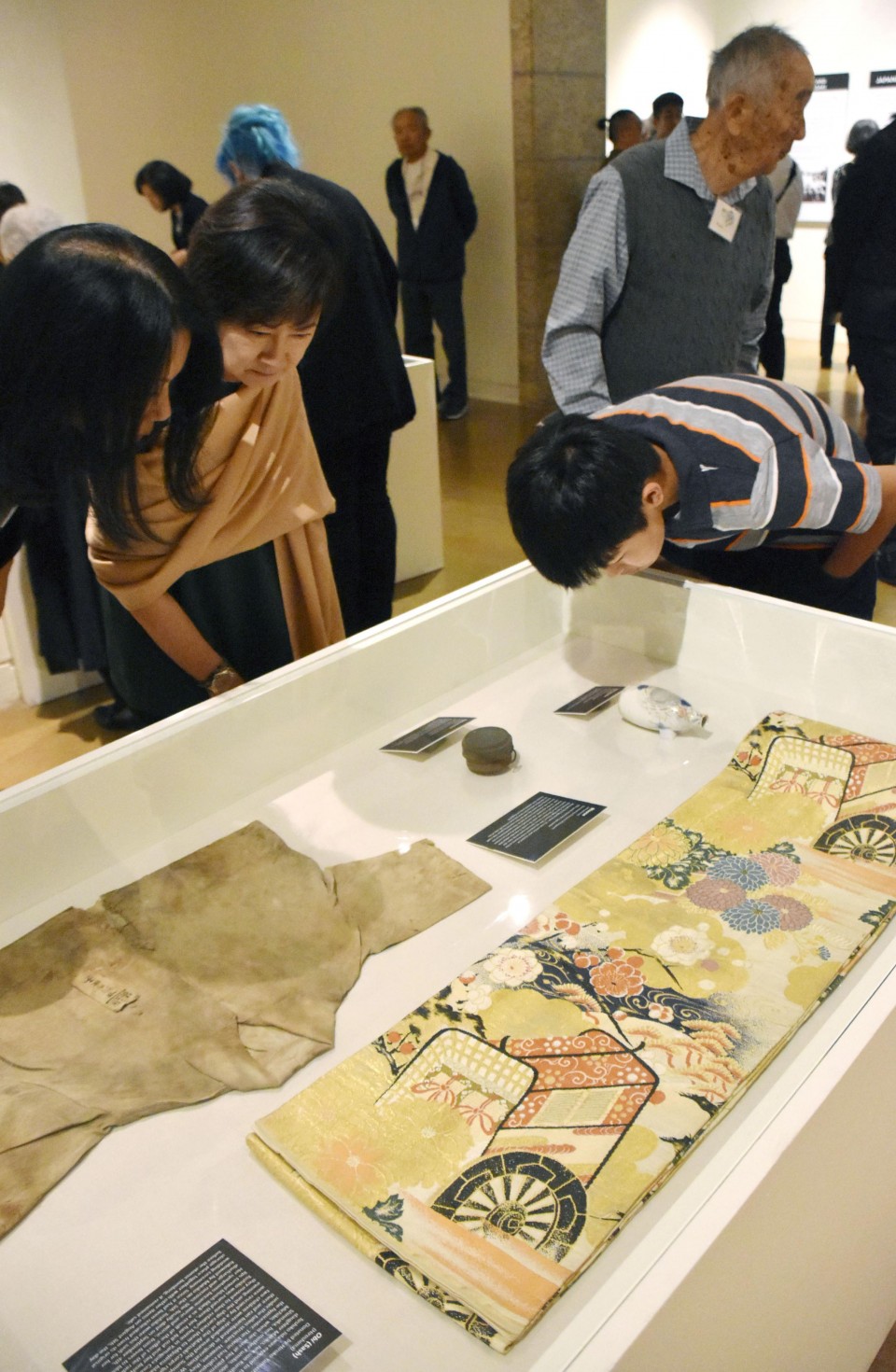 Howard Kakita, 81, a third-generation Japanese-American who was also in Hiroshima when the bomb was dropped, said he can never forget what he saw under the mushroom cloud.

It marks the first time that the Los Angeles museum has run an atomic bomb-themed exhibition since its inception in 1992.

The museum chronicles Japanese-American history, including their incarceration in internment camps in the United States during the Pacific War.

Titled "Under a Mushroom Cloud: Hiroshima, Nagasaki, and the Atomic Bomb," the exhibition includes artifacts belonging to atomic bomb victims and photograph panels on loan from the Hiroshima Peace Memorial Museum. 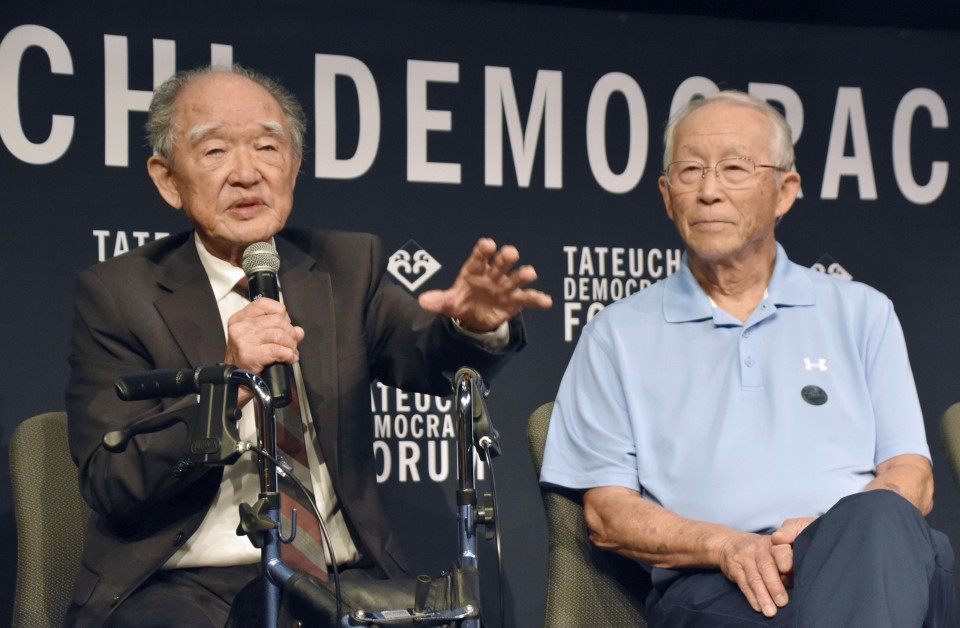 It displays a paper crane folded by former U.S. President Barack Obama and presented to Hiroshima when he visited the city in 2016 as the first sitting president to do so.

The exhibition also shows photos depicting the suffering of Japanese-American victims of the 1945 bombings.

"Our biggest issue is how to convey the extent of the damage to the next generation, as atomic bomb survivors are getting old and passing away," said Takuo Takigawa, director of the Hiroshima museum. 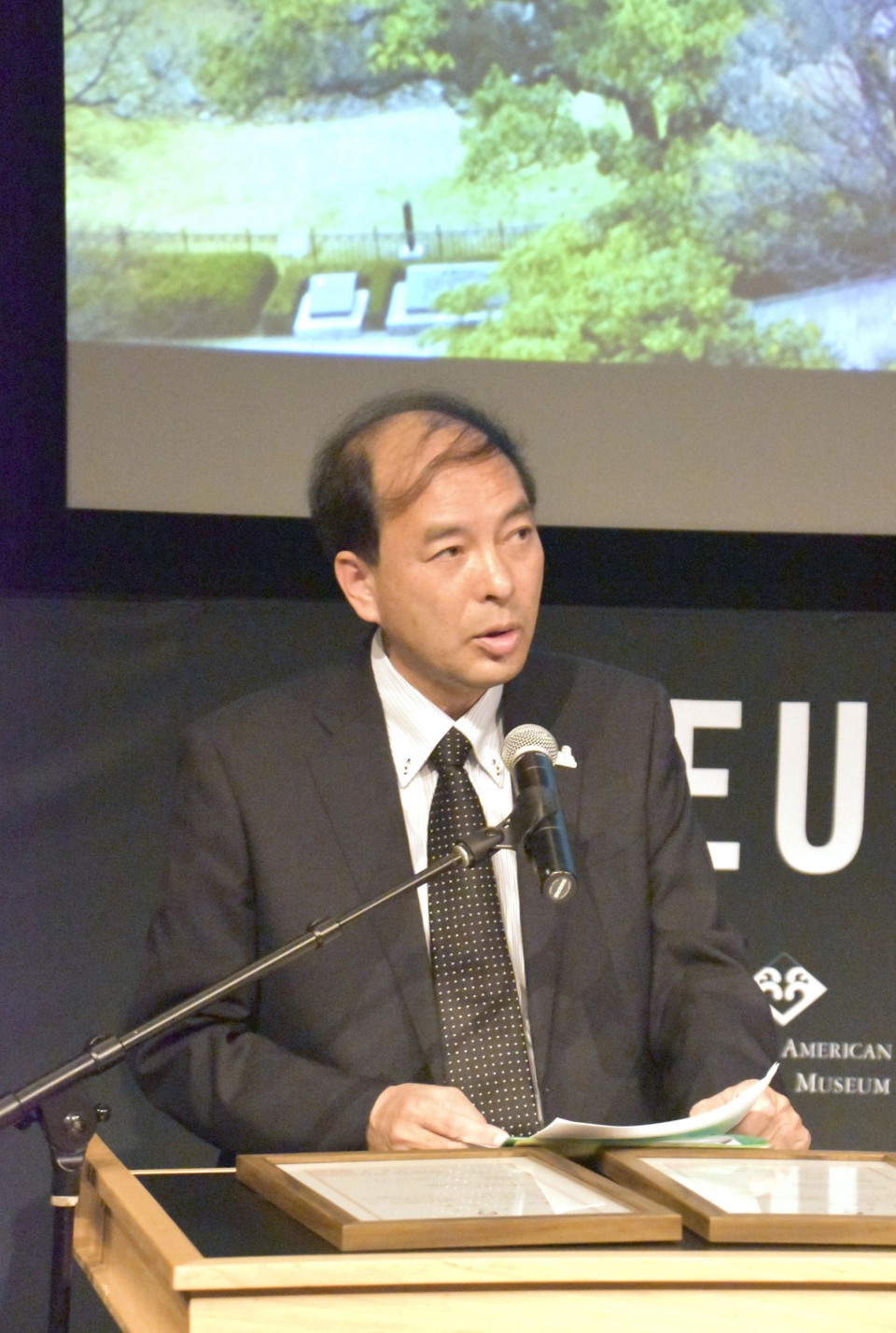 According to the Los Angeles museum, some Japanese-Americans who were in Japan to learn the culture and for other reasons, became victims of the bombings because they were unable to return to the United States during World War II.

There were an estimated 3,200 Japanese-Americans in Hiroshima at the time, the museum said.