Scotland head into their penultimate Pool A game at the Rugby World Cup on Wednesday knowing they need a bonus-point win to ensure they go into their final match against Japan four points behind the hosts.

Head coach Gregor Townsend has made 14 changes for the game with Russia at Shizuoka Stadium Ecopa, as he rests players ahead of Sunday's clash with the pool leaders in Yokohama, a game that could be disrupted by an approaching typhoon.

"Russia have gained in confidence, they look a fit team," Townsend said.

"They have obviously worked on their fitness. They have kept on going the longer the tournament has gone on. They were leading at halftime against Samoa, they were just trailing against Japan and they had 90 percent tackle completion against Ireland. They have a very good scrum and an excellent kicking game." 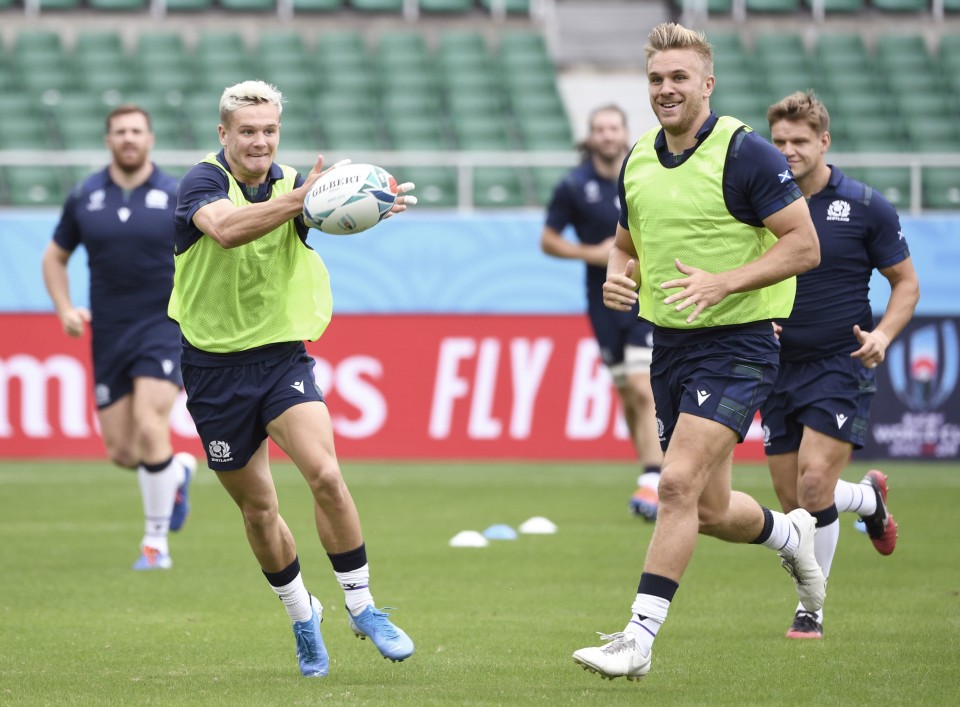 (Scotland's players train ahead of the Russia match)

"They will put everything into this. It's their last game, their last for four years in a World Cup or longer if they do not qualify. We are expecting as good a performance as they gave against Ireland, maybe even a level up."

Winger Darcy Graham is the only player retained from the starting XV that beat Samoa 34-0 last week.

Townsend said the short turnaround before Sunday's game against the Brave Blossoms in Yokohama will be a challenge.

"The difficulty comes after Wednesday and the short time we have before Japan. Three days is the shortest you can get between games so what we can do with the players on Thursday depends on what happens on Wednesday."

"We have a plan in mind for the two days after that game. We have got Japan in the back of our minds, but Russia at the front of our minds." 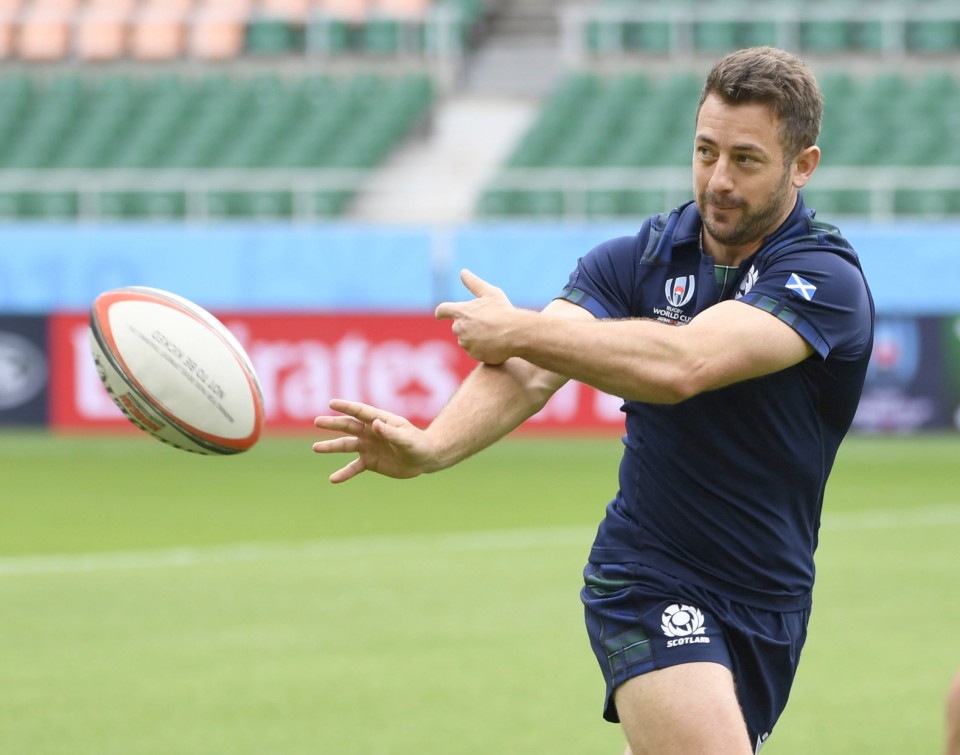 "If we don't get a bonus point then the challenge against Japan is even more difficult. If we don't win against Russia we are out of the tournament. It's important we build on the momentum we built against Samoa."

Russia, ranked 20th in the world, have yet to pick up a point following three defeats, and coach Lyn Jones has made nine changes from the side that started the 35-0 loss to Ireland last week.

Artemyev once again leads the side as the only Russia player to start all eight of his country's matches at Rugby World Cups.

"Overall, they are rather similar to the Ireland team," Artemyev said of the Scots.

"They have strong halfbacks who will control and speed up the game, very mobile and quick forwards."

"We expect the same serious opposition as against the Irish. We will try to do better as we improve with every game at this tournament. I think it's visible, so we'll try to improve more and to create problems for Scotland's defense and put their attacks under pressure."