Timothy Lafaele admitted this week that Japan's Rugby World Cup Pool A game against Samoa "would be a special game for my family but I am trying to treat it as any other game."

That means trying to get as much sleep as he can in the buildup, but it will be tough given on Saturday at City of Toyota Stadium the Japan center will be representing his adopted country against the land of his birth.

Lafaele was born in Apia but was schooled in New Zealand before heading to Japan at the age of 18 to attend Yamanashi Gakuin University.

"It was a good opportunity to experience the culture and play some rugby here," he said. "And it's been a good decision."

Upon graduating, he joined the Coca-Cola Red Sparks in 2014, though he recently headed north from Fukuoka after signing with Kobe Kobelco Steelers. 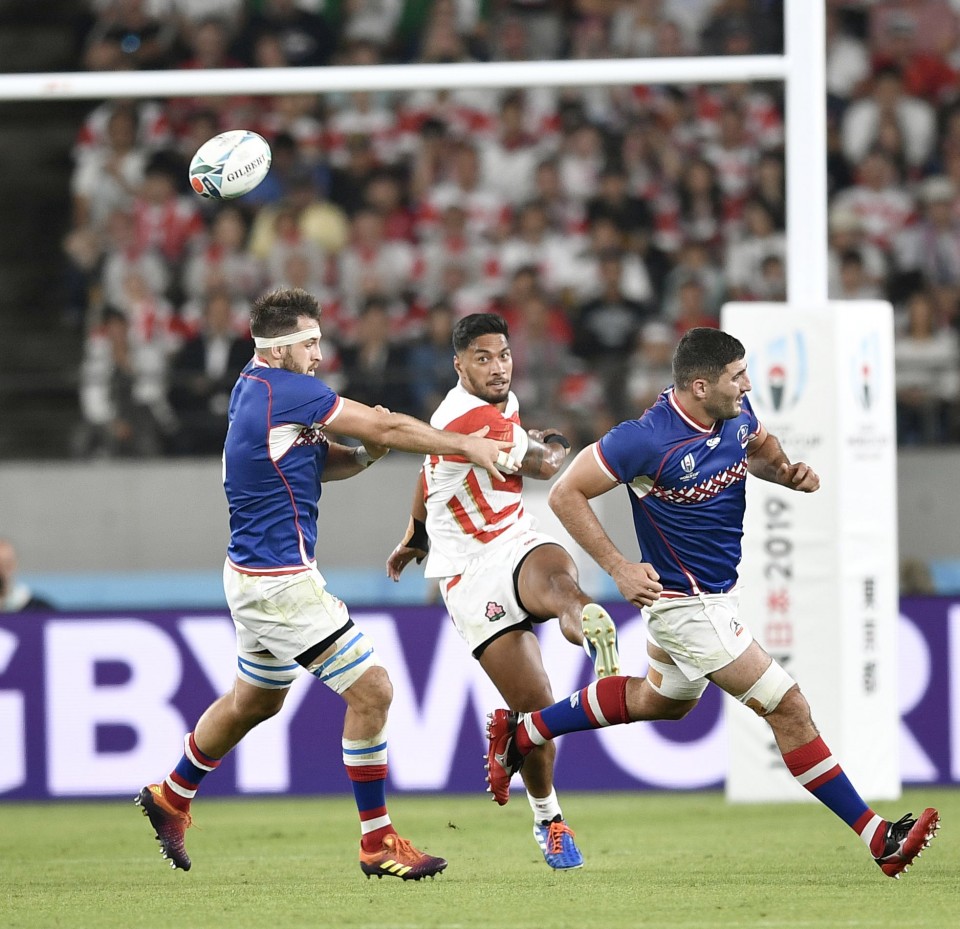 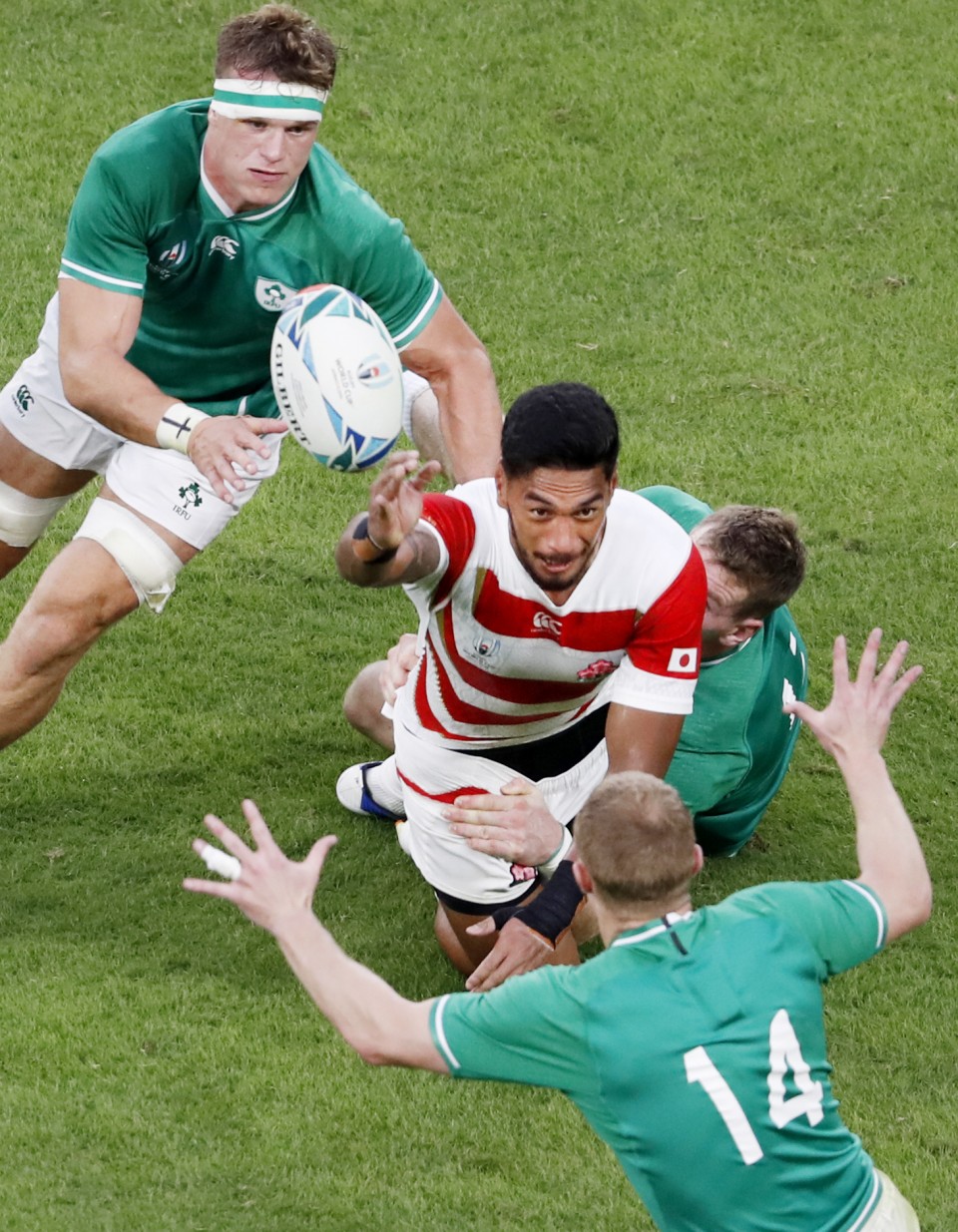 The 28-year-old missed a lot of the last Super Rugby season with a shoulder injury, but his return to fitness has coincided with Japan playing some of their best rugby under coach Jamie Joseph.

"In attack he offers something no other player in the world I believe offers, he's very skillful and what I do with him in attack we can't do with every player," assistant coach Tony Brown said Friday at the stadium.

"He's very effective and has x-factor with his passing game. He's playing outstanding at the moment, his effect on the game is huge."

The behind-the-back passes and offloads that Lafaele has become well known for during the tournament, are, defense coach Scott Hansen said, the result of "all the players being encouraged to use their skills and keep the ball alive."

His fellow center Ryoto Nakamura said Lafaele was "a specialist in utilizing the men outside him," and said Lafaele's physicality in defense had reached new levels during the World Cup.

Lafaele for his part is just keen to be part of the team and is looking forward to taking on Samoa on the back of the 19-12 win over Ireland last week.

"We don't want to change too much and are trying to keep things much the same as last week so we don't have miscommunications in our systems," he said.

"The Samoans are going to be very physical and they got some outside backs that are really good on their feet so we've got to defend well." 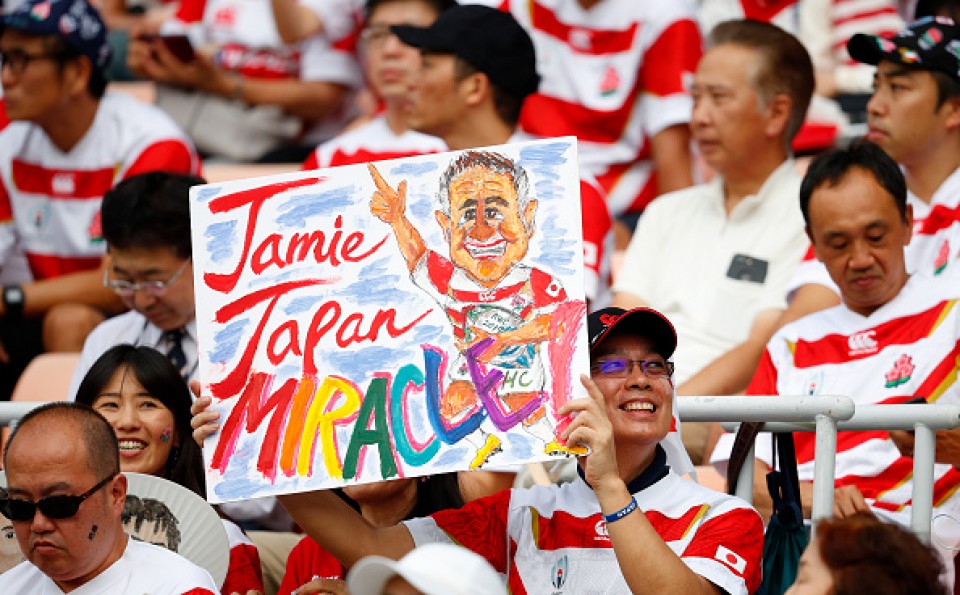 His quick hand following a long pass from Nakamura were instrumental in setting up Kenki Fukuoka for Japan's try in the win over the Irish.

Lafaele, and Japan, will be hoping there is more to come.

"Offloads have been a big part of our game for the last couple of years, just to create momentum on the edges," he said.

"You don't want to go into the game thinking you're going to use it all the time, you've got to pick and choose your time to use it and be smart about it."

Japan's other player of Samoan descent, Hendrik Tui, said he too was looking forward to an emotional day.

"It's a huge, very special game for me being of a Samoan heritage, for my family, my father in the stands as well watching, so an exciting game for me."