Rugby World Cup organizers stressed Thursday that if Japan's game against Scotland cannot go ahead as planned as the result of Typhoon Hagibis it will, according to tournament rules, be regarded as a 0-0 draw, with the two sides getting two points each.

That would see the Brave Blossoms top Pool A, while Scotland would only advance to the knockout stage if Ireland failed to pick up a point against Samoa on Saturday in Fukuoka.

"We can't control what happens with the Japan-Scotland game, so on Saturday it's up to us to get our business done as best we can," said Ireland coach Joe Schmidt.

Organizers said a decision would be made at least six hours before Sunday's slated 7:45 p.m. kickoff and not surprisingly, the Scots are keen the match be played.

"We are in regular dialogue with World Rugby at all levels to work to ensure our fixture against Japan on Sunday can be played as planned," Scottish Rugby said in a statement, adding "Public safety is the clear priority." 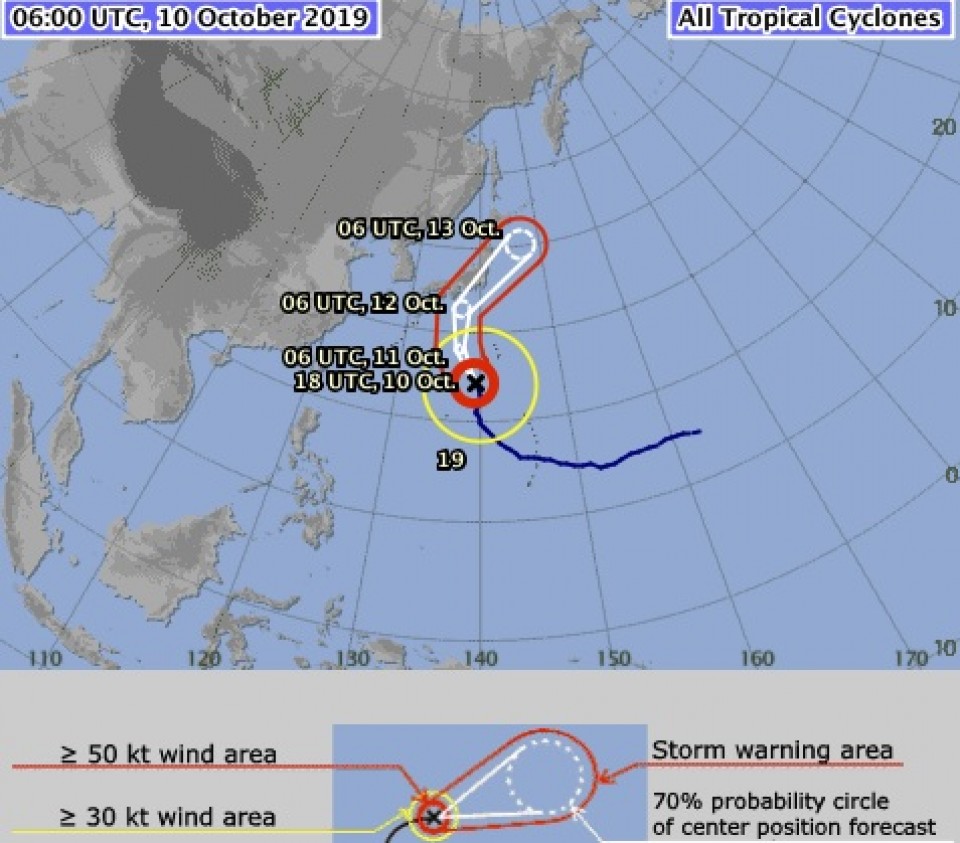 "With potential impact on our last Pool A fixture, Scottish Rugby fully expects contingency plans to be put in place to enable Scotland to contest for a place in the quarterfinals on the pitch, and will be flexible to accommodate this."

Tournament director Alan Gilpin said the rules of the tournament had been made clear to all teams prior to them signing their participation agreement, and that treating one game differently would be impossible, no matter the stakes.

"We looked pretty exhaustively at all the options and it is important to note that where we are is in accordance with what we said we would do before the tournament," he said, when asked if the game could be played at a later date. 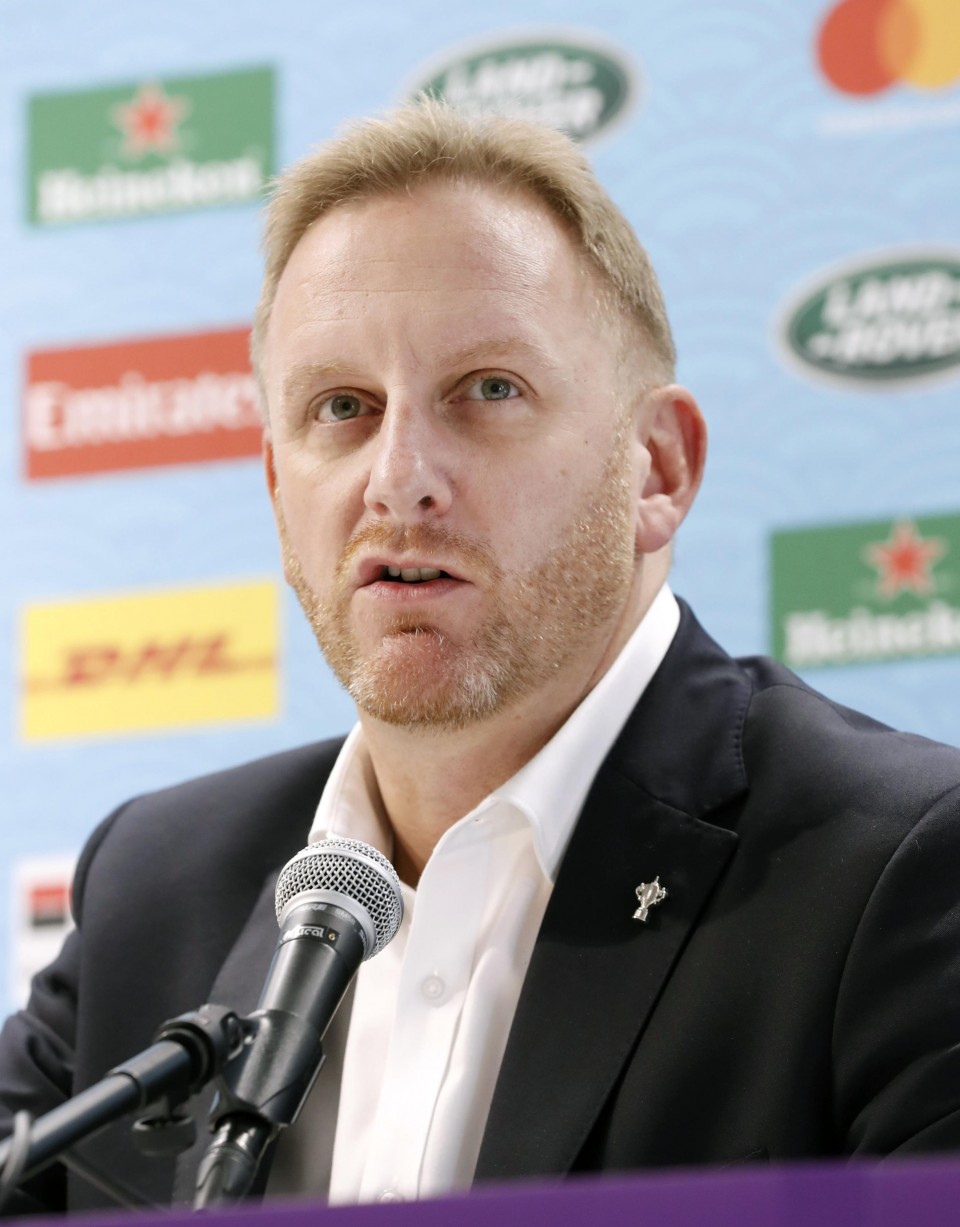 The imminent arrival of Hagibis has coincided with the end of the pool stage, and the decision to cancel Saturday's New Zealand vs Italy and England-France games has determined the makeup of two of the four groups.

In Pool B, New Zealand top the group, South Africa are the runners-up and Italy see their tournament come to an end.

While, England and France had both already assured themselves of a spot in the last eight, their 0-0 draw means England go through as the winners of Pool C.

"We found out officially this morning but there were rumors flying around last night and we were glued to our phones," said England coach Eddie Jones. "We are preparing for the game and we were in game mode and when it was off, we are in preparation mode."

"We can't control it and we are told what to do."

Japan lock Luke Thompson spoke for everyone in the rugby community when he said, "I believe all the players affected are really disappointed. The World Cup is the pinnacle in terms of level and the size of the challenge."

"Everyone wants to play in all the games. Everyone playing for England, France, the All Blacks and Italy must be really disappointed."

In Pool D, Australia and Wales have both already booked their spots in the knockout stage with a game to spare. The Wallabies' game with Georgia on Friday will go ahead, organizers said, while Wales will have to wait until Sunday morning to find out if their game with Uruguay in Kumamoto can be played.

Also waiting for a Sunday decision are the United States and Tonga, who play in Osaka and Namibia and Canada who are set to battle it out in Kamaishi.

However, those fixtures have no bearing on the tournament to the degree that the game between the hosts and Scotland does.

"The decision will be made in the morning," head of the local organizing committee Akira Shimazu said when asked when the teams would find out if their game can go ahead.

"In principle, we make the decision six hours before kickoff but we would like to make this as early as possible on Sunday. We will look at the damage, we will consider carefully. We will make every effort so the spectators will see the match."

Japan hooker Shota Horie said he hoped the game would go ahead but understands the severity of the situation.

"It's a typhoon of quite a size so I want all the Japanese citizens to be careful," he said.

"I think the match (against Scotland on Sunday) will go ahead, (and) of course we'll win and progress to the last eight. I'm worried whether my house will be alright."