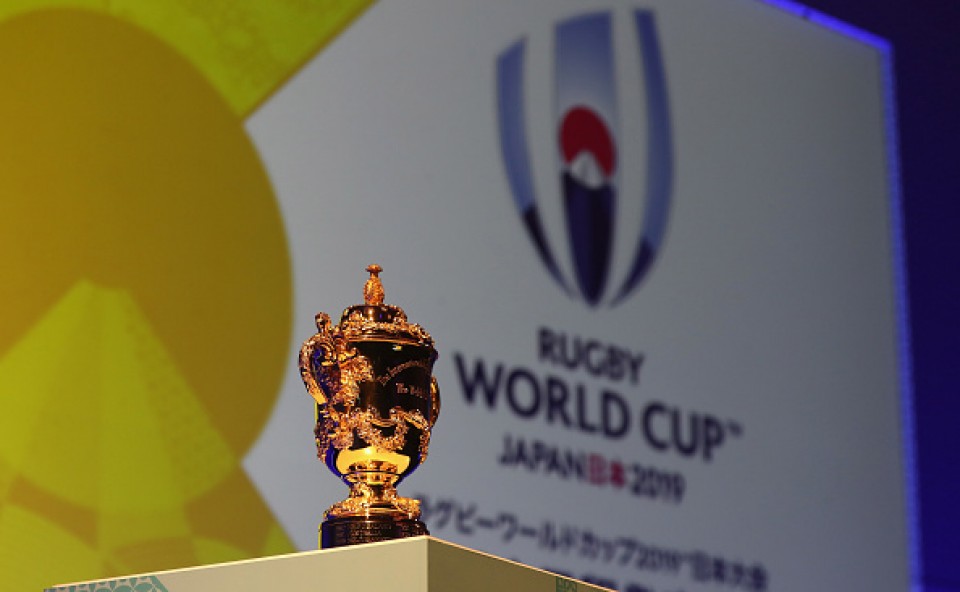 TOKYO - Rugby World Cup organizers took the unprecedented step of calling off two pool games Thursday as a result of the predicted impact of Typhoon Hagibis.

At a press briefing in Tokyo, tournament director Alan Gilpin said the New Zealand-Italy Pool B game set for Saturday in Toyota, Aichi Prefecture, central Japan, and the Pool C match between England and France in Yokohama, near Tokyo, the same day had both been cancelled.

A decision on Sunday's four games, which include the Japan-Scotland clash in Yokohama, will be made that morning.

"Based on the latest detailed information from the tournament's independent weather experts, Hagibis is predicted to be the biggest typhoon of the 2019 season and is highly likely to cause considerable disruption in the Tokyo, Yokohama and City of Toyota areas throughout Saturday, including likely public transport shutdown or disruption," Gilpin said.

"World Rugby and the Japan Rugby 2019 Organizing Committee have taken the difficult, but right decision to cancel matches in the affected areas on safety grounds," he said.

The two cancelled games will be recorded as 0-0 draws, and while England and France were already assured of a place in the last eight, Italy are knocked out of the competition.

The Azzurri would have required a massive win over the All Blacks to advance at the expense of the three-time world champions. 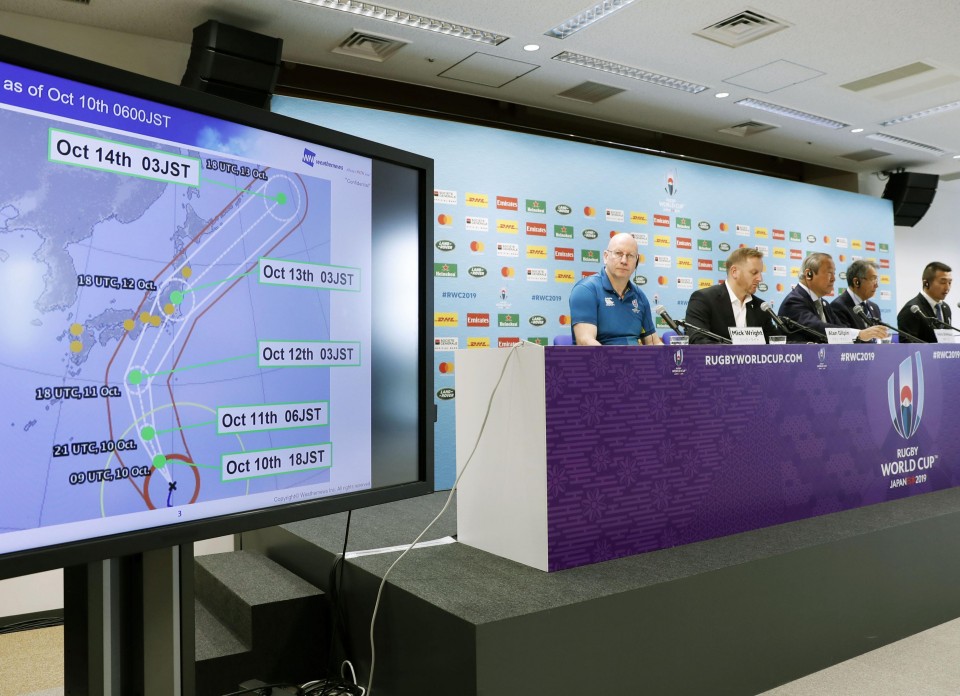 "While making every possible effort to put in place a contingency plan that would enable all of Saturday's matches to be played, it would be grossly irresponsible to leave teams, fans, volunteers and other tournament personnel exposed during what is predicted to be a severe typhoon," Gilpin said.

"We fully appreciate that England, France, New Zealand and Italy fans will be disappointed, but we trust they will appreciate that their safety must come first. They will be entitled to a full refund on their match tickets."

At this stage, the Pool D game between Australia and Georgia in Shizuoka, central Japan, on Friday and Saturday's Pool A game between Samoa and Ireland in Fukuoka, so are both on.

The Japanese weather agency has warned that Typhoon Hagibis is expected to make landfall on Japan's main island over the weekend.

While it is expected to clear the match venues by Sunday, the final day of pool play, organizers will need to do a careful damage assessment to ensure the venues and the transport links are safe for everyone involved in the games.

The typhoon will make landfall in the Kanto region centering on Tokyo "early in the morning on Oct. 12," said Koji Horiuchi, a weather expert who has been advising the tournament organizers.

Horiuchi said in addition to strong winds and rain, there was the likelihood of considerable flooding due to the size of Hagibis, which has a diameter of 1,400 kilometers. The diameter of Typhoon Faxai, which damaged large parts of Chiba in September, was 400 km.

When asked if Sunday's games -- particularly the Japan-Scotland clash that could see one of the teams eliminated from the tournament -- could be put back a day, Gilpin said, "It is important we treat all matches consistently and fairly. We won't treat that match, if it can't be played, any differently to other matches. Italy are in the same position as Scotland are in."