Rugby: Timothy Lafaele's family in Samoa are flying the flag for Japan

In the remote village of Si'umu, about half an hour from the Samoan capital of Apia, Timothy Lafaele's birth parents have turned their front garden into a sea of Samoan and Japanese flags to support their son.

Faalogo Kapeli and Mariana, father and mother of the Japan No. 13, have erected over 30 flags in their garden and along the street that runs through their village.

They have also printed T-shirts, and have a large billboard of their son's likeness that is lit up at night for all to see.

"Because we're here in Samoa (we support the Samoan team) and we support Japan because of my son. He donated his life to raise up the (quality of) rugby in Japan." 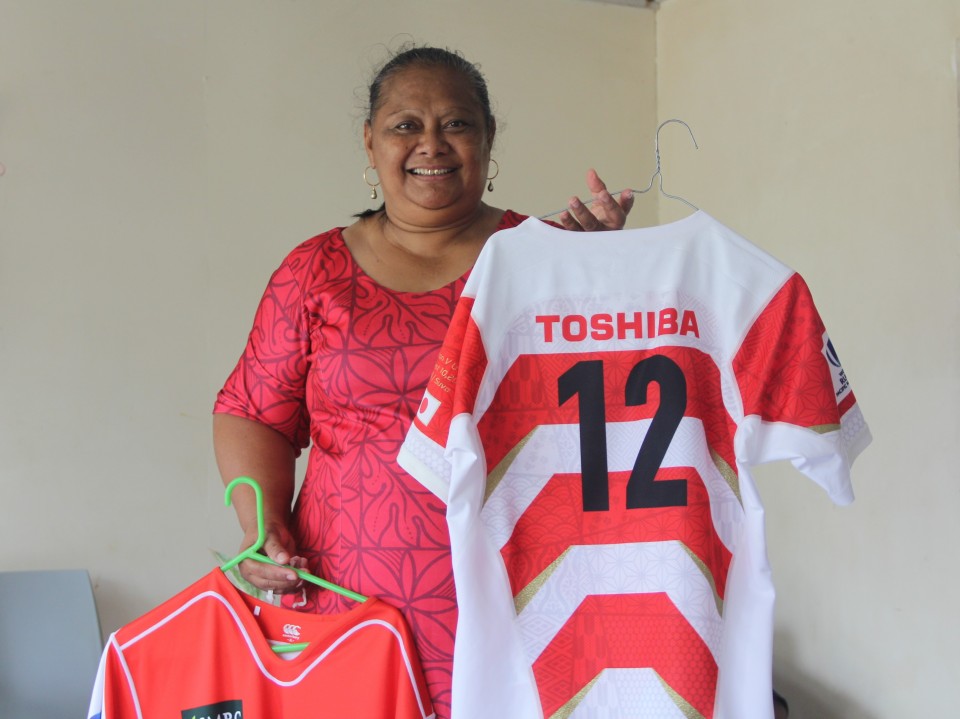 The 28-year-old center with Japan's Brave Blossoms was born in Apia, but moved to New Zealand before starting primary school, where he was raised by his father's extended family. Timothy's aunt and uncle adopted the young rugby star, which is why he also refers to his New Zealand-based family as his "parents."

Despite growing up in different countries and having called Japan home since his university days, Timothy's birth parents say the family is still close.

"Every day we call each other, and I'm very glad to hear his voice," said Faalogo, 49.

"Many times before he plays (in a match), I pray for him, I talk to him (on the phone), I try to encourage him for the game, I give some words (of advice) for his preparation."

Timothy's parents erected the elaborate decorations in time for the opening game of the Rugby World Cup, which they celebrated by holding a barbecue attended by over 100 friends, family members and fellow villagers. 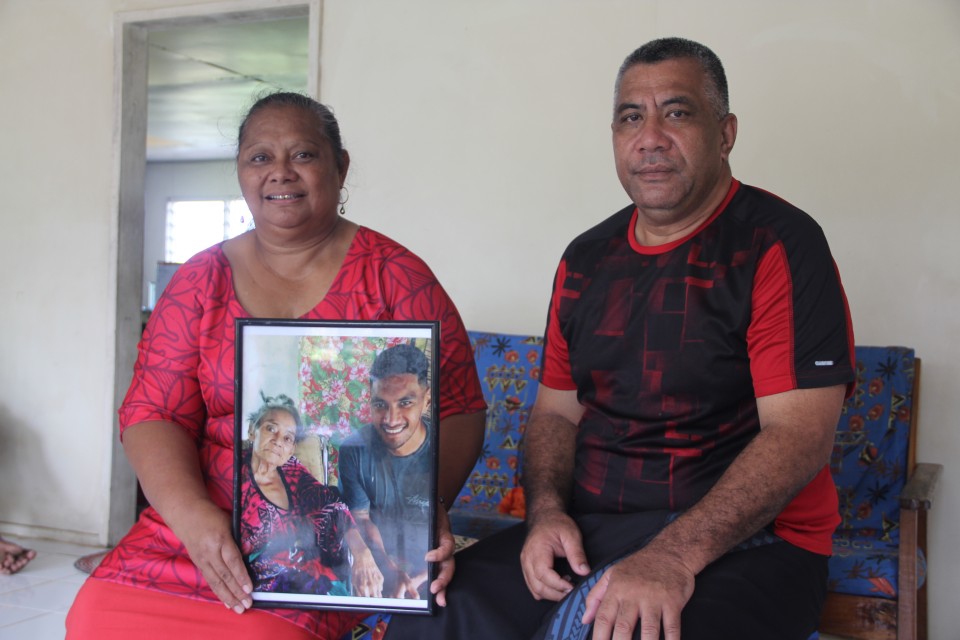 "He is not just my son, he is the son of the whole village." Faalogo said, noting that everyone in Si'umu is also supporting Japan in the World Cup.

The Lafaeles admit the elaborate decorations were a great expense, but they feel it is important to foster support for the Japanese rugby team as a sign of their appreciation for everything Timothy has been able to achieve while in Japan.

"I'm very grateful that the country of Japan helped raise my son, helped his education and (nurture) his talent. That is why people all over the world know him," Faalogo said.

Timothy moved to Japan when he was 18 to attend Yamanashi Gakuin University. After graduation he joined the Top League's Coca-Cola Red Sparks in 2014 and has recently signed with Kobe Kobelco Steelers.

Mariana Lafaele said dozens of their friends and family crammed into their living room on Saturday night and waited to watch the Samoa and Japan pool match, which, due to time differences, was broadcast after midnight in the Pacific island country.

Although Samoa lost 38-19, Mariana said family excitedly telephoned her when Timothy scored the first try of the game.

In his youth, Timothy's father also played center in the Western Samoa Police Rugby Football Club, over 20 years ago. 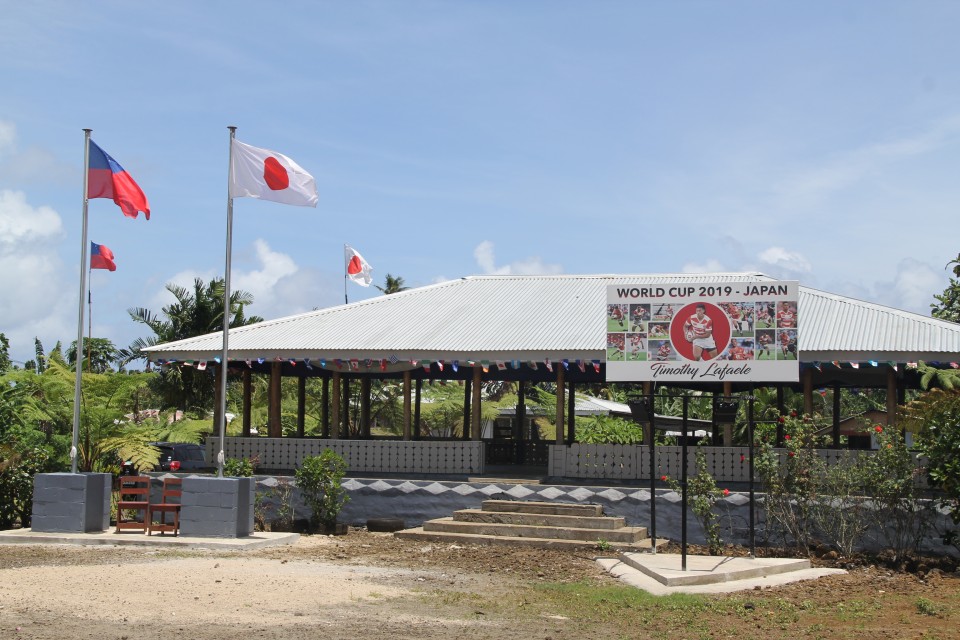 Still working as a police officer today, Faalogo said he is impressed by the Japanese team's discipline, and he believes it will take the Brave Blossoms well into the tournament.

In fact, so confident are Faalogo and Mariana of their son and his team's ability, they think Japan will make it all the way to the finals -- even if they face defending champions New Zealand in the quarterfinals.

However, even if the Brave Blossoms were to make history and progress beyond the quarterfinals, Faalogo said he and his wife will likely stay in Samoa, explaining he feels it is important for family to support Timothy in the country of his birth and keep him connected to his roots.

"Timothy was born in Samoa, so my thinking is it's better we stay here, watch the TV to support Japan and support him."