The death toll from an arson attack in July on a Kyoto Animation Co. studio has risen to 36 after a woman being treated in hospital for severe burns died, police said Saturday.

The woman in her 20s, an employee of the company who was on the first floor of the studio at the time of the attack, died of septic shock Friday night, the police said.

Her name has been withheld by the police, who said they will decide what to do after discussing with the victim's family.

She was receiving treatment in an intensive care unit after being rescued outside the main entrance of the studio and her condition had been fluctuating, according to investigative sources. 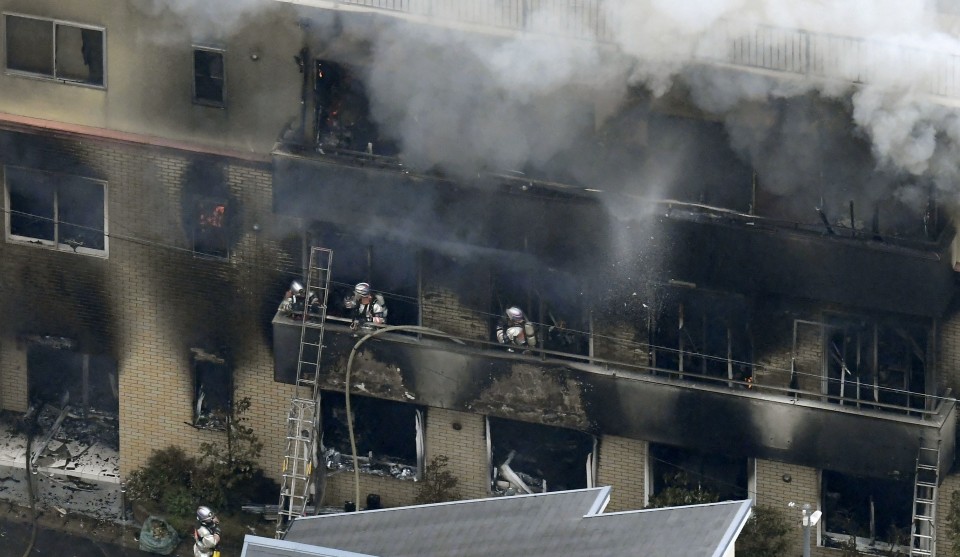 As of mid-September, all the injured, including those initially in critical condition, were said to be recovering.

The attack injured 33 people and five of them remain hospitalized.

The police have obtained an arrest warrant for Shinji Aoba, 41, who is in hospital with severe burns, on suspicion of murder and arson, among other charges.

Investigative sources said last month he has recovered to the extent that he can speak a few words, but the police have no prospect of arresting him yet until doctors determine that he can be safely held in custody.

The company's studio in Kyoto's Fushimi Ward, the center of its animation production, was set ablaze on July 18 after Aoba is believed to have ignited gasoline he splashed inside the three-story building, where 70 people were working at the time.

Most of the victims were in their 20s and 30s, as the company is known to hire young animators as regular employees and conduct in-house training, while many other studios tend to rely on skilled freelancers.