Police completed Tuesday the process of releasing the identities of all 35 victims of July's arson attack on a Kyoto Animation Co. studio, which took more than a month as they tried to negotiate consent with grieving family members.

Police made public the same day information on 25 victims despite resistance from relatives of 20 of those victims. The police explained their decision was based on the "seriousness and the high public interest" in the case.

"We're cognizant it took time for families to realize (the victims') deaths in this appalling case. With the last funeral service done, the identities were made public today," said Ryoji Nishiyama, head of the homicide section of the Kyoto prefectural police headquarters.

Earlier this month, the police released 10 victims' identities after receiving consent from their families.

The local police had been discussing with the National Police Agency the timing and content of the releases. Kyoto Animation had initially wanted identities of the victims withheld. 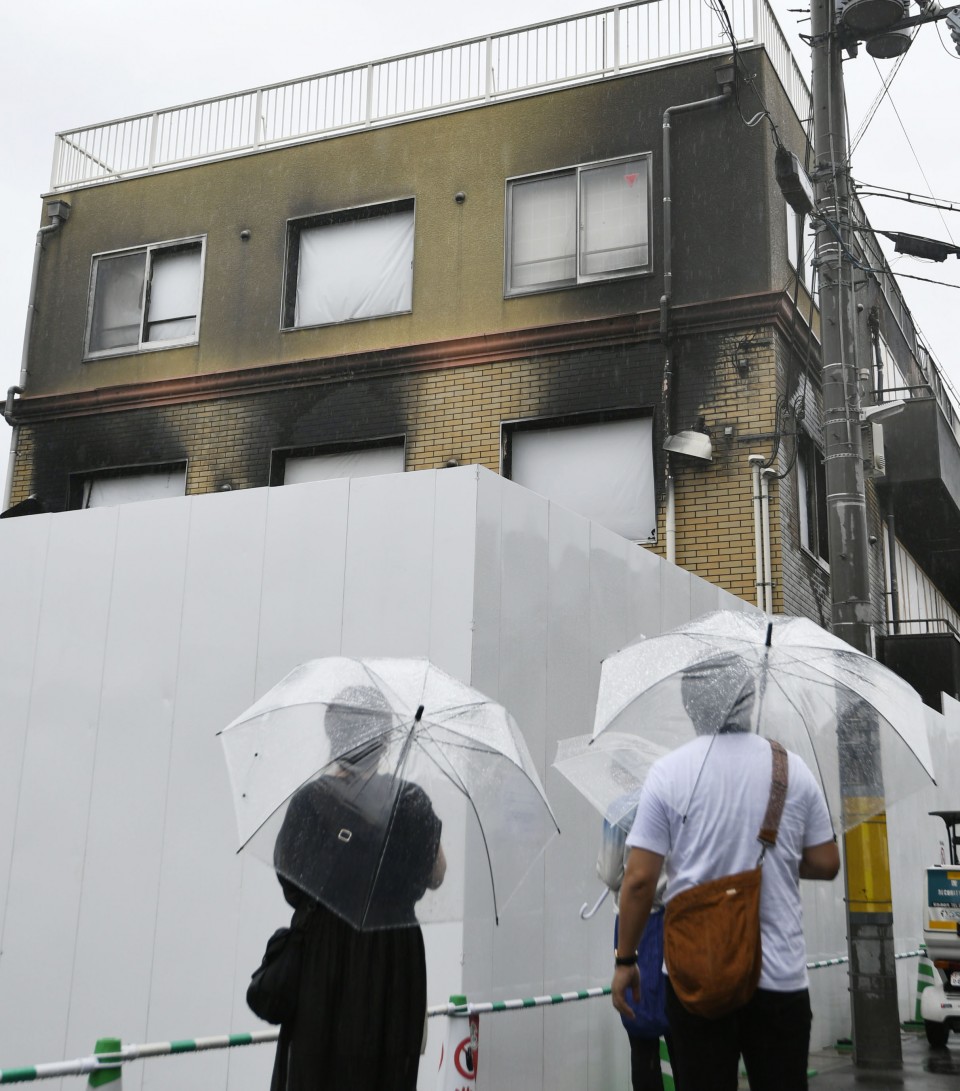 Police generally divulge the identities of crime victims, but it is unusual for them to consider its timing as in this case.

Experts are divided on how much leeway the police should have on disclosing victims' identities to the public.

"Many famous anime creators have died, and victims' identities should be disclosed as a principle in the name of public interest," said Yoshihiro Oto, professor at Sophia University's department of journalism.

"The police must have understood that and carefully considered the timing of the disclosure as they kept in touch with the relatives," he said.

"It is necessary for families to have the space to mourn and get some time for themselves before names are reported. We are at a point where media needs to report in a way that follows public sentiment even as we maintain the principle to disclose victims' identities," he said.

Kenta Yamada, a professor on freedom of speech at Senshu University, says that the public is becoming critical of disclosing identities as undermining human rights.

Nevertheless, he says, public institutions must enforce the principle of quickly releasing information they have obtained even as they consider victims' privacy.

"It is necessary as a society to preserve the rule of announcing victims' names. Allowing the police to determine the timing and prevent public announcements is undesirable as it means hiding information that should be shared by the public," he warned.

The identities of all 35 victims have been confirmed using DNA analysis, according to the police.

Victims whose identities were released Tuesday include 44-year-old Shoko Terawaki, who was an animation director for projects including "Sound! Euphonium" and "The Melancholy of Haruhi Suzumiya."

The victims' list includes 49-year-old Naomi Ishida, who oversaw color design on "Free!" and "The Melancholy of Haruhi Suzumiya."

Motoshi Ishida, 66, who lost his 31-year-old son Atsushi in the attack, said in a news conference in Kyoto he can understand why many of the victims' families did not want the names of their loved ones disclosed.

"But I couldn't help questioning whether each victim should be remembered simply as 'one of 35' even though they all have names," he said.

The studio in Kyoto's Fushimi Ward, the center of the company's anime production, was set ablaze on July 18 after 41-year-old Shinji Aoba allegedly splashed and ignited gasoline inside the three-story building.

The police have obtained an arrest warrant for Aoba on suspicion of murder and arson. He remains hospitalized and is receiving treatment for severe burns but now can engage in simple communications by nodding and shaking his head.

They are waiting until doctors say he has sufficiently recovered before making a formal arrest.