Movable housing to be tested in Antarctic for future lunar mission

A movable housing unit that can endure extreme weather conditions was shown to the press Tuesday before it heads for testing next year in the Antarctic, all with an eye to using the information obtained for a future lunar mission.

The cuboid container-type facility, revealed at the National Institute of Polar Research in Tachikawa, western Tokyo, is 3 meters high and 6 meters wide and can withstand low temperatures and strong winds. If connected, two containers can accommodate more than 10 people.

The residential facility was developed by the polar research institute, the Japan Aerospace Exploration Agency, Misawa Homes Co. and its research unit. It is designed so that even those without expertise in architecture can construct it, and can be moved about on sleds. 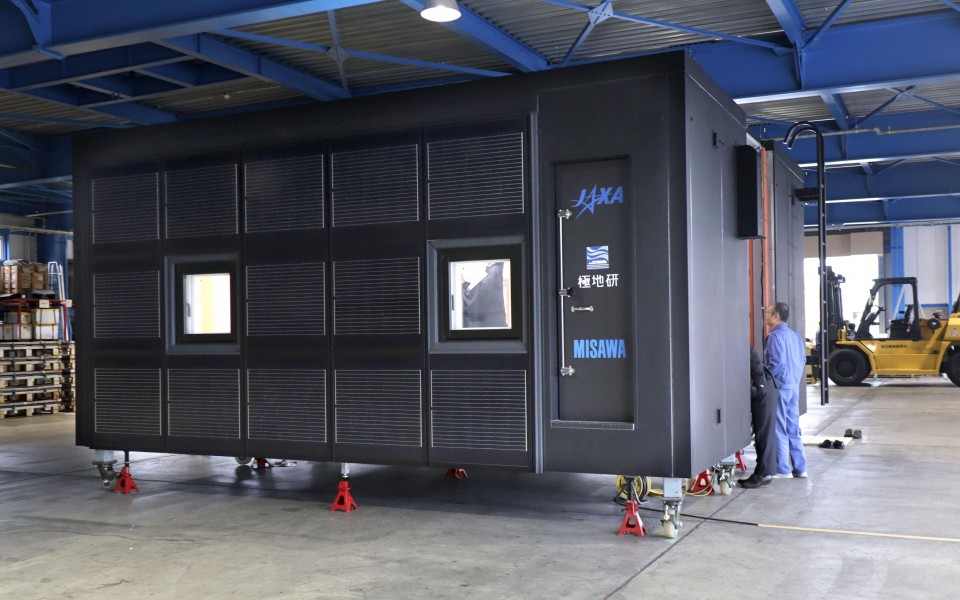 The developers aim to use the knowledge gained from the project to someday build a manned moon base.

The walls are covered with a heat-insulating material, and the facility is equipped with solar panels and a solar heating system. It also has a sensor to detect room temperature, humidity and fire.

The housing unit will travel aboard the icebreaker Shirase to be delivered to the Syowa Station, a Japanese research base in the Antarctic. The test will be conducted under harsh conditions from February to September next year, when temperatures can drop to as low as minus 45 C, and winds can hit speeds of up to 219.6 kilometers per hour.

The examination will verify the ease of installation, the effective use of renewable energy sources and the ability for sensors to keep an accurate check of the living environment, according to the developers.