A U.S. body representing local Seven-Eleven convenience store owners said Thursday it will seek to join hands with their Japanese peers in tackling the issue of 24-hour operations, as they are feared to face the same problem as franchisees in Japan amid a labor crunch.

"We want to help (the Japanese franchisees) to get started in lobbying and campaigning and in forming associations," Jaspreet Dhillon, senior official of the National Coalition of Associations of 7-Eleven Franchisees, said at a press conference in Tokyo. 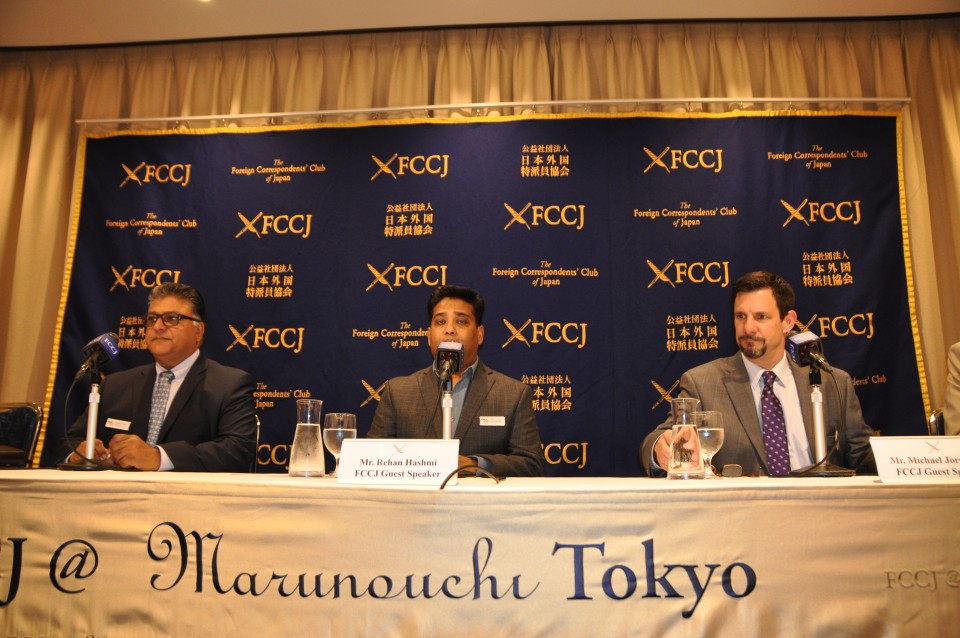 "We want to join hands with all our international franchisees and work together and learn from each other," Dhillon said at the Foreign Correspondents' Club of Japan during his visit here with other association members for a study of the situation surrounding Seven-Eleven stores in Japan.

Japanese store owners find it difficult to continue 24/7 operations in the face of a severe labor shortage, even though Seven-Eleven Japan Co., the parent of U.S.-based 7-Eleven Inc., requires them to be open round-the-clock.

The convenience store operator came under attack recently for sticking to the strategy despite the changing labor market situation.

The U.S. body comprised of some 4,000 Seven-Eleven owners said they face similar challenges in opening 24/7 due to rising labor costs and shortage of workers, and of rectifying the "unfair" contracts that reflect the disparity in economic and legal powers between franchisors and franchisees, although they have not yet faced pressure from 7-Eleven Inc. to maintain 24-hour shop operations.

Michael Jorgensen, executive vice chairman of the coalition, said at the press conference that he wants to "closely monitor" the situation in Japan to see if Seven-Eleven Japan will continue to make the same request regardless of the U.S. labor situation.

"We have a vested interest in how these issues are addressed in Japan," Jorgensen said.

As one of the steps to help Japanese peers, the coalition has sent a letter to the Japan Fair Trade Commission to provide their views on the issue that may help the watchdog's investigation into business practices between Seven-Eleven Japan and store owners.

The commission has launched the probe to see whether the franchisees are forced into disadvantageous contracts due to their inferior market position.

"24/7 business model is as problematic in the United States as it is in Japan...Moreover, in June 2018, 7-Eleven Inc. issued a new franchise agreement which for the first time in the history of the system, as far as we know, does not give the franchisee the right to close the store even on Chrisman," the coalition's letter addressed to Kazuyuki Sugimoto, chairman of Japan Fair Trade Commission, said.

During the visit to Japan, Jorgensen, Dhillon and Rehan Hashmi, vice chair of the coalition, held discussions with several Seven-Eleven owners including Mitoshi Matsumoto, who was criticized by Seven-Eleven Japan for his decision to cut his business hours at his own store in February due to shortage of labor.

Matsumoto's "revolt" has helped shine a light on the difficulty of maintaining 24/7 operations at convenience stores in Japan.

"The 24/7 issue (has) boiled up to such a point so bad that...people are willing to come out and speak loudly about it," said Jorgensen. "I think a lot of people suffer in silence about a lot of issues and are afraid to speak out and that allows other people to suffer more, other issues to be marginalized."

"We believe that franchisees should be able to run a store as true, independent business owners, not as glorified store managers, in such a way that guarantees financial stability and profitability," Jorgensen said.

On request by the Japanese government, Seven-Eleven Japan, FamilyMart Co., Lawson Inc. and other convenience store operators have drawn up plans, including trials of shorter opening hours and introduction of self-checkout machines, in an effort to address the rising concerns of the franchisees.