Owners of Japan's ubiquitous convenience stores are facing a business model-threatening crisis as they grapple with the nation's demographic and labor challenges.

"I love working under the Seven-Eleven logo, and there is no doubt Japanese society needs convenience stores. But, honestly, headquarters has not kept pace with changes in society," said Atsushi Nara, who for 37 years has owned Seven-Eleven stores in Ibaraki Prefecture, east of Tokyo.

As the 58-year-old Nara says, convenience stores, all 58,000 of them nationwide, have increasingly become a part of the Japanese social fabric since the first Seven-Eleven Japan Co. store opened in 1974, the services and readily accessible products they provide now integral to people's lives.

But Japan's severe worker shortages and rising labor costs have laid bare the shortcomings of Seven-Eleven's upper management, demonstrating how the sole pursuit of revenue in businesses that operate around the clock is a fatal flaw, analysts point out.

It is not just Seven-Eleven, however, as Lawson and Family Mart, the second and third biggest convenience store chains in the country, respectively, are also struggling to overcome the same problems.

"(Seven-Eleven management) has found no effective measures to address the shortage of labor that has become a burden on franchise owners, but continue to be bound by the idea that opening new outlets will lead to higher sales," Nara lamented.

"And why would they change, when they are logging strong earnings on the back of royalties collected from the stores?"

Pressure has been mounting on the industry's long-established all day, every day business model, and an intense, high-profile dispute between Seven-Eleven and one of its franchisees in Higashiosaka, western Japan, just added fuel to the fire. 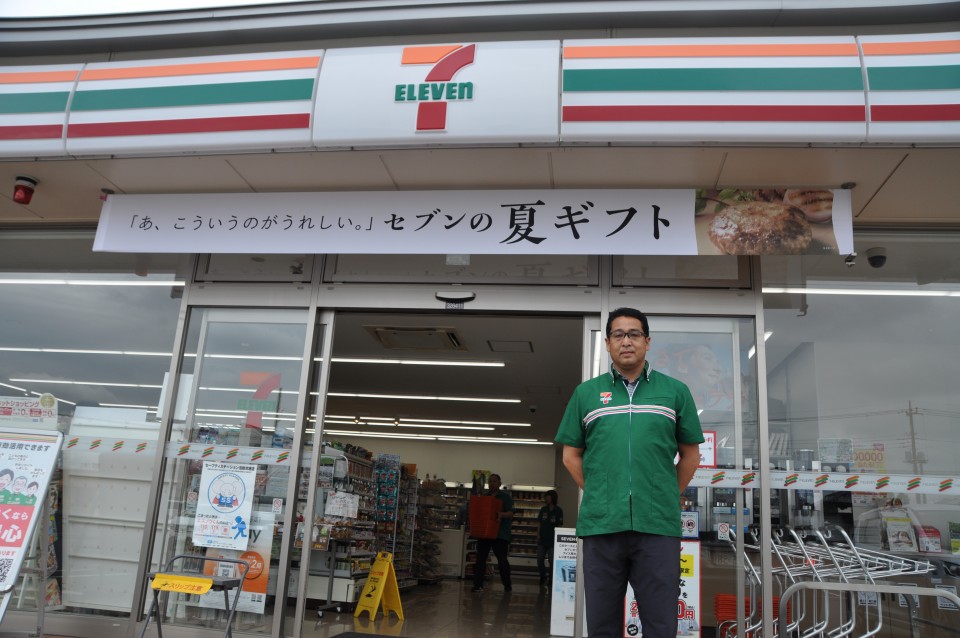 In February, the franchise owner began closing his store overnight due to a lack of staff. In response, Seven-Eleven reprimanded him for violating his contract.

The fact the dispute made nationwide news shows just how ingrained convenience stores are into the nation's psyche.

In the wake of the dispute, the industry ministry took the rare step in April of urging convenience store operators to formulate plans to address staffing issues after a survey found an increasing number of franchises were struggling to recruit new staff and pay the wages of their increasingly expensive existing workers.

Japan's antitrust watchdog, the Fair Trade Commission, is also set to launch an investigation into whether convenience store operators are abusing a position of power to take advantage of vulnerable franchise owners, sources close to the matter have said.

In response to government requests, the large convenience store chains ostensibly formulated action plans, with features like the adoption of a lenient policy in reviewing business hours and introducing self-checkout machines and other technology.

But they have not answered calls for a review process of contracts they have with franchisees, including addressing royalty payments.

In early June, a group of convenience store owners visited the Ministry of Economy, Trade and Industry to ask the minister to push the franchisors to provide financial support and better terms for workers through a petition signed by nearly 1,600 store owners nationwide.

"The action plan submitted by Seven-Eleven showed that their ideas of business improvements are way off," said Eiji Yoshimura, an owner of a Seven-Eleven outlet in Tokyo. "There is nothing new, just a bunch of steps it has already implemented before."

For example, while Seven-Eleven said they would deploy personnel to outlets experiencing staff shortfalls, when an owner actually makes a request, he or she discovers that the hourly wage of the temporary staff is more than double the pay of current staff.

Yoshimura also cast doubt on Seven-Eleven's claim that self-checkout machines will lead to reduced working hours as they would still require staff to oversee stores equipped with the technology.

He also criticized Seven-Eleven for a lack of communication with the owners, even though it pledged to do so in the action plan.

"My employees are worried about the situation surrounding the convenience store industry as there seems to be no end, no answer to this," said Nara, welcoming the moves by the government in exerting external pressure to drive change.

As the convenience store industry continues to seek ways to fix its problems, more franchise owners have been turning to foreign, part-time workers to cover shifts.

Nara said the shortage of labor is a painful problem. Even six years ago, when he opened a new Seven-Eleven store, only three people came applying for a job. "I sweated it out because before, I could choose 15 to hire from 20 or 30 people who came to apply for work," he said.

"(But now) there is no way we can go on without the help of foreign workers," he said.

Sanefuji Renebel, a 30-year-old mother of two from the Philippines, is currently in her second month working for one of Nara's Seven-Eleven stores.

Still unsure about Japanese kanji, hiragana and katakana characters, she says she needs to study and review how to operate the cash registers even when she is not on shift. She works from around 9 p.m. or 11 p.m. until 5 a.m. four days a week. 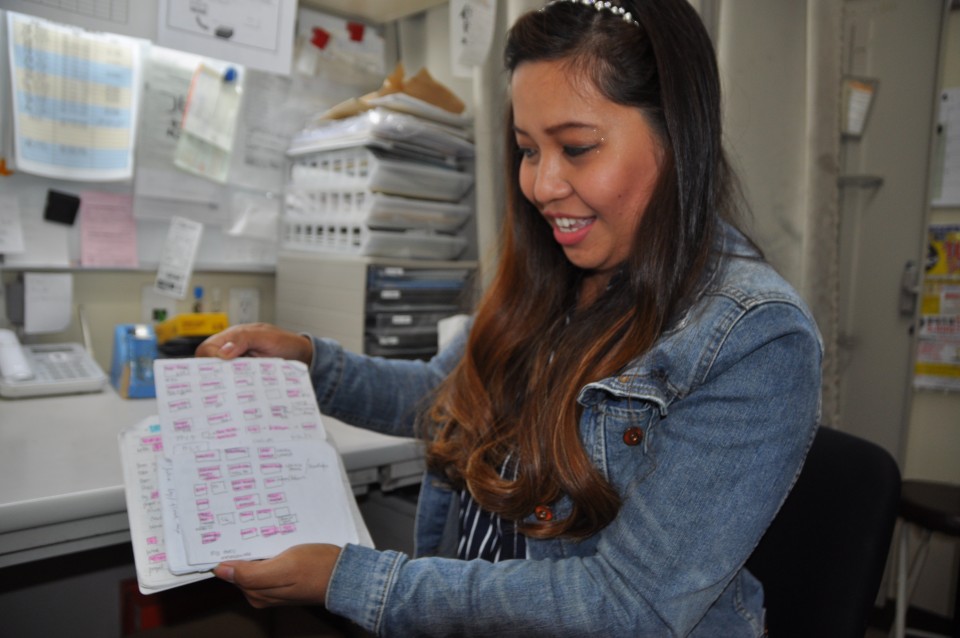 "I was surprised that I had been hired," she said. "I know that we are short of labor so I want to try not to cause trouble and learn my job as fast as I can," Renebel said.

She said stores being open all day and all night is good because it allows her to work when her children are sleeping. "At first I was afraid of working late at night but the customers have familiar faces and it was okay."

Her Taiwanese co-worker, Kai Jhen, 54, also said she enjoys working at Seven-Eleven despite the complexities, including operating the cash registers, handling utility bills and other public services, processing deliveries, cleaning toilets, restocking items, inspecting goods and taking out the trash.

"It cannot be helped that we are short of staff. We just need to cooperate," Kai said.

Denise Muriel Suriaga Reyes, a 27-year-old Filipino worker at a Seven-Eleven store, said she assists foreign customers by explaining food items to them.

"Sometimes we have customers from Pakistan and Nepal. I tell them what kind of meat is used in the products because they cannot read Japanese," she said.

Despite the difficulties, Seven-Eleven headquarters appears willing to allow store owners to run convenience stores as they see fit, as long as it does not impact the bottom line.

Ryuichi Isaka, president of Seven-Eleven's parent company Seven & i Holdings Co., told a shareholders meeting in May, "We will aim for leniency in operating convenience stores but without risking falls in sales."