Power cuts in Chiba Pref. caused by typhoon could last another 2 weeks

A prolonged power outage in parts of Chiba Prefecture near Tokyo caused by Typhoon Faxai could last another two weeks or so, a utility company said Friday, as slow progress in fixing power grids has left many local residents debilitated and frustrated.

TEPCO Power Grid Inc. said another three days to two weeks will be required for restoration depending on area, after the typhoon ripped through the Tokyo metropolitan region on Monday. 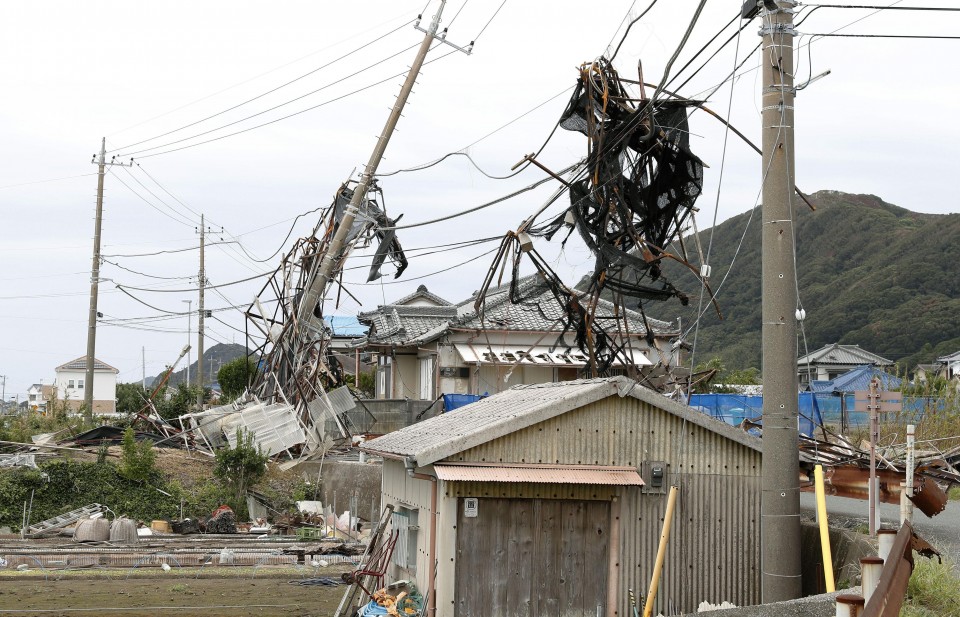 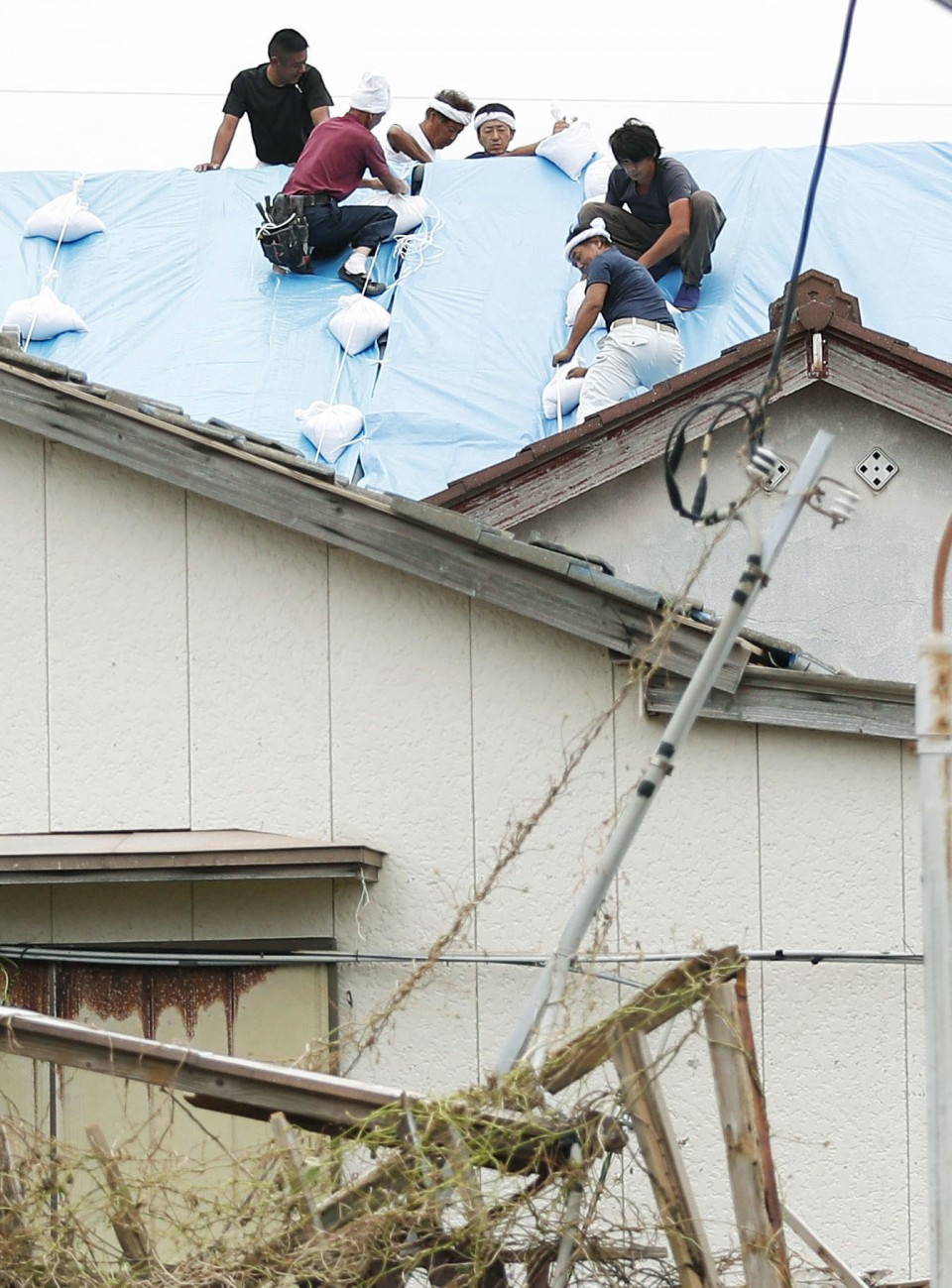 An 82-year-old woman at a nursery home in Kimitsu died of possibly heatstroke on Thursday, according to the prefectural government. The death toll from suspected heatstroke linked to the blackouts has risen to three.

The unit of the utility company said many installations were damaged by the powerful typhoon and more time is needed to remove fallen trees.

The number of homes without water stood at around 29,000, according to the prefectural government, with some areas unable to pump up underground supplies due to the lack of electricity.

And in some areas where power and water had been restored, the latter supply was lost again as people turned on the taps simultaneously, causing an imbalance of supply and demand, and prompting the prefecture to call for water saving.

In the town of Tako, where around 4,000 households are without running water, the Self-Defense Forces supplied water to residents.

In the town of Kyonan, the typhoon smashed roof tiles and windows, and stripped the entire roofs of some homes. As most parts of the town remained without electricity, residents depended on candles for light in the evening. 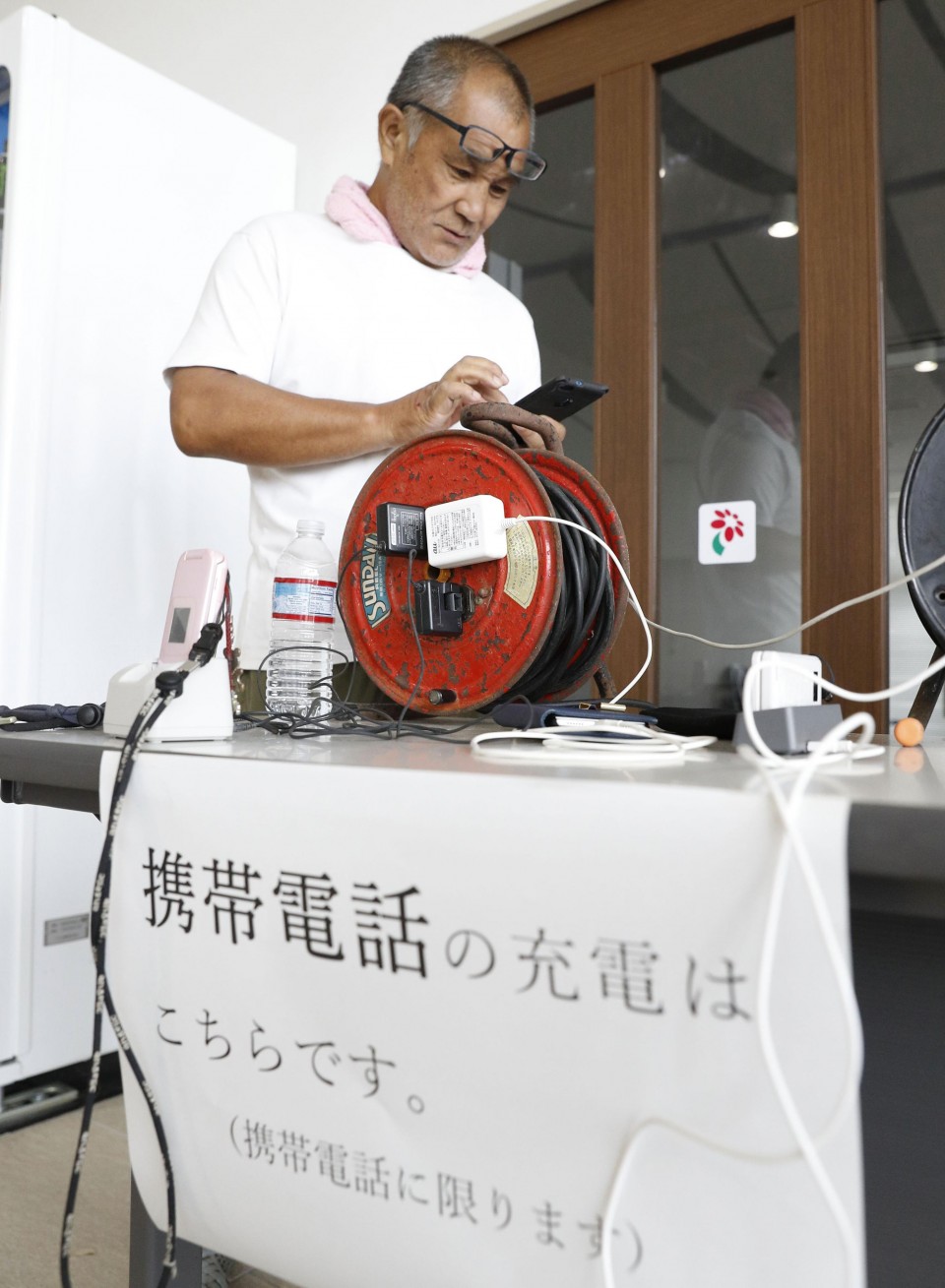 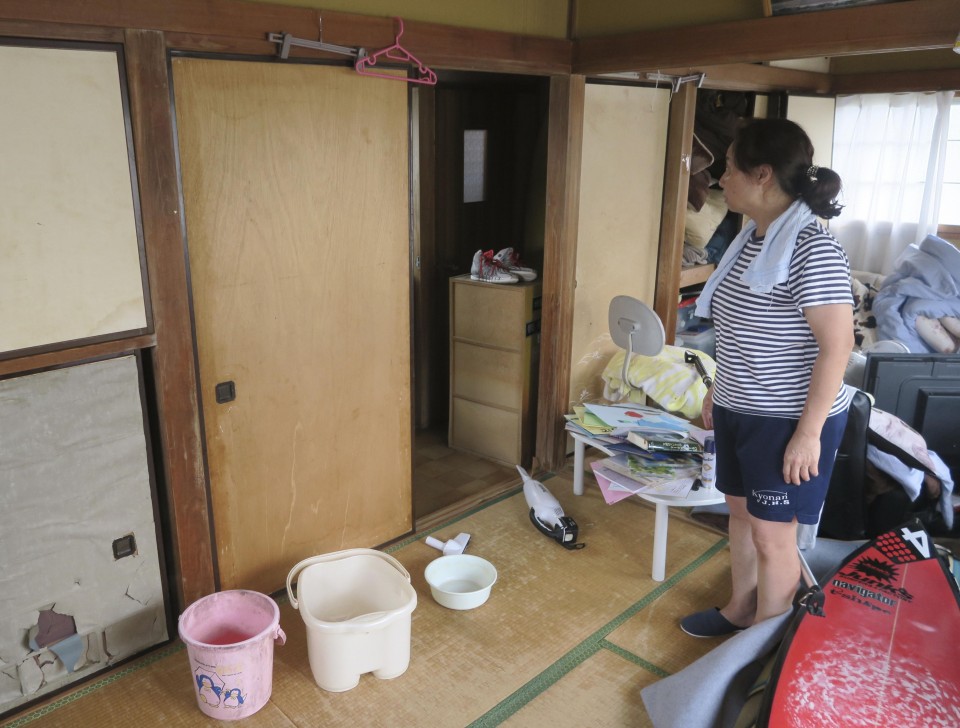 "The power outage is continuing and my home is a mess. I've never experienced something like this, and it is taxing," said Kazuko Yamanoi, 55. On Thursday, she had a cup noodle and rice ball for dinner and had to put outside a candle she was using for lighting.

The inside of her home had become too hot as temperatures soared earlier in the week, and as she was unable to use an air conditioner due to the lack of electricity.

"I want to take a warm bath and get a deep sleep soon," she said.

TEPCO, which services the area, initially sought to restore power to everyone by Wednesday.

Chiba Mayor Toshihito Kumagai criticized the utility on Thursday, saying, "Announcing an optimistic outlook does not help those affected."

"We want (TEPCO) to assume the worst case as much as possible and share the information so all of those involved can prepare," he said.

At a press conference on Thursday, Kazuyuki Shiokawa of TEPCO Power Grid said the company regrets taking an optimistic view, explaining it had failed to grasp the extent of the damage to the power grid in mountainous areas, as felled trees hindered its effort.

Masakazu Kato, a professor at Tokyo Denki University specializing in electrical systems engineering, said resumption in just a few days was impossible, given the recovery from a similarly powerful typhoon in western Japan last year took a long time.

"As the (Tokyo) metropolitan area rarely experiences damage from typhoons, the lack of experience likely made the company too optimistic," he said.

Blackout-hit zoo in Chiba Pref. to reopen with support from public