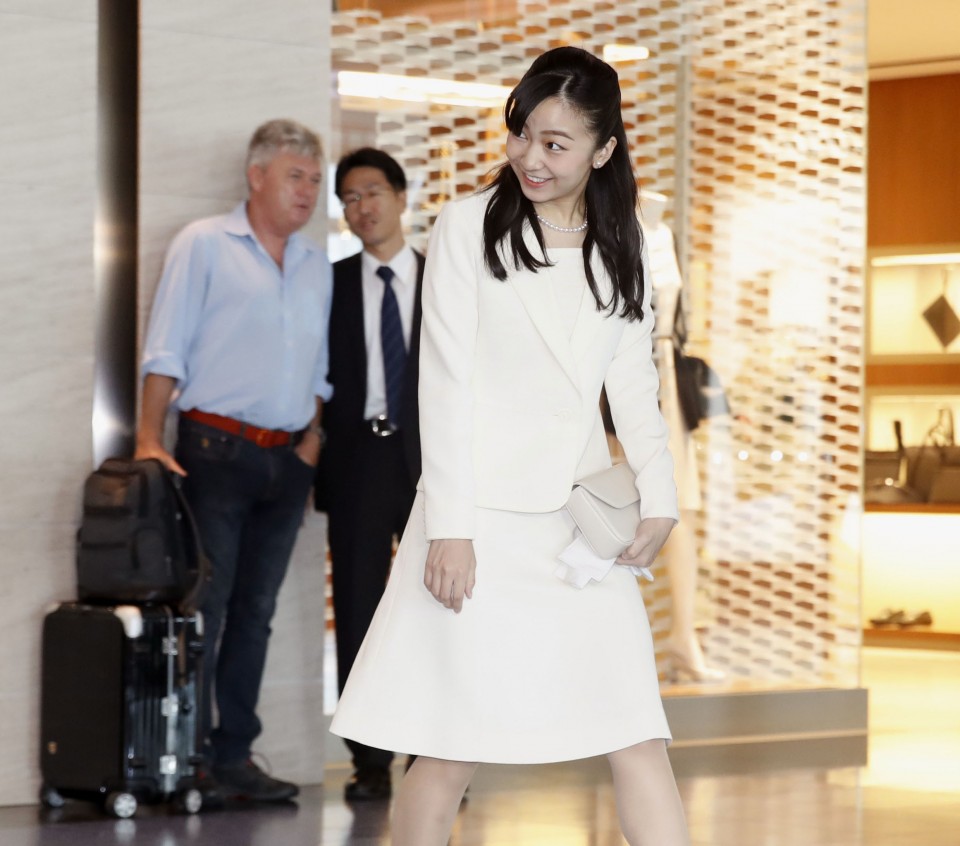 TOKYO - Making her first official overseas trip, Princess Kako, a niece of Emperor Naruhito, left Sunday for Austria and Hungary to mark the 150th anniversary of Japan's diplomatic ties with the two countries.

The 24-year-old younger daughter of Crown Prince Fumihito, the emperor's younger brother, will meet the presidents of the two countries during her 11-day trip through Sept. 25.

Princess Kako graduated this spring from the International Christian University in Tokyo where she majored in psychology. She also studied at Leeds University in Britain for nine months from September 2017.