Pope Francis to visit Japan on Nov. 23-26 after trip to Thailand

Pope Francis will visit Japan from Nov. 23 to 26, the Vatican said Friday, the first pontiff in nearly four decades to travel to the country.

The pope will arrive in Japan after his trip to Thailand from Nov. 20. In Japan, he is scheduled to travel to the atomic-bombed cities of Hiroshima and Nagasaki, along with Tokyo, and meet with Emperor Naruhito and Prime Minister Shinzo Abe, the Japanese government said.

The last pope to visit Japan, John Paul II, also went to Hiroshima and Nagasaki in 1981.

"It's significant that the pope, who pursues world peace, will visit Hiroshima and Nagasaki in terms of telling the world accurately about the reality of the atomic bombings," Chief Cabinet Secretary Yoshihide Suga said at a press conference.

In Japan, "there is a multitude of problems related to life and peace in addition to the issues of economy, environment and relations with neighboring countries," the Catholic Bishops' Conference of Japan said in a statement explaining the theme of the pope's visit.

The pope's visit is meant to express "our determination to proclaim the Gospel of life brought by Christ and to pray and work for the peace of Christ," it said.

With about 1.3 billion Catholics worldwide, the Roman Catholic Church is the largest Christian church. Christianity in Japan, however, is relatively minor compared with Buddhism, as is also the case in Thailand. 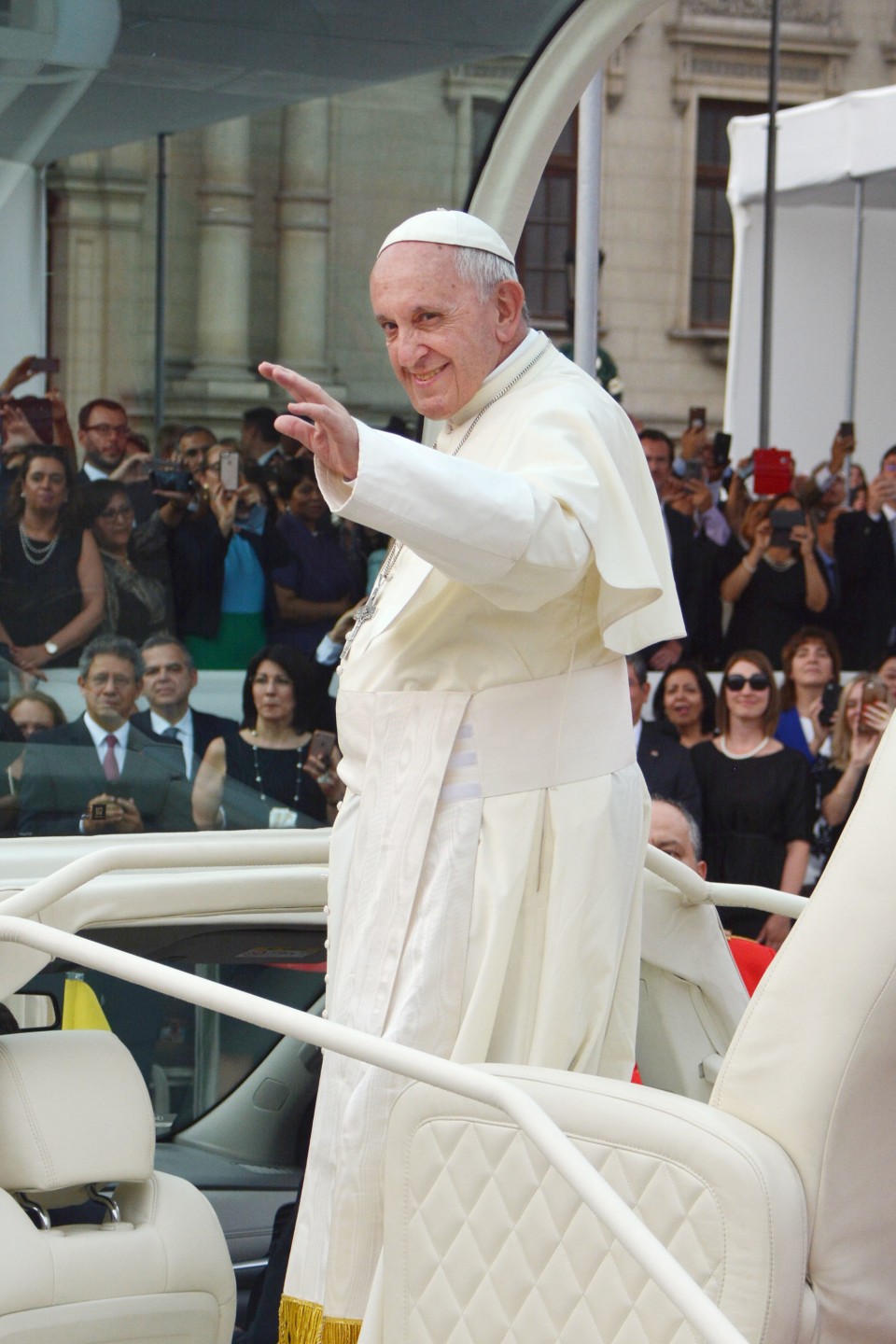 In Japan, the number of Catholics is about 440,000. The pope will hold a mass at a baseball ground in Nagasaki from 2 p.m. on Nov. 24 and at Tokyo Dome from 4 p.m. on Nov. 25, according to the Catholic Bishops' Conference of Japan.

Elected as pontiff in 2013, the 82-year-old Argentine has called for the abolition of nuclear weapons. The Holy See was quick to ratify the Treaty on the Prohibition of Nuclear Weapons that was adopted in 2017.

The mayors of Hiroshima and Nagasaki, along with the governor of Hiroshima Prefecture, had expressed hope that the pope would visit the cities devastated by the 1945 atomic bombings.

On Aug. 6, 1945, a U.S. bomber dropped a uranium-core atomic bomb named "Little Boy" on Hiroshima, in western Japan, killing an estimated 140,000 people by the end of that year.

Three days later, the United States used a plutonium-core atomic bomb known as "Fat Man," which killed an estimated 74,000 people as a result.

On Friday, Nagasaki Mayor Tomihisa Taue said he hopes the pope will send a message that will lead to the future, with a wish that "Nagasaki would be the last atomic-bombed site," and make an even fiercer push toward a world free of nuclear weapons.

During a meeting at the Vatican in 2014, Abe asked Pope Francis to visit Japan. In January, the pope said he would travel to the country.

Expectations had been growing in Japan that the pope would also travel to the northeastern Tohoku region, where reconstruction continues more than eight years after the March 2011 earthquake and tsunami that led to the disaster at the Fukushima Daiichi plant, the worst nuclear crisis since Chernobyl.

"We hope that the visit will become an opportunity to deepen bilateral relations further," Suga, the top government spokesman, said.