Kansai Electric Power Co. said Friday that 20 people at the company had "improperly" received a total of 320 million yen ($3 million) in money and goods from an individual with strong ties to the host of one of its nuclear power plants.

Kansai Electric President Shigeki Iwane, 66, said they accepted the money and goods over seven years since 2011 as congratulatory gifts to celebrate new posts and as seasonal greetings from the individual -- identified through tax inspection as the late deputy mayor of Takahama town in Fukui Prefecture. 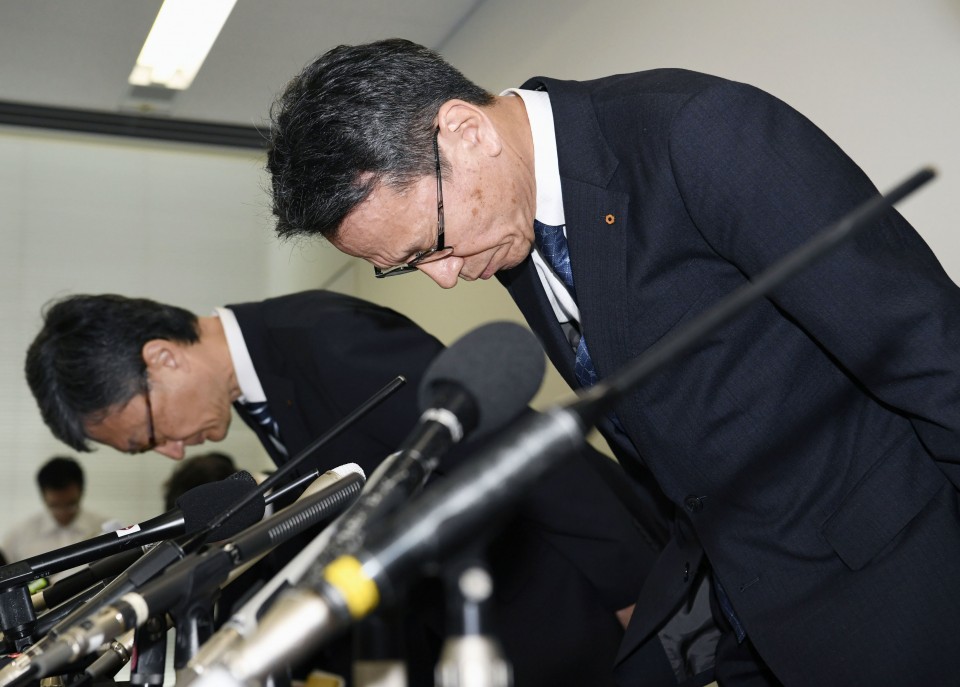 Iwane said they tried to return them, as they later found the money and the gifts to be excessive in relation to normal business practices.

But they were not immediately able to do so as the person refused to take back the money and goods in question. They have already returned what they deemed as excessive, he added.

Iwane declined to give details such as how much money was given to each person and what kind of gift they received.

"We deeply apologize to those involved and the public for causing worry and inconvenience," Iwane said at a hastily arranged press conference in Osaka.

Iwane, who admitted to receiving goods himself, and Chairman Makoto Yagi, 69, had their pay cut over the matter. While others were also subjected to disciplinary measures, Iwane declined to comment on details about the other officials.

"I would like to fully exercise my leadership so there will be no recurrence," said Iwane, adding he hopes to restore public trust in the utility together with Yagi. 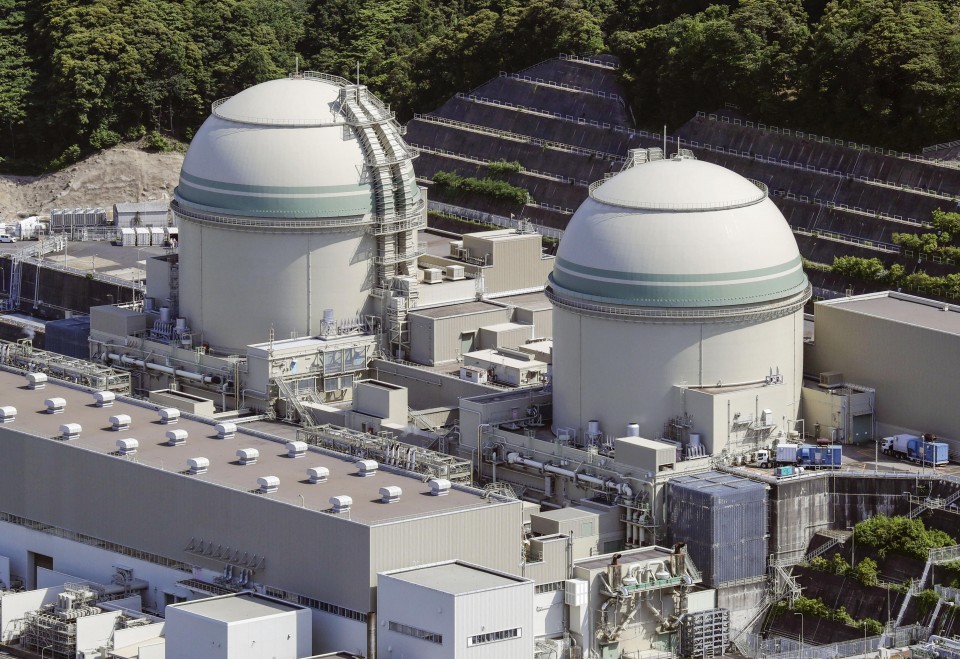 "It's essential for a company that handles public works to be trusted by people living in local areas and the country," the top government spokesman said at a press conference. "It's a serious problem that (people in the company) were receiving money and goods in opaque manners."

Investigations by tax authorities found that the former deputy mayor, Eiji Moriyama, who died at age 90 in March this year, found he received a 300-million-yen commission from a local construction company that was hired for projects at the Takahama nuclear complex, sources said.

The construction company in Takahama received at least 2.5 billion yen worth of work as part of plant projects, between 2015 and 2018, related documents showed.

Moriyama told the authorities he provided the money to Kansai Electric officials as a token of his appreciation for supporting the town, which has relied heavily on the nuclear plant economically, according to the sources.

The authorities also found that Iwane, Yagi and four other officials received a total of 180 million yen. Of the six, former Executive Vice President Hideki Toyomatsu received the largest sum, according to the sources.

Toyomatsu, 65, who retired from the executive post in June, was in charge of the utility's nuclear power business and worked to deal with areas hosting nuclear power plants.

Of the executives who received money, four started returning part of or all of the money soon after the tax authorities launched the probe in January last year.

Moriyama, who served as a deputy mayor from 1977 to 1987, was known for his relationship with the utility company even after retiring from the town government.

The Takahama plant, which began operation in 1974, generates about 20 percent of the utility's total output at its current capacity, with some of its reactors undergoing a checkup, according to the company.

As early as the 1960s, Takahama had become desolate due to an exodus of young workers as the town along the Sea of Japan had few job opportunities.

While struggling to attract businesses to the area, the town decided to host a nuclear plant as a source of revenue.

The industry ministry summoned Kansai Electric executives and ordered the company to conduct a probe on whether there are similar cases and fulfill its responsibility to offer explanations over the problem.

The government of Prime Minister Shinzo Abe aims to maintain nuclear energy to a certain extent, but reactivating the country's nuclear plants has met opposition following the 2011 Fukushima crisis triggered by a massive earthquake and tsunami.

"I'm worried that this incident would be associated with the issue of whether nuclear power is necessary," a senior official at the ministry said.