A Japanese high court upheld Wednesday a lower court decision dismissing a demand by local residents for nuclear reactors in Saga Prefecture, southwestern Japan, to be halted over safety concerns. 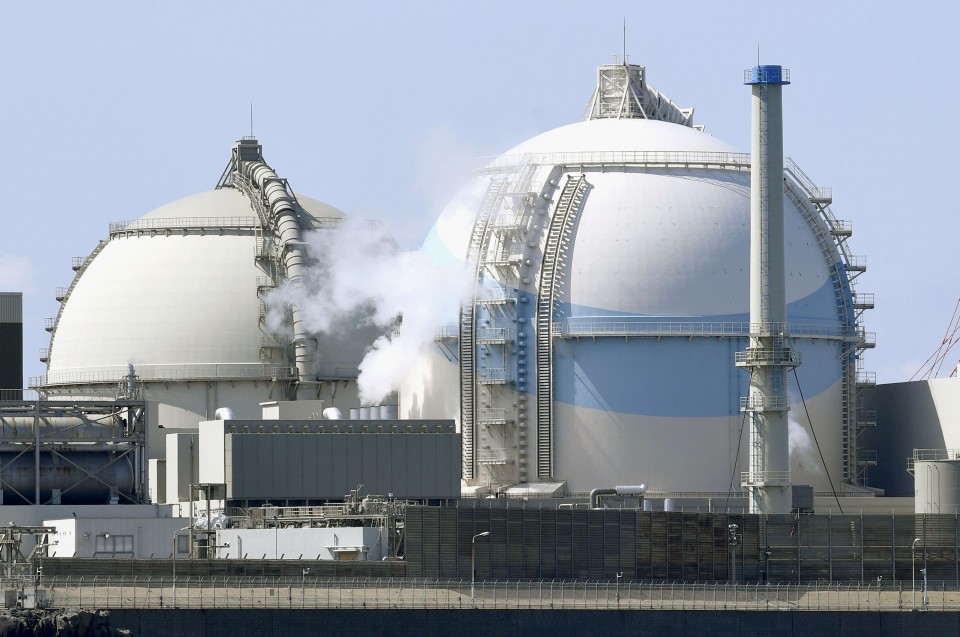 (The Nos. 3, right, and 4 reactors of the Genkai nuclear power plant.)

Presiding Judge Noriyuki Yamanouchi said in handing down the decision that it is hard to say "there is no possibility of a massive eruption" on volcanos including Mt. Aso in neighboring Kumamoto Prefecture, but the risk was small enough to be "disregarded according to common sense."

The high court also found no problem with the utility's counterterrorism measures.

The plaintiffs criticized the court's judgment as "unjust" at a press conference, but took a cautious stance on whether to appeal to the Supreme Court.

"Our claims so far were accepted by the court and we consider the decision appropriate," Kyushu Electric said in a statement. "We will continue to take voluntary steps to improve the safety and reliability of our nuclear power plants."

Around 70 residents had appealed the Saga District Court's ruling in March last year that denied an injunction to halt the operation of the reactors.

The plaintiffs had argued methods to evaluate the risk posed by Mt. Aso were not established and the counterterrorism measures at the plant were inadequate. 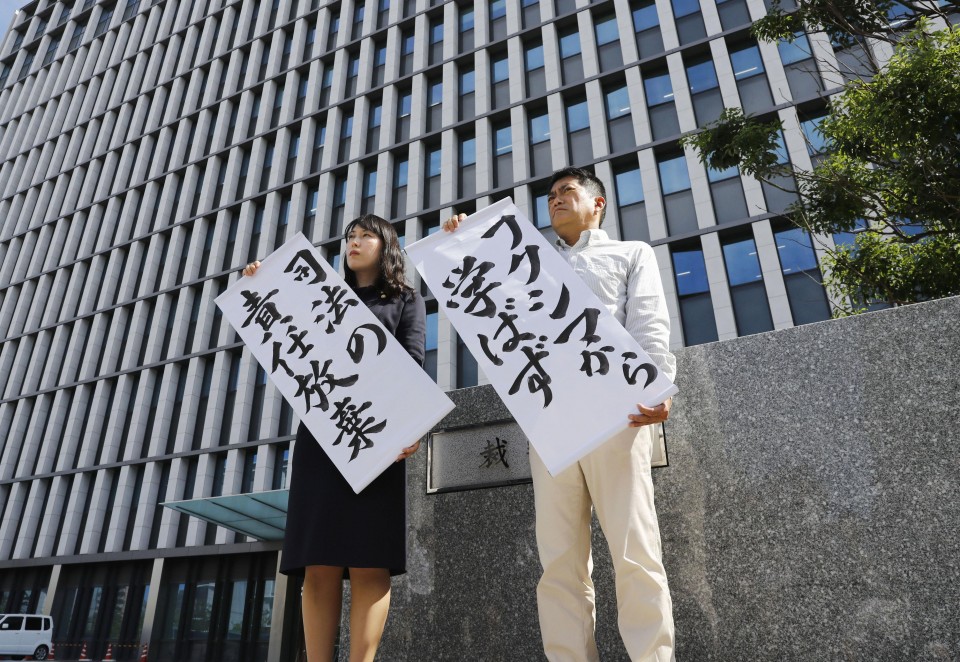 (Lawyers hold up banners outside the Fukuoka High Court after it upheld a lower court decision.)

Kyushu Electric had said the risk of pyroclastic flows from the volcano was low.

The district court determined there was no specific danger to the reactors in the event of a volcanic eruption, ruling the plant's quake resistance and evacuation plans were adequate.

The Nos. 3 and 4 reactors at the Genkai plant were reactivated between March and June last year, but operation of the No. 4 unit was suspended in August for regular inspections. The aging Nos. 1 and 2 reactors are set to be decommissioned.

Another group of local residents had similarly filed for an injunction to stop operation of the Nos. 3 and 4 units, but their request was rejected by both the Saga District Court and Fukuoka High Court.