A southwestern Japan city on Thursday became the country's first municipality to declare a "climate emergency," joining more than 1,000 local governments across the world resolved to tackle climate change.

The city of Iki in Nagasaki Prefecture said in the declaration that natural disasters and other phenomena caused by global warming pose a "significant threat" and vowed to lower its carbon dioxide emissions. The global movement was initiated in 2016 by the Australian city of Darebin in Melbourne.

An island city with a population of 26,500, Iki said the decision was prompted by unprecedented weather events in the municipality and elsewhere. Iki has been hit by torrential rain, which caused widespread damage and water shortages.

Specifically, the city government encouraged local residents to reuse resources and reduce waste, and vowed to completely shift sources of energy used in the municipality to renewables by 2050.

Last year, Iki was recognized by the central government for its efforts to achieve U.N. Sustainable Development Goals, which include actions against climate change. The city has also been promoting practical use of hydrogen energy.

"We want our residents to realize that this is a crisis," said an Iki official. The city said it will urge other local governments in Japan to make similar declarations. 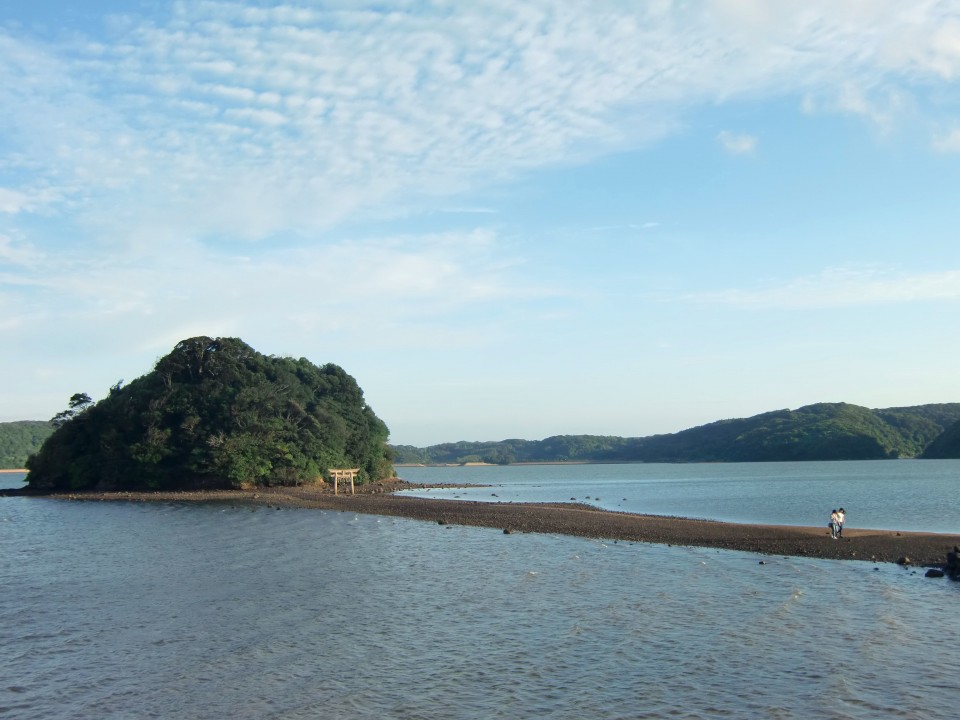 (A causeway that appears only during low tide leading to Kojima Shrine, a Shinto site on an islet off Iki Island in Nagasaki Prefecture, is seen on Sept. 14, 2014.)