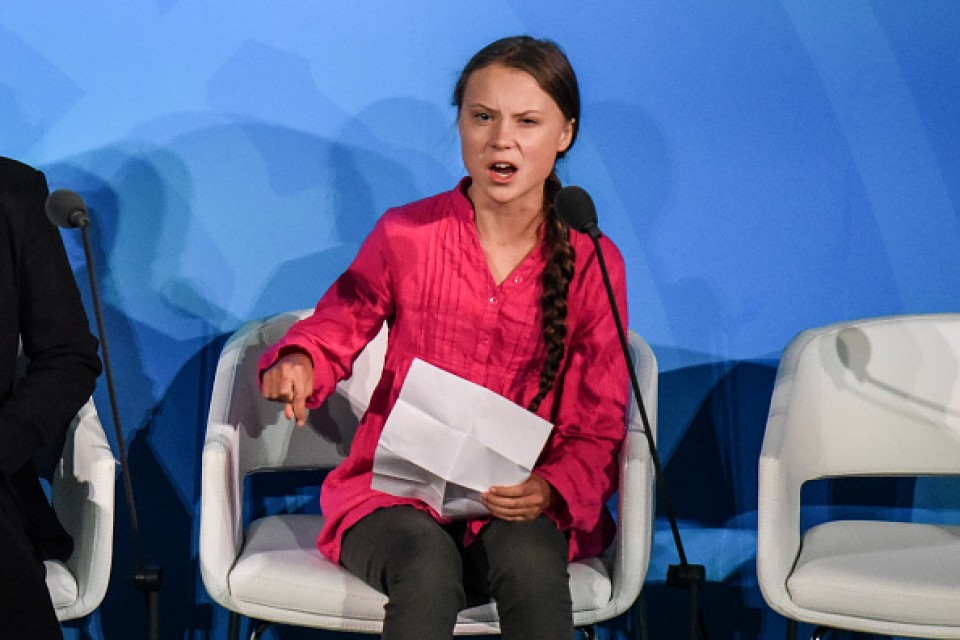 NEW YORK - High-profile Swedish youth activist Greta Thunberg pressed world leaders Monday at the U.N. Climate Action Summit to take immediate action to fight climate change, saying young people would not forgive them if they fail to do so.

"The eyes of all future generations are upon you, and if you choose to fail us, I say, we will never forgive you," said the 16-year-old, whose activism has ignited a wave of youth movements pushing for drastic steps to curb greenhouse gas emissions.

"You are failing us. But the young people are starting to understand your betrayal," she said.

Thunberg has gained an international platform through the #FridaysForFuture environmental activism movement she started in 2018.

Some 3 million people around the world joined youth-led "climate strike" protests Friday against inaction by world leaders on climate change, with many school students skipping school to join the events.

"I shouldn't be up here. I should be back at school on the other side of the ocean," Thunberg told the summit in New York. Referring to what she called the lack of progress in stopping global warming despite numerous pledges by politicians, she said, "How dare you! You have stolen my dreams and my childhood with your empty words."

The teen activist also denounced politicians for only talking about "fairytales of eternal economic growth" while the world faces collapsing ecosystems and "the beginning of a mass extinction."

Thunberg journeyed for 15 days across the Atlantic Ocean aboard a high-tech, zero-emissions yacht to arrive in New York in late August.

The U.N. Climate Action Summit wrapped up its one-day gathering with leaders from 77 countries vowing to effectively eliminate greenhouse gas emissions by 2050. Japan was not among the group of countries.

U.S. President Donald Trump, who pulled his country out of the 2015 Paris Agreement on climate change, made a brief and unexpected visit to the summit venue. He did not make a speech.

Teen activist rallies near U.N. for action on climate change