CHIBA, Japan - Hundreds of thousands of households near Tokyo were still without power and water on Wednesday amid intense heat after powerful Typhoon Faxai ripped through the metropolitan area earlier in the week.

Tokyo Electric Power Company Holdings Inc. said power cuts continued to affect some 386,000 households in Chiba Prefecture as of 10 p.m., and services will not be fully restored until Friday at the earliest, although it aims to fully restore them within a week.

It marks the largest power cut caused by a typhoon on record for the company, in terms of the number of households affected and length of downtime. 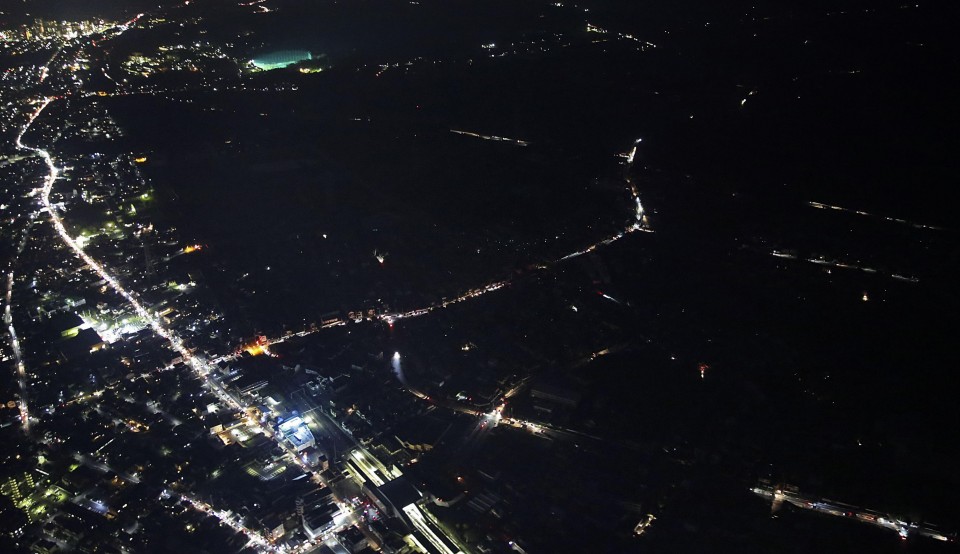 (Photo taken from a Kyodo News helicopter shows a large area of the city of Kimitsu, Chiba Prefecture, suffering power outages on Sept. 11, 2019.) 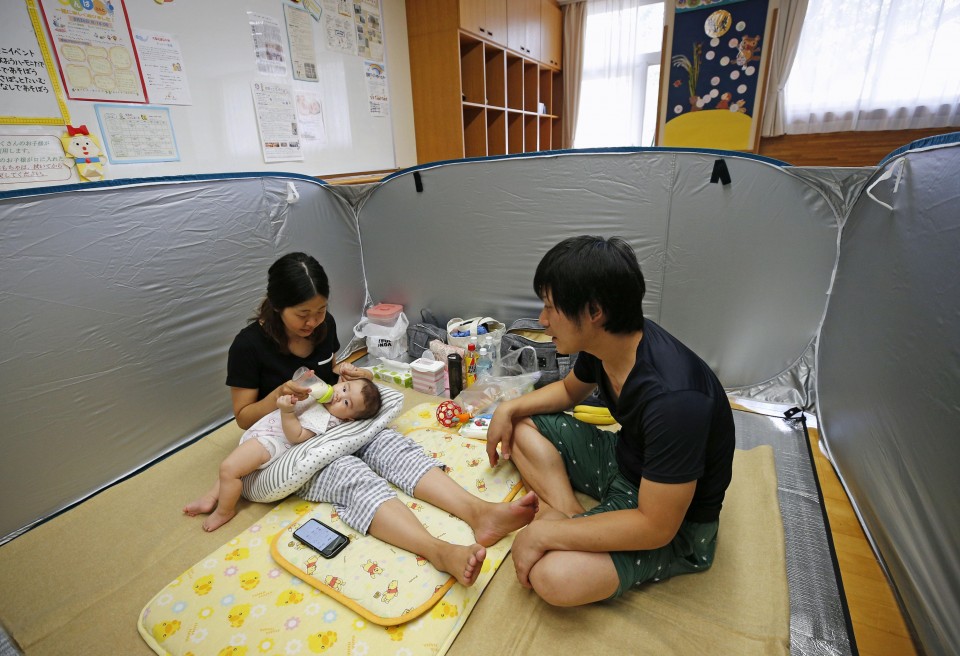 "With power outages continuing into the third day, stress is building among people," said Ichihara city official Shigemitsu Sakuma as hundreds of people arrived at the city office to collect water and charge mobile phones.

The utility had earlier sought to reduce the number of households in the prefecture without electricity from 500,000 on Tuesday to 120,000 by Wednesday morning, but there were delays in restoration work in cities including Kisarazu and Kimitsu due to thunderstorms and the limited visibility at night, it said.

Power has returned to all affected areas of Ibaraki, Shizuoka and Kanagawa prefectures.

Some 20,000 households in Chiba Prefecture were also without running water amid sweltering temperatures.

According to the prefectural government, water is not expected to return until the power cuts are resolved, as electricity is necessary to operate the purification system and other facilities.

The mercury in the Japanese archipelago soared after the typhoon passed, with Chiba's Kamogawa seeing 35.5 C -- its highest temperature of the year -- on Tuesday. The prefecture again experienced temperatures of over 30 C on Wednesday.

"My child was sweating so much that he had nothing left to pee," said a 21-year-old woman who was taking shelter at a special evacuation center set up in Kimitsu with her 10-month-old son. 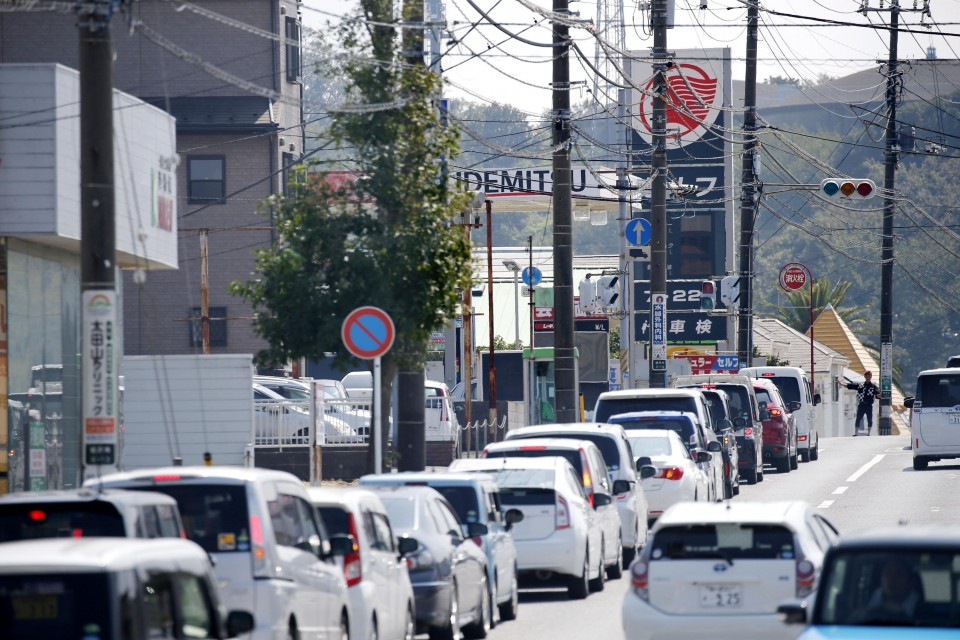 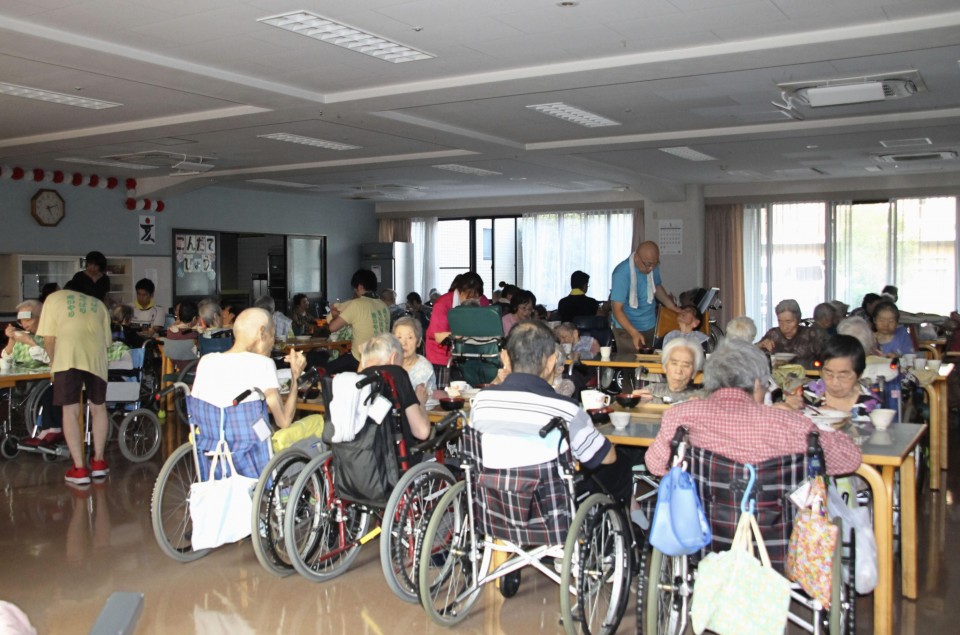 (People eat during blackout at a nursing home for the elderly in the city of Chiba, eastern Japan, on Sept. 10, 2019.)

Unable to use the air-conditioner in her home, Naoko Kimura took refuge at the evacuation shelter with her 2-year-old daughter.

"She was dripping with sweat and had severe heat rash. She couldn't even pee," the 37-year old mother said.

Following the power outage, Kimura had temporarily let her daughter sleep in the car by turning on the air conditioner. However, fuel soon started running low, and gas stations in the city had a wait time of up to two hours.

"I can't line up with a child along. I'll be here (at the shelter) until the power cuts are resolved," she said. 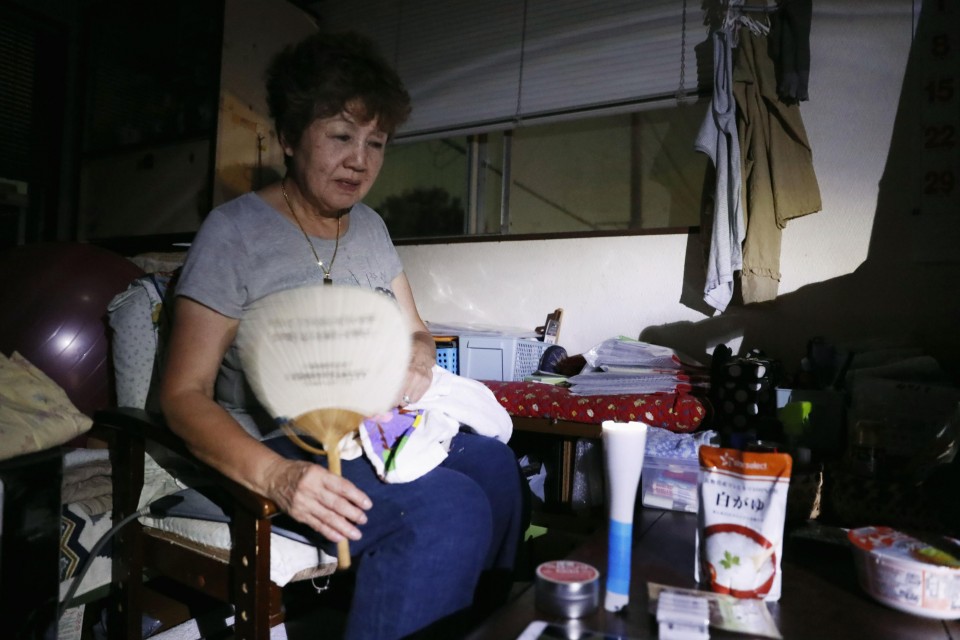 At least two elderly people in the prefecture have died, apparently due to heatstroke.

By 4 p.m. Wednesday almost 50 others had been taken to hospitals due to suspected heat exhaustion.

In Ichihara, some 14,000 bottles of drinking water provided by the city government in the morning were gone by midday.

"We're drawing spring water from the mountains to use for the toilet. I feel sorry for my grandchild, a university student, who has to study for his exams inside the car," said 83-year-old Kikuo Kometani.

"If only the electricity would come back," said the manager of a gas stand, lamenting that some customers had traveled to a neighboring city and waited hours to get fuel for their cars. 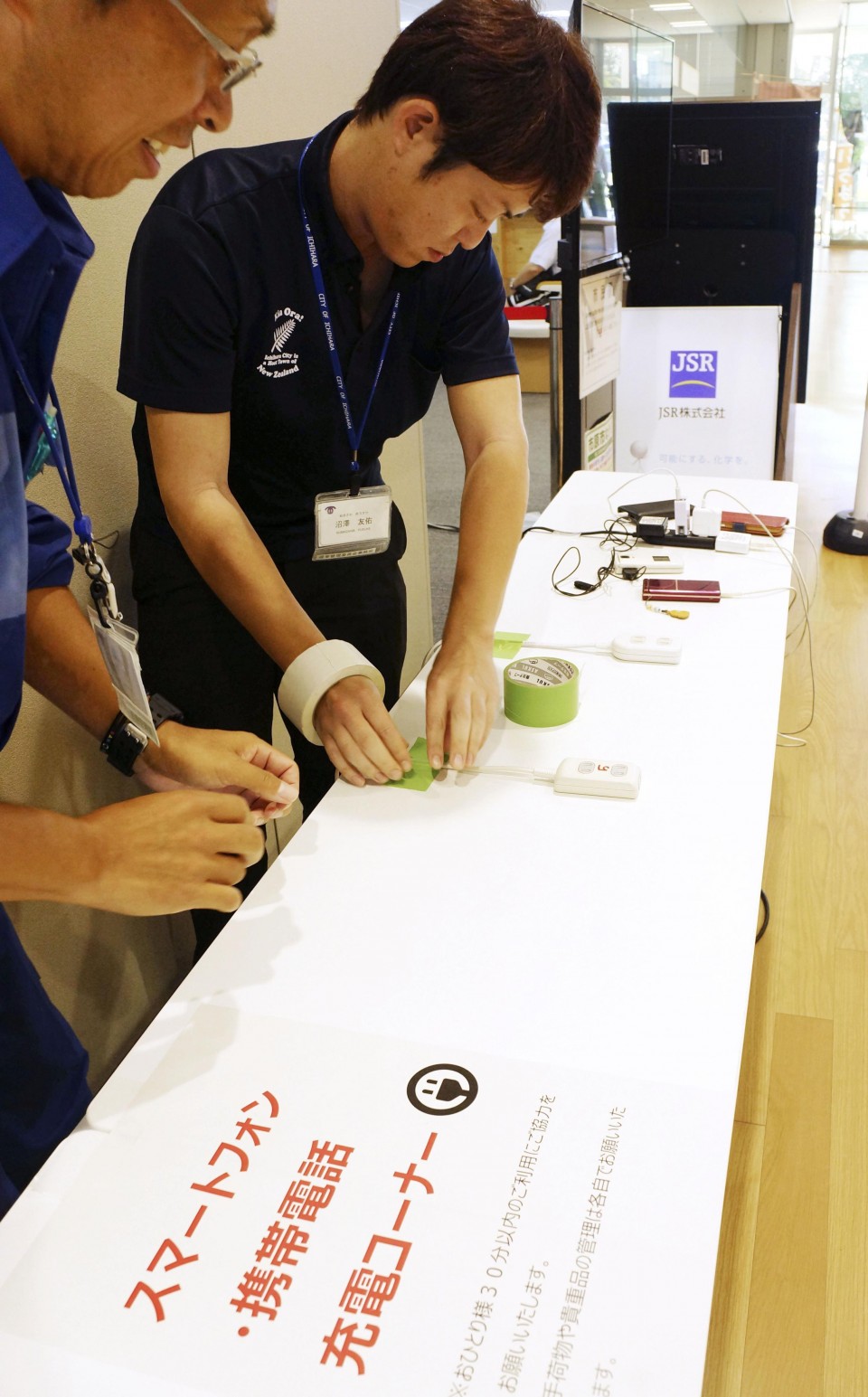 (Battery charging service for smartphones and cell phones at the city hall of Ichihara, Chiba Prefecture.)

"Working closely with local governments, we will provide dedicated support to residents," he said at a press conference.

It disrupted major transport networks in the metropolitan area and killed at least three people, while knocking over two power line towers and a number of utility poles in Chiba Prefecture, leaving about 935,000 households without electricity at one point in wide areas including the prefectures of Chiba, Ibaraki, Kanagawa, Shizuoka, and Tokyo.

Also in Chiba, more than 200 homes were damaged by the typhoon while farmland was also impacted, with rice fields and fruit farms ravaged just before harvest.